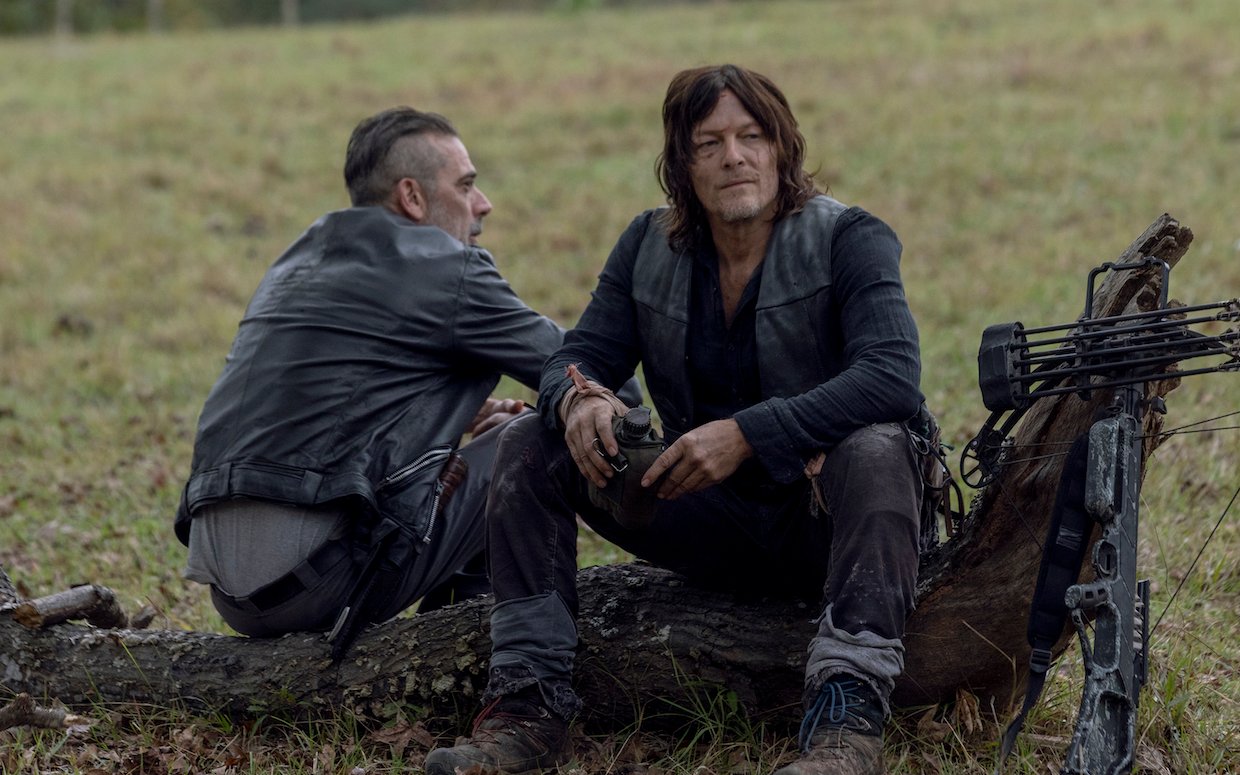 Much like the guts of a disembowelled walker victim, The Walking Dead’s final season has a lot of moving parts that need slotting back into place. Five episodes in, ‘Out of the Ashes’ starts to do exactly that by gradually pulling each individual story together all at once. But can the show untangle these figurative guts in a satisfying way before season eleven – and the series as a whole – comes to an end?

Aside from Daryl’s Reaper storyline, everything else that’s been going on recently continues to unfold this week. Maggie and Negan still hate each other, but now Father Gabriel is there to make things a tad less awkward. The Commonwealth storyline also progresses with rocky road ice cream, a cheesy video, and most crucially of all, a radio call that lands Eugene and co in trouble. Again. Meanwhile, Yumiko reunites with her brother, the baker, and Judith almost unites her sword with a random boy’s face. 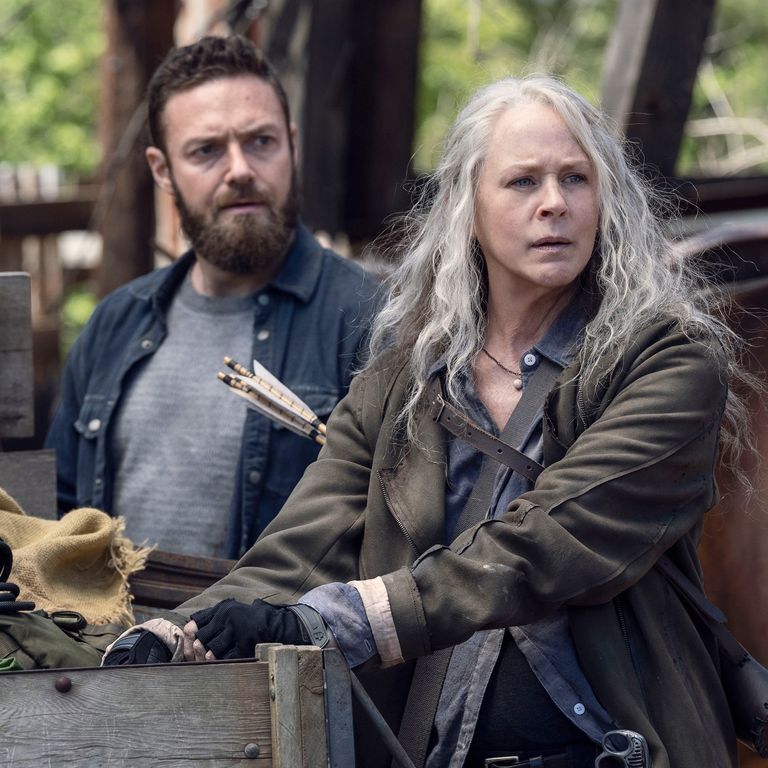 Gone are the days when this show used to shuffle along even slower than a lazy walker. But still, all this doesn’t even begin to cover everything that happened this week on The Walking Dead. Because by the time that ‘Out of the Ashes’ comes to an end, what you’re probably going to be most fixated on is the return of the Whisperers – and what one in particular says about a long-lost friend.

Following yet another walker breach, Carol, Aaron, Jerry and Lydia decide to sift through the charred remains of Alexandria to find some tools that can help them rebuild. Upon arriving at their former home, the group encounter some walkers moving in a suspiciously familiar way… It turns out that they’re being herded, which means that a Whisperer must be the one doing the herding.

Armed with that knowledge, it doesn’t take long for a man named Keith to be unmasked. “I’m all that’s left,” he claims. Apparently, the Whisperers scattered after Alpha’s death, and so now he keeps these walkers around for “protection, comfort, an old habit.” Keith also claims that he used to sneak food to Lydia through the long winters when Alpha, her mother, stopped feeding her.

Whether that last part is true or not, it soon turns out that Keith was lying about the rest. Other survivors are also holed up with him in a cellar nearby. Following that discovery, things quickly take a violent turn when Keith tries to slice Aaron with a knife, thereby confirming our hero’s suspicions about this group.

The others escape amidst the confusion, but Keith stays behind, and soon becomes the object of Aaron’s wrath. Cue a lot of questions about the Whisperers and whether they’re still a threat. When he doesn’t hear the answers that he wants, Aaron lets a shish kebab walker bite Keith’s hand with the promise that he’ll sever the man’s arm and save him from infection… but that’s if he tells the truth.

It’s at this point where Carol shoots the walker dead with an arrow to stop Aaron “doing something else you’re going to regret.” You know you’ve gone too far when even Carol is worried. “Gracie is going hungry because of them,” Aaron replies, revealing the true reason behind his rage towards Keith. 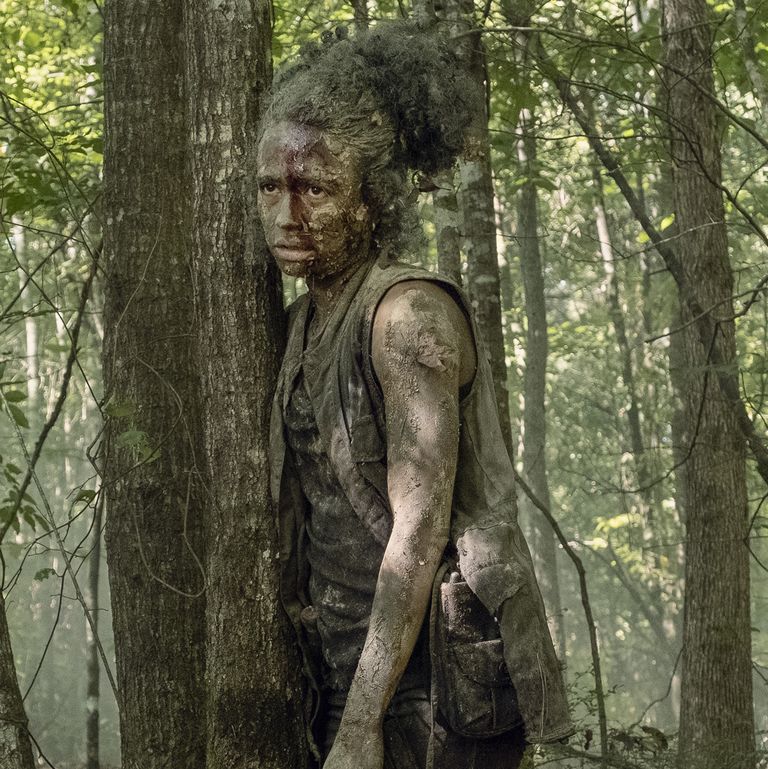 At the end, Carol gives the former Whisperer some mushrooms as a peace offering for getting bitten and losing a hand. Those had better be fancy truffle mushrooms, Carol, because Aaron was pretty brutal to Keith, even in this particularly savage post-apocalyptic world.

To thank Carol for her amazing mushrooms, Keith tells the group about a girl he saw step out of the cave after it collapsed, all the way back in season ten. Everyone, including us, assumes that this is Connie, so Carol immediately suggests heading out to look for her around that charmingly named ‘Screaming Cave’ near Alexandria.

It’s easy to see why Carol reacts like this. After all, she’s the one who caused the cave to collapse in the first place. Boom goes the dynamite! And for all this time, it was assumed that Connie didn’t survive (unlike Magna, who was also trapped in that initial cave-in). But now that there’s hope, Aaron suggests they go search for Connie at first light.

But of course, we already knew that she’d survived because Connie actually popped up very briefly at the end of the season-ten finale. The reason why this hasn’t been acknowledged on the show since is that Lauren Ridloff, the actress who plays Connie, has been busy working on Marvel’s upcoming film, The Eternals, so she had to split her time between The Walking Dead and the superhero Makkari.

But assuming that Keith is telling the truth about what he saw, it looks like Lauren will be returning to The Walking Dead very soon. Speaking to Metro, showrunner Angela Kang teased Connie’s “re-entry into the story” as a “little mini horror movie” story. “Greg Nicotero directed it and did an amazing job,” said Kang. “And Lauren is amazing and Kevin Carroll who plays Virgil is amazing so I just, I think that it’s just a really fun episode to watch. I’m excited for that one.”

How Connie’s return will impact the other stories going on right now remains to be seen. But given how much the Whisperer War impacted our heroes, and Carol in particular, expect to see plenty more drama before The Walking Dead utters its last breath and shuffles off into the night one last time.