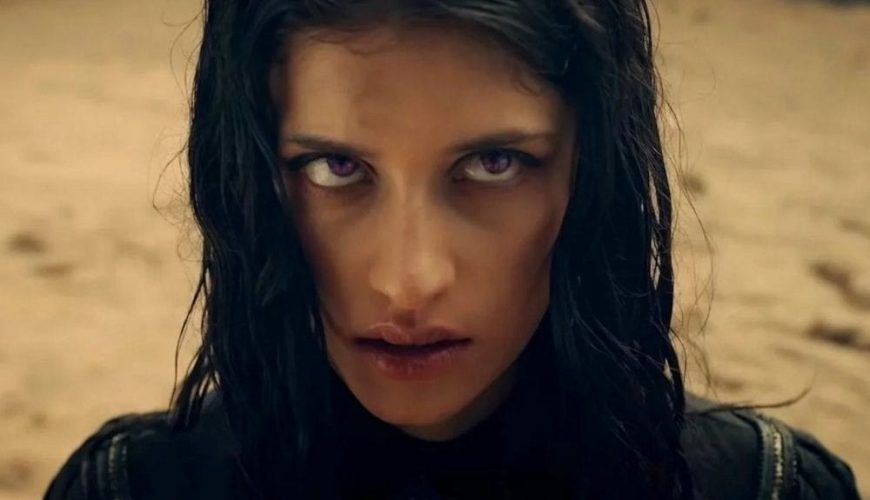 While it is known that The Witcher Season 3 is currently in full-on production, there is no definitive launch date for the upcoming season as of yet nor a trailer. What there are, however, are continuing reports of various scenes being filmed and actors involved with them. That includes, but is not limited to, reports about Anya Chalotra, who plays Yennefer of Vengerberg in the series. As indicated at the end of The Witcher Season 2, it would appear that there’s good news for fans of the series as Yennefer’s magic is really, truly back.

According to a recent report from Redanian Intelligence, Chalotra filmed a scene in front of a blue screen at the studio where Yennefer was doing some magic. What exactly that scene could be when the season actually comes out remains a mystery, but it does seem to confirm that Yennefer’s magic is restored in full following a particularly harrowing Season 2 for the character.

In the show, Yennefer essentially lost the ability to do magic following her ferocious attack at Sodden in the first season. The second season was spent with her trying to find a way to get it back and essentially being manipulated into sacrificing Ciri (Freya Allan) in her quest for its return. Despite this, at the end of the season, Yennefer sacrificed herself for Ciri instead and showcased some ability to do magic. The report about Season 3 appears to confirm that Yennefer’s magic has really returned, though it remains to be seen in what actual capacity.

As noted above, The Witcher Season 3 does not yet have a definitive launch date, but the first two seasons as well as the anime film The Witcher: Nightmare of the Wolf are currently available to stream on Netflix. Lauren S. Hissrich serves as showrunner on The Witcher. It stars Henry Cavill as Geralt of Rivia, Anya Chalotra as Yennefer, Freya Allan as Ciri, and Joey Batey as Jaskier. Newly announced cast members for Season 3 include Robbie Amell as Gallatin, Meng’er Zhang as Milva, Hugh Skinner as Prince Radovid, and Christelle Elwin as Mistle. You can check out all of our previous coverage of Netflix’s The Witcher right here.

Are you looking forward to the new season of Netflix’s The Witcher? What do you make of the latest report about Yennefer in Season 3? Let us know in the comments, or feel free to reach out and hit me up directly over on Twitter at @rollinbishop in order to talk about all things television and gaming!