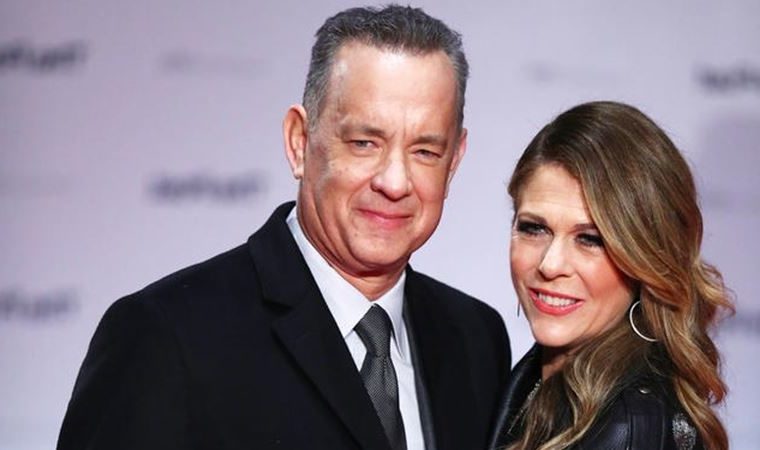 The actor said he and his wife, Rita Wilson, had tested positive while in Australia, where he was set to begin production on a film.

LOS ANGELES — The actor Tom Hanks said on Wednesday that he and his wife, Rita Wilson, have the coronavirus.

Mr. Hanks and Ms. Wilson, both 63, are in Australia, where he was set to film a movie about the life of Elvis Presley. “We felt a bit tired, like we had colds, and some body aches,” the Academy Award-winning actor said in a statement. “Rita had some chills that came and went. Slight fevers, too. To play things right, as is needed in the world right now, we were tested for the coronavirus, and were found to be positive.”

He added that he and Ms. Wilson “will be tested, observed and isolated for as long as public health and safety requires.”

“Not much more to it than a one-day-at-a-time approach, no?” Mr. Hanks said in his statement, which he also posted on Instagram accompanied by a photograph of a lone medical glove in a hazardous waste container. “We’ll keep the world posted and updated.”

Mr. Hanks is by far the most prominent entertainment figure to say he has the virus and, by going public with the information, instantly becomes the face of an outbreak that has cascaded around the globe.

With the seriousness of the pandemic still being debated in some corners of the media, learning that Mr. Hanks, the star of films like “Saving Private Ryan” and “Apollo 13,” has been stricken may make the situation seem much more tangible to some Americans. At virtually the same time that Mr. Hanks released his statement, the N.B.A. announced it was suspending its season. Hours before, the N.C.A.A. said its men’s and women’s basketball tournaments would be played without spectators.

Ann Curry, a journalist and former host of NBC’s “Today,” said on Twitter: “Ok, now we all have someone we love diagnosed with #coronavirus.”

Other Hollywood stars immediately offered their support for the couple.

“Wishing two of the kindest, coolest, most talented people in the world ⁦⁦@tomhanks⁩ & @RitaWilson a swift recovery,” Mia Farrow said on Twitter.

In the movie he was in Australia to film, Mr. Hanks is playing the role of Colonel Tom Parker, Presley’s eccentric manager, who groomed the famous singer for stardom in the 1950s.

Production on the film, which is being directed by Baz Luhrmann and does not yet have a title, is set to begin on Monday. Warner Bros., the studio behind the movie, has said it spans “over 20 years, from Presley’s rise to fame to his unprecedented stardom, against the backdrop of the evolving cultural landscape and the loss of innocence in America.”

Mr. Luhrmann, an Australian, wrote the script with Craig Pearce, with whom he also wrote “The Great Gatsby” and “Moulin Rouge!” Australia has had more than 120 cases confirmed cases of coronavirus.

“The health and safety of our company members is always our top priority, and we are taking precautions to protect everyone who works on our productions around the world,” Warner said in a statement.

Warner has been among the Hollywood studios most affected by the coronavirus epidemic because of its large television production division, which makes more than 80 shows.

Also on Wednesday, Warner confirmed that it had suspended production of “Riverdale,” a teenage drama based on Archie Comics characters that runs on the CW network, because of the coronavirus. “Riverdale” films in Vancouver, British Columbia.

“We have and will continue to take precautions to protect everyone who works on our productions around the world,” Warner said in its “Riverdale” statement.

In the United States, the number of cases has surpassed 1,150, and warnings about the safety of mass gatherings has begun to have tangible effects in the entertainment world. Daytime talk shows like “The View” and “Live With Kelly and Ryan” filmed without their usual studio audiences on Wednesday, and late-night shows based in New York, like “The Late Show With Stephen Colbert” and “The Tonight Show Starring Jimmy Fallon,” announced that they would go without studio audiences starting on Monday.

“The Ellen DeGeneres Show,” a Warner production in Burbank, Calif., will also begin taping without a studio audience.