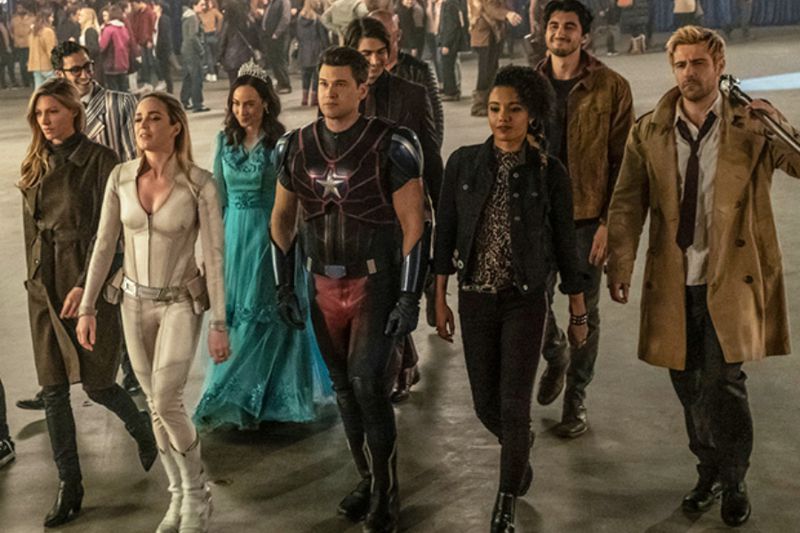 Legends of Tomorrow’s latest episode used the Loom of Fate to bring back some characters who had died or were changed by time.

WARNING: This article contains major spoilers for “The One Where We’re Trapped on TV,” the latest episode of DC’s Legends of Tomorrow.

In “The One Where We’re Trapped on TV,” the latest episode of DC’s Legends of Tomorrow, the Season 4 version of Zari Tarazi returned. After possessing her predecessor for most of the episode, she was granted a new lease on life by Charlie, who used a life thread to split both Zaris into their own bodies. 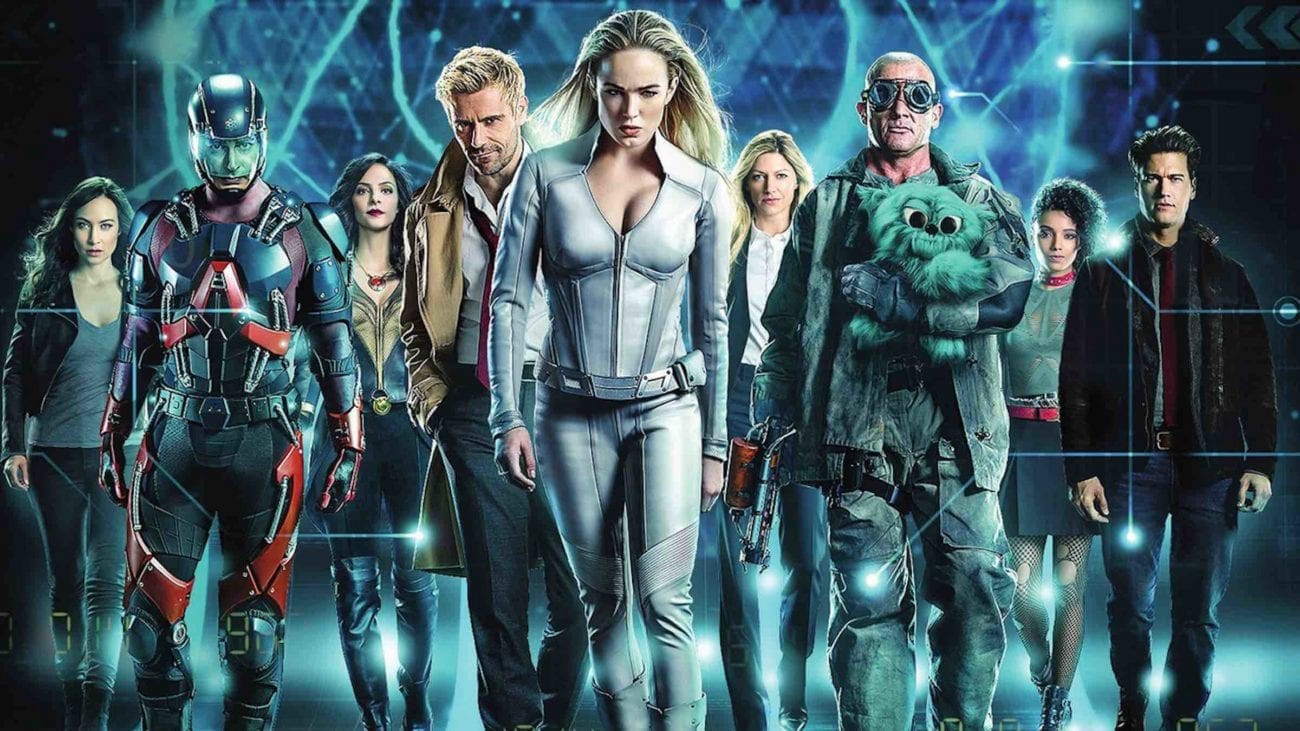 When the episode picked up, Zari 2.0 was a character on a Friends parody show called Ultimate Buds. Suddenly, the Tarazis’ air totem began to glow and vibrate, so Nate picked it up and got burned. He dropped it, only for a shadow of Zari’s previous self to emerge. The two Zaris looked at one another for a moment, then Zari 1.0 stepped into Zari 2.0’s body and took possession of it. With her memories intact, she led Nate and Behrad to find the rest of the Legends, who were scattered across other TV shows.

Ultimately, Zari 2.0 was successful in reuniting the Legends. Then, Gary and Mona snapped them out of their TV personas by rewriting their stories from Loomworld. Much to Charlie’s dismay, the Legends refused to go back to their fake lives.

“You morons!” Charlie cried. “You just couldn’t leave it alone, could you? I gave you everything that you wanted! I brought Sara and Behrad back to life. Mick, I made you a criminal again. It’s just like you wanted! I even gave Astra a happy childhood for you, Johno.”

“Yeah, bollocks. You just used us to keep people under control,” Constantine countered.

“Well, it’s better that than you lot dead,” Charlie shot back. “I still have your life threads. I can put the shows back on air. I’ll do rewrites! Behrad, you want the old Zari back? I can do that! Look!” With that, she seized Zari’s life thread and split it in two. 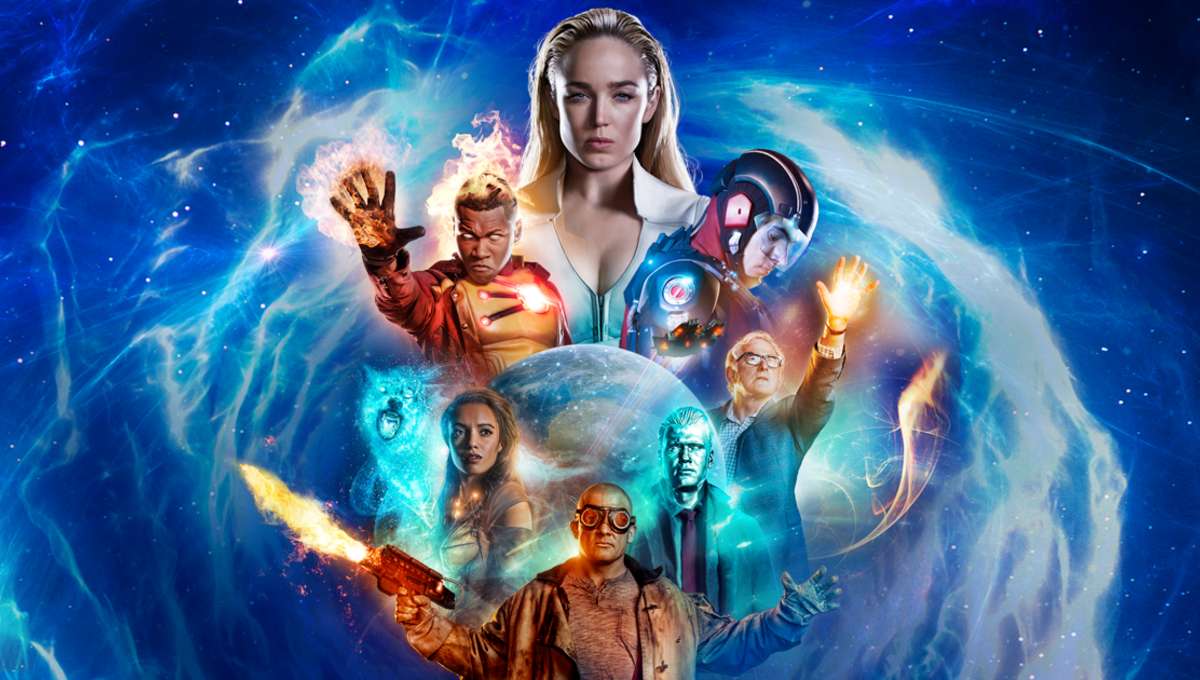 This caused Zari’s body to jerk. Then, Zari 1.0 stepped out of Zari 2.0’s body and into her own corporeal form, much to everyone’s surprise. Zari 2.0 immediately went to Behrad, relieved to see him living once again. Meanwhile, Zari 1.0 approached Nate and took his hands in her own.

Nevertheless, this wasn’t enough to win over the Legends. “Charlie, you can’t bribe us into taking the blue pill,” Behrad insisted.

“I’m not bribing. I’m begging,” Charlie said. “My sisters will kill you.”

“Lita is out there somewhere. I’m not staying here,” Mick added.

“Just accept your fates! Don’t walk out that door!” Charlie begged, but they walked out anyway. This led Mona and Gary to cheer their teammates’ freedom, but Charlie was devastated. “And I can’t help them anymore,” she admitted. 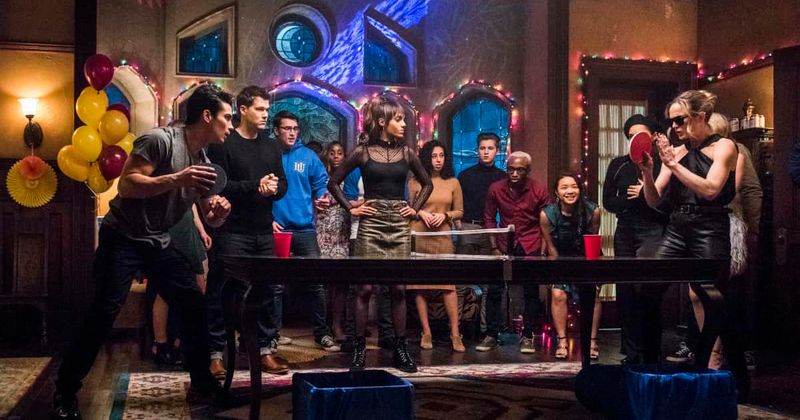 Heading into next week’s season finale, the Legends will have to fight Fate itself in order to free the world from the tyranny put in place by Charlie’s sisters Lachesis and Atropos. They’re off to a good start, since they called for rebellion before they left TV for good. This caused the people of Loomworld to rejoice, which may mean they have the public on their side as they head into their final battle.

However, it is unclear what this means for Zari — both of them. Plus, Legends executive producer Marc Guggenheim told CBR the finale will have one of the most emotional moments in all the series: “There’s a moment towards the end that I would say is probably one of the most emotional moments of the whole series, and I thought the cast just really acted the hell out of it — one cast member in particular, but I can’t say who without coming dangerously close to spoiling it.” We’ll just have to wait until next week to find out.