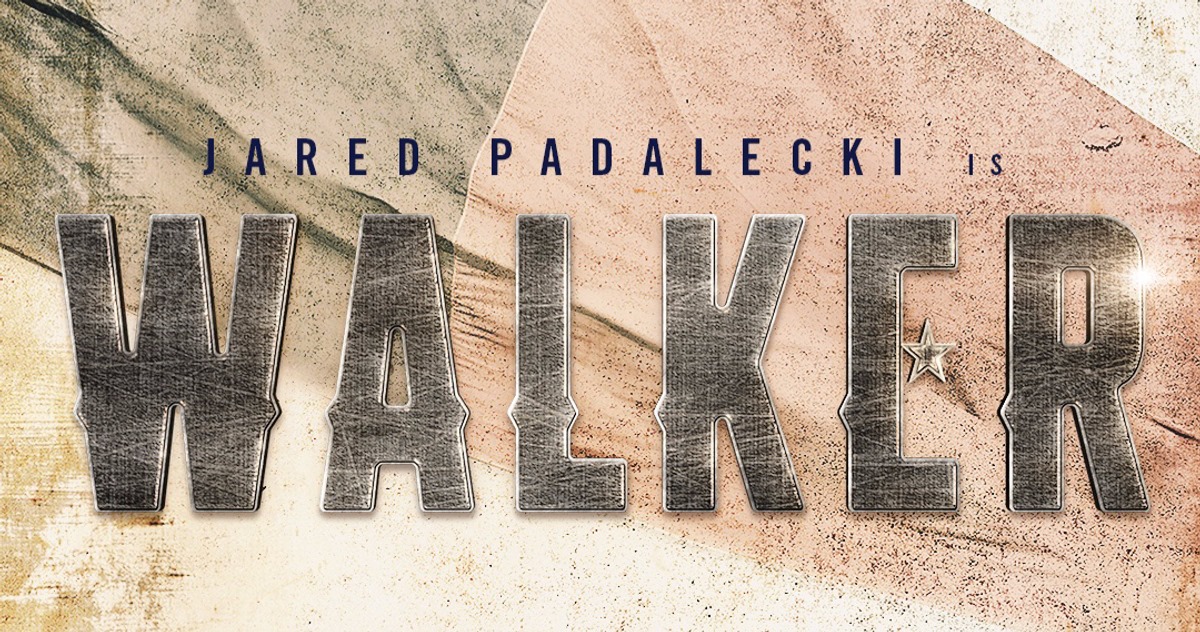 Of all the noteworthy revivals, reboots and reunions happening in television these days, only one of them dares to take on a role once coveted by world-renowned badass Chuck Norris. I’m talking, of course, about The CW’s upcoming Walker, a new iteration of Norris’ Walker: Texas Ranger, the former CBS drama that has lived on in syndication ever since it wrapped in 2001. This new version is being brought to audiences by executive producers Anna Fricke and Dan Lin, with former Supernatural star Jared Padalecki in the starring role. (He also serves as an EP.)

The Walker reboot will debut on The CW in January, and has been building its cast up over the months after filming fully got underway following pandemic-related delays. We’ve already gotten a decent look at the dust-kicking drama thanks to the first trailer, and below is a full list of all the confirmed series regulars that audiences can expect to see, as well as who they’ll be playing in the show. And don’t forget to check back for updates as they are announced!

After spending 15 seasons as one-half of Supernatural’s monster-hunting Winchester brothers, Jared Padalecki will finally be the solo lead of his own TV show thanks to Walker. Also a vet of such projects as Gilmore Girls and 2009’s Friday the 13th reboot, Padalecki will be taking on the titular role of Cordell Walker. In the update, Cordell is a widower and father who makes a long-awaited return to Austin after being on a case for two years while undercover. Naturally, the morally wavering Ranger finds there’s no lack of issues to worry about back at home, both on the criminal side of things, and on the “reconnecting with his children” side of things.M

CW viewers and soap opera fans may already be very familiar with Lindsey Morgan, who main roles on both General Hospital and the recently concluded sci-fi drama The 100. When she shows up on Walker, Morgan will be playing the role of Cordell’s partner, Micki Ramirez, who has the distinction of being one of the first women to ever hold rank in the Texas Rangers. According to the early logline, Cordell will find that he has shares unexpected common ground with Micki, so perhaps she has also experienced the death of a spouse. This will be a gender-swapped role, more or less, since the original TV show featured actor Clarence Gilyard as Walker’s partner and best friend Jimmy Trivette, while Blood & Treasure’s Matt Barr will guest-star as Cordell’s current BFF.

Having most recently taken guest roles on Netflix’s What/If and Rick and Morty, actor Keegan Allen is probably best known as Toby on Pretty Little Liars. It seems he’ll be playing a more morally upstanding citizen on Walker, however. Allen will play Cordell’s brother Liam, who had to step up and take charge during Cordell’s extended absence. Liam is an ADA in Austin, too, so it’s more than likely that the brothers’ paths will cross many times, both in a professional and familial sense.

A veteran of The X-Files and Sons of Anarchy, Mitch Pileggi took a few years away from TV following his stint on Dallas – he’s apparently fond of Texas-based western dramas – but returned in a big way in 2019, appearing on shows such as NCIS, Supergirl and The Rookie. In Walker, Pileggi will take on the role of Cordell’s father Bonham. While not much is known just yet, we do know Bonham is a rancher who lives by traditional means. That may very well come into play when Cordell aims to go about something in ways that go against the grain.

TV vet Molly Hagan is probably best known for roles on the sitcoms Herman’s Head and Unfabulous, but she has been popping up in all kinds of great shows in recent years, from Law & Order: True Crime to Better Call Saul to The Orville to Narcos: Mexico. Clearly the actress can’t be nailed down to a single genre, and Hagan will dip her toes into Western waters for Walker, where she will play Cordell’s mother Abeline. To date, Abeline has only been described as “perceptive,” which likely means she will be a source of guidance and advice for her son, and may serve as a boundary if sparks are struck between Cordell and his brother or father.

With notable past roles on shows such as Shameless and Once Upon a Time, actor Jeff Pierre popped up on TV a handful of times in 2020 thanks to roles on Tacoma FD and The Rookie. On Walker, Pierre will keep up his streak of public service roles, as he’ll play an Army medic named Trey Barnett, who has recently returned to the States after his most recent deployment. While adjusting back to civilian life isn’t easy for Trey, he can definitely find comfort in his strong and trustworthy relationship with Micki.

An actor whose career was spent almost entirely on the small screen, Coby Bell is probably best known as a lead on Third Watch, The Game, and Burn Notice. After spending recent years hunting for mutants and military criminals on The Gifted and SEAL Team, respectively, Bell is heading to Walker in another authoritative role. One of Cordell’s former colleagues, Bell’s character Larry James is now Cordell’s boss as a Captain within the Texas Rangers. One can assume their friendship will override any issues they face, but that likely won’t hold true for the entire series.

As one of the younger stars joining the Walker reboot, actress Violet Brinson doesn’t boast as long a resume as some of her co-stars. But those who watched HBO’s Sharp Objects and Showtime’s The Comey Rule will likely recognize her. Understandably, Brinson isn’t playing one of Cordell’s fellow Rangers, but rather the character’s daughter, Stella Walker. It doesn’t sound like the apple fell far from the Texas tree in this case, as Stella will be a stubbornly confident and mildly rebellious teen who no doubt went through some emotions without her father around for two years.

Another Walker star whose career is yet to fully flourish, Kale Culley – whose name will always bring Kid Cudi to my mind – has appeared in shows such as black-ish, Fresh Off the Boat and NCIS, with his most recent role coming in the Disney Channel sitcom Sydney to the Max. For Walker, Culley will be played Cordell’s son and Stella’s brother Arlo Walker. The younger sibling is more on the thoughtful and creative side of things, so it’ll be interesting to see how he factors into the storylines.

The real-life wife of Walker’s lead actor, Genevieve Padalecki had only just recently joined hubby Jared on screen for Supernatural’s final season, where she reprised her former role Ruby. The actress went into quasi-retirement in 2012 after giving birth to their first of three children, but she’ll make her second return to the small screen for Walker for a guest spot as the late Emily Walker. The details surrounding Emily’s death come into question upon Cordell’s return to Austin, and he begins to suspect that the details surrounding her death don’t add up.

The second Supergirl alum to pop up here, Odette Annable played the Girl of Steel’s worldkiller Reign, and is also known for roles on Tell Me a Story, Banshee and House. Though not a main character on Walker, Annable’s Geri sounds like she could still be an important presence. Geri serves up drinks at the local bar The Side Step, and is an old friend of Cordell and Emily’s. Though she hadn’t seen Walker since Emily’s funeral, they eventually reconnect over their old friendship and shared tragedy.

Walker will also boast other recurring actors such as Grey’s Anatomy’s Alex Landi, Atypical’s Gabriela Flores and new-to-TV actor Chris Labadie. You can check out everyone in action when Walker makes its debut on The CW on Thursday, January 21, at 8:00 p.m ET. While waiting for it to arrive, check out our Winter and Spring 2021 TV premiere schedule to see all the other new and returning shows on the way in the new year.