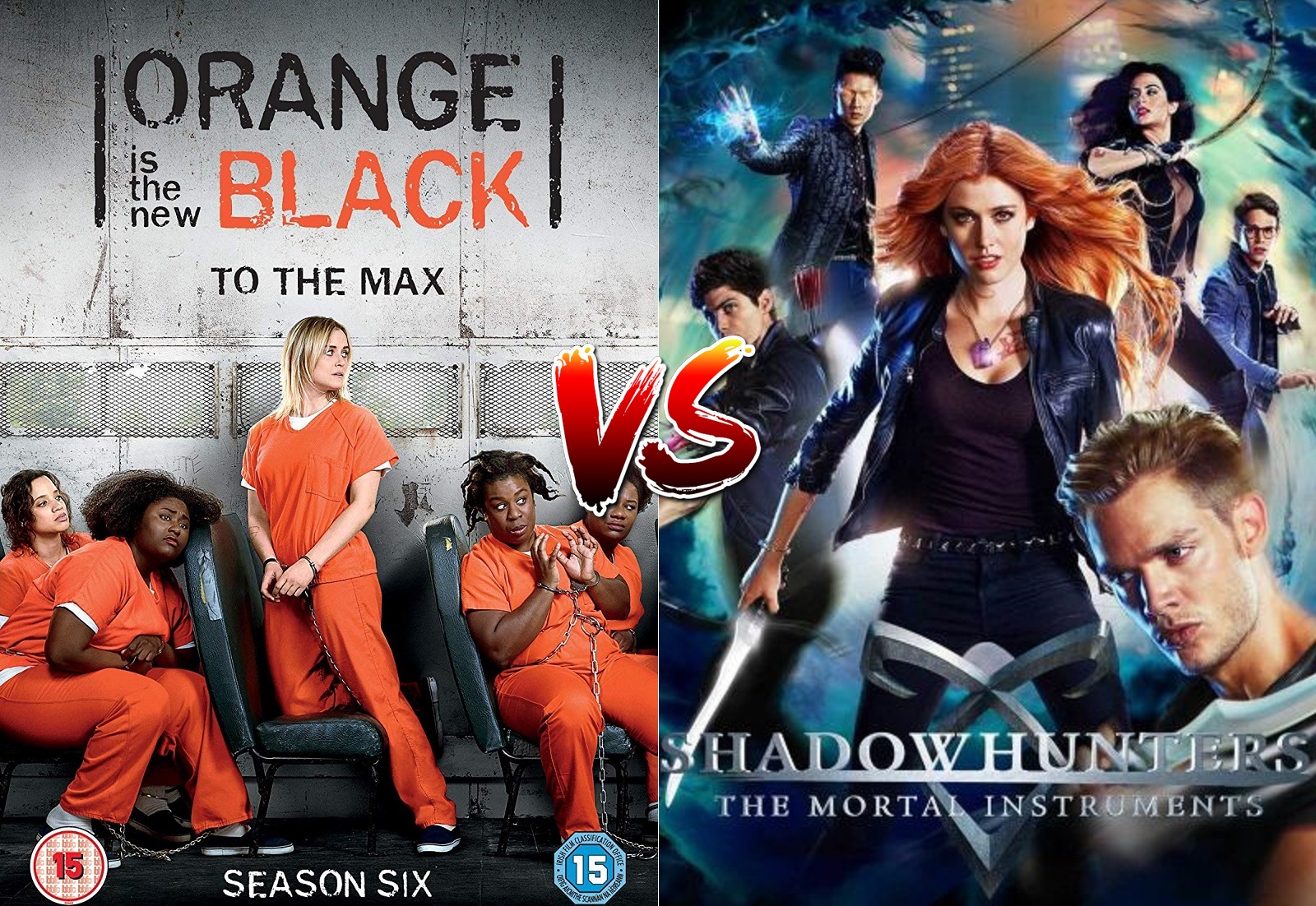 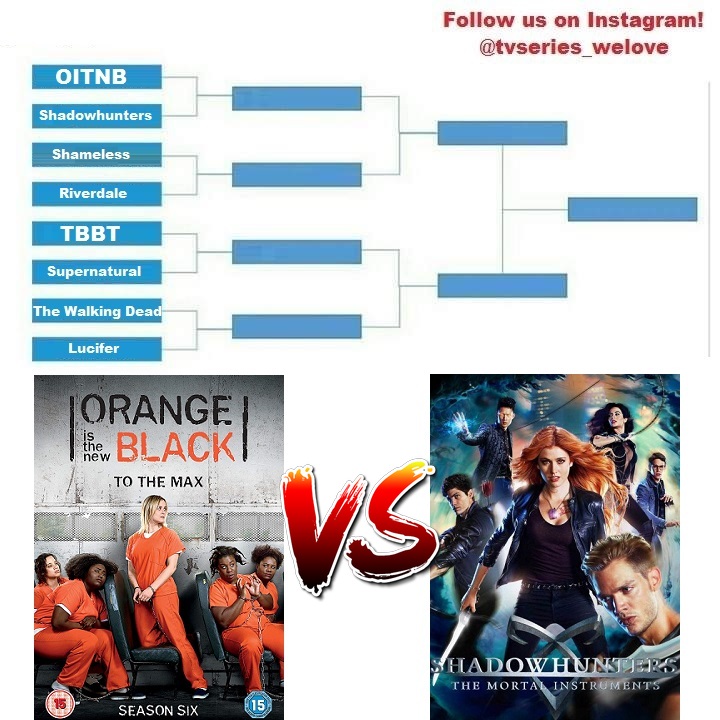 Orange Is the New Black:

Orange Is the New Black (sometimes abbreviated to OITNB) is an American comedy-drama web television series created by Jenji Kohan for Netflix. The series is based on Piper Kerman’s memoir, Orange Is the New Black: My Year in a Women’s Prison (2010), about her experiences at FCI Danbury, a minimum-security federal prison. Produced by Tilted Productions in association with Lionsgate Television, Orange Is the New Black premiered on Netflix on July 11, 2013. In February 2016, the series was renewed for a fifth, sixth, and seventh season. On October 17, 2018, it was confirmed that the seventh season, which was released on July 26, 2019, would be its last.

Shadowhunters, also known as Shadowhunters: The Mortal Instruments, is an American supernatural drama television series developed by Ed Decter, based on the popular book series The Mortal Instruments written by Cassandra Clare. It premiered in North America on Freeform on January 12, 2016. Primarily filmed in Toronto, Ontario, Canada, the series follows Clary Fray (Katherine McNamara), who finds out on her eighteenth birthday that she is not who she thinks she is, but rather comes from a long line of Shadowhunters, human-angel hybrids who hunt down demons.

It is the second adaptation of the novel series, after the 2013 film The Mortal Instruments: City of Bones, which like the series was produced by Constantin Film. The debut season of Shadowhunters has received mixed responses from critics. The pilot episode attracted the largest audience for Freeform in more than two years. The show has received numerous award nominations, winning one GLAAD Award, four Teen Choice Awards and two People’s Choice awards.

In March 2016, the series was renewed for a second season of 20 episodes, which premiered on January 2, 2017. In August 2016, showrunner Ed Decter exited the series over “creative differences”. Todd Slavkin and Darren Swimmer were named as Decter’s replacements. In April 2017, Freeform renewed the show for a third season of 20 episodes, which premiered on March 20, 2018. In June 2018, Freeform canceled the series after three seasons, but ordered two extra episodes to properly conclude the series’ story; the second half of the third season premiered on February 25, 2019, with 12 episodes ordered. The two-part series finale aired on May 6, 2019.