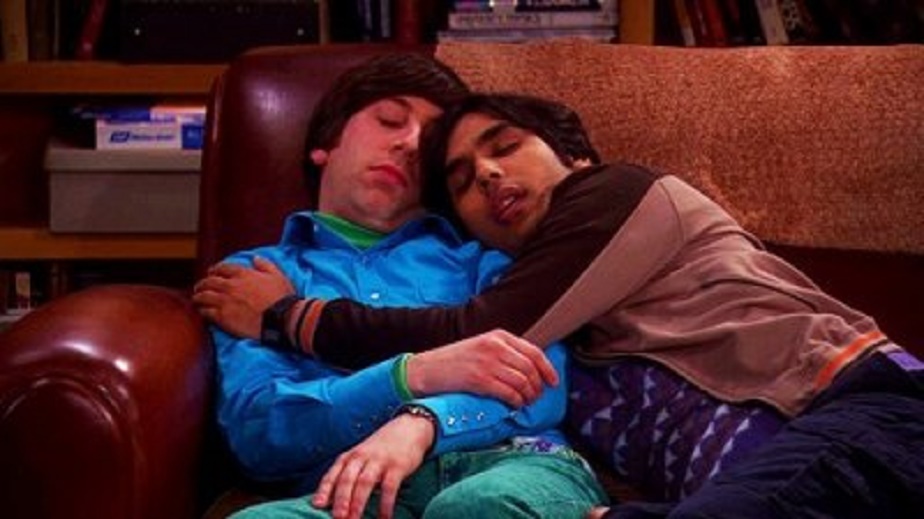 Raj Koothrappali and Howard Wolowitz had a bromance that was sure to last a lifetime. Their friendship, however, is regularly mocked on The Big Bang Theory. Leonard Hofstadter’s mom, Beverly, questions the relationship. Leonard even gets in on the joke. Anyone who has watched even a couple of episodes of the show has undoubtedly noticed how close the pair are. So, is their bromance perfect or is it all just a little weird?

Two times Raj and Howard were friendship goals
Howard and Raj don’t just work together, they spend most of their free time together, too. And as a couple of single guys (at the start of the series), they have a lot of free time to spare. Together, they make the best friends anyone has ever seen. They happily confide in each other, like the time Raj was happy to help Howard figure out if his boobs look too big.

Howard also helps Raj out with the ladies. Sure, a selective mute probably isn’t going to close the deal, but Howard was always there to give him a helping, albeit socially awkward, hand. Howard also shows a great deal of care when it comes to Raj even though he regularly gets annoyed by him. He spends a fair amount of time trying to figure out ways to help Raj work around his entire mutism issue.

Raj serves as something of a surrogate wife for Howard before he meets Bernadette, and Howard returns the favor to Raj, just in a different way. Gifting Raj with his companion, Cinnamon, was one moment that showed just how much Howard cared about Raj. Sure, Howard ends up bagging on Raj for his attachment to the dog, but we all know deep down he was thrilled that his gift worked out so well.

Two times the relationship got a little weird
Raj and Howard might have the quintessential bromance, but there were a couple of moments where their relationship took a bit of a bizarre turn. Obsession, fights, and jealousy all played a part in the dynamic between Howard and Raj, and while that was comedic sometimes, there were moments where it all seemed to go a bit too far.

Way back in Season 3, Raj takes on a project with Sheldon. Howard, dismayed by the amount of time Raj is spending with Sheldon, becomes instantly jealous and forlorn. He takes to bothering Penny and Leonard to fill his time, but it’s clearly not the same as hanging out with Raj. Everyone misses a pal when they get busy, but Howard’s reaction was pretty over the top.

Raj is also prone to fits of jealousy when he thinks Howard’s attention is being spent elsewhere. During one particular spat, Raj refuses to speak to or hang out with Howard because he believes he leaves him every time a potential love interest comes long. He gets pretty mean about it all, too. In the end, of course, he forgives Howard, and they are back to their regularly scheduled programming, but the exchange is a bitter reminder that the duo’s relationship is a bit more intense than a traditional friendship.

The verdict
So, what’s the deal? Is Raj and Howard’s relationship perfectly imperfect or utterly strange? Everyone has a different opinion, but most people seem to agree that the duo had a bromance for the ages. Sure, things take a turn towards the weird every now and again, but it looks like the relationship between Raj and Howard is almost as key to the success of The Big Bang Theory as any of the romantic connections that the fivesome stumble through.

The addition of Amy Farrah Fowler, Bernadette Rostenkowski, and the myriad of women that Raj tries to date certainly livens up the show, but when all is said and done, things always seem to settle back on Raj and Howard. All told, it looks like the friendship between Raj and Howard is perfectly imperfect, not perfectly strange.