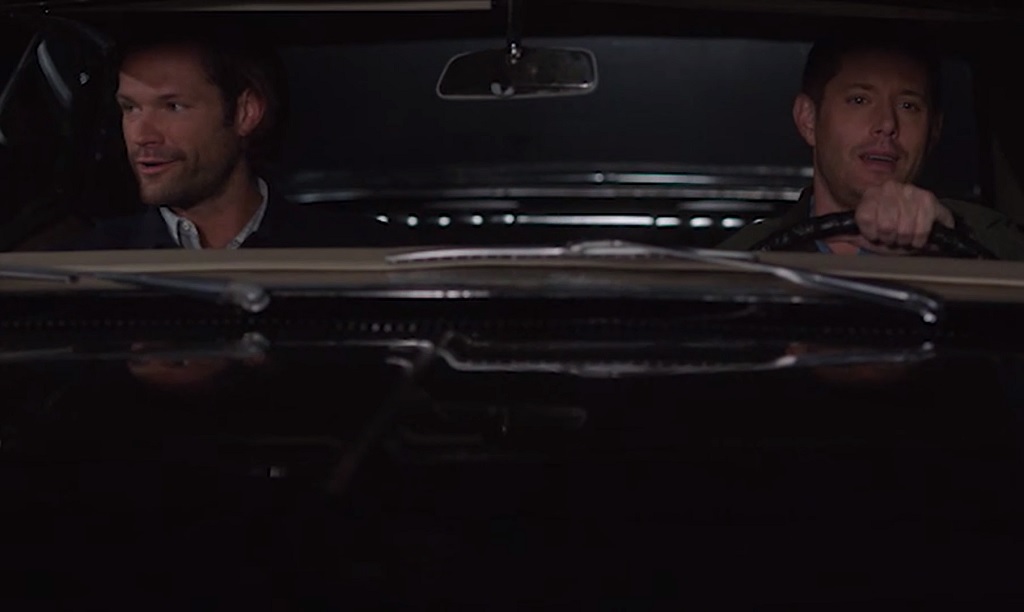 There’s an argument to be made that nobody loves a road trip more than Supernatural’s Sam (Jared Padalecki) and Dean Winchester (Jensen Ackles). Or perhaps the argument is that nobody hates flying quite as much as Dean. Either way, over the course of 327 episodes, the brothers drove all over the United States, saving people and hunting things in their 1967 Chevy Impala.

And in the series finale, they drove to what would become their final case as they tracked down a nest of vampires who had kidnapped two young brothers. Although they didn’t realize it at the time, only Sam would walk away from that hunt.

But before tragedy once again struck the Winchesters, they got to enjoy some time on the road together. EW has an exclusive deleted scene from the finale, in which the classic catchphrase “driver picks the music, shotgun shuts his cakehole” returns. Watch it above.

Supernatural: The Complete Series will be available on Blu-ray & DVD on May 25 from Warner Bros. Home Entertainment.