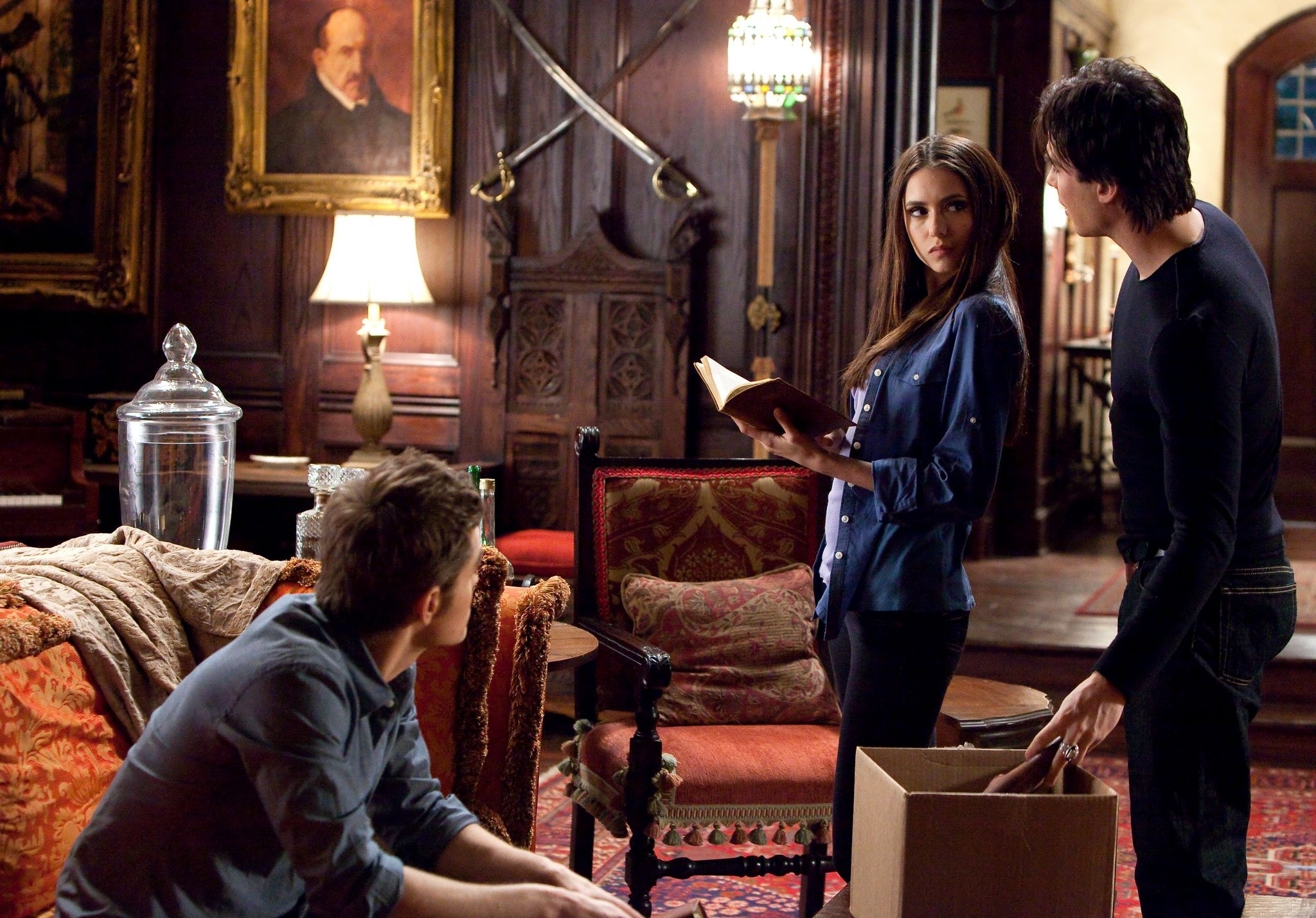 Although fans can visit this school each week on the spinoff series, Legacies, what happened to the Salvatore Boarding House in real life?

What happened to the Salvatore Boarding House?
Despite a long list of passionate petitioners, the house formerly known as the Salvatore Boarding House was torn down in 2015. The 14,000 square foot mansion, also known as Glenridge Hall, was initially built in 1929 for Thomas K. Glenn and was later renovated by his granddaughter, Frances Mayson, and her husband Joseph.

After Frances tragically died during childbirth, Joseph continued with the home restoration as a tribute to his late wife. He told Reporter Newspapers in 2007, “I was able to learn in seven years exactly what she wanted to do and how she wanted to do it, so that when she died it was never a question of whether or not I would continue.”

Some photos of the real Salvatore Boarding School (Glenridge Hall). we are obsessed with this beauty!!! #Legacies @cwlegacies pic.twitter.com/mWKhfBFTZu

“It was my late wife’s intention that the house serve the community and not just be a home, but also be an asset to the community,” Joseph continued. “I would like to know that if one came back here in 100 years it would look pretty much the same.”

Sadly, Joseph’s wishes for his wife’s home were not honored as the house was later demolished by his daughter, Caroline, who ultimately sold the 76-acre estate to a homebuilding company. While what was the Salvatore Boarding House has now been converted into a combination of homes and retail spaces, it didn’t affect the production of The Vampire Diaries one bit.

Starting in the second season, the Salvatores’ house was filmed at a place that was an exact replica of Glenridge Hall. By the time that Glenridge was demolished, the crew had long since abandoned using the home.

Today, the Salvatore Boarding School for the Young & Gifted is actually in another location entirely. If you’ve been watching Legacies and wondering why the house looks so different, it’s because it’s not Glenridge Hall at all but Kent Rock Manor in Loganville, Ga., which was actually also once featured on MTV’s Teen Cribs. Today, in addition to being the Salvatore Boarding School, the manor is also an event venue.

My name is Damyan Ivanov and i was born in 1998 in Varna, Bulgaria. Graduated high school in 2016 and since then i'm working on wordpress news websites.
Salvatore Boarding House, the vampire diaries