What Is HBO Offering During Your Free Trial Right Now 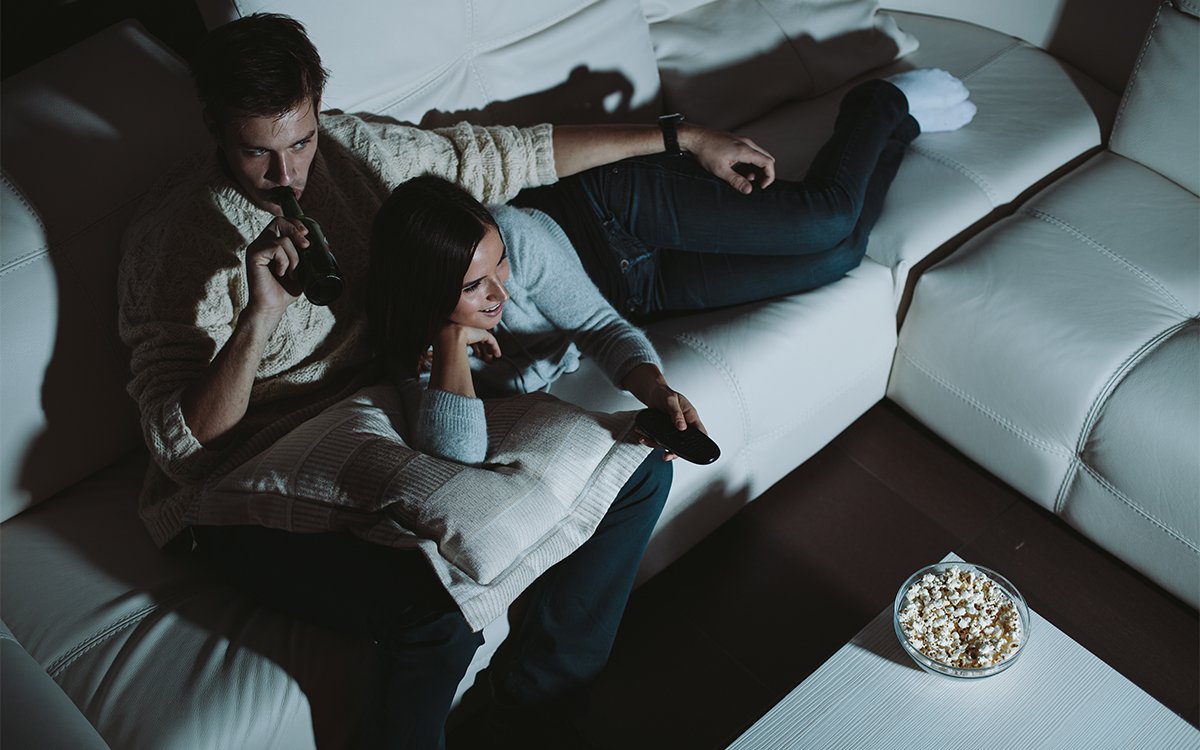 HBO doesn’t just stand for Home Box Office anymore. During this time of self-quarantine and social distancing, it’s also an acronym for Home Bored, OK? To fill the time while staying healthy and safe, the pay cable network has released several great series, docuseries, and films from its library for free, to give everyone a taste of what HBO has to offer. (Mercifully, Entourage is not included in this list.)

All you have to do is download the HBO NOW or HBO GO apps or head over to HBONOW.com or HBOGO.com in order to get free access to several of HBO’s flagship shows and documentaries, as well as 20 theatrical movies. The series and films are also available through Hulu for no additional charge. (Some of the programs are also available through Amazon Prime Video, a distribution partner of Amazon; all you need is an Amazon account. Check the list below to see what’s available.)

For those of you who have never had HBO, the list of 10 full series, 10 docuseries or documentaries, and almost two dozen films may seem a bit daunting. That’s why we’ve broken down the list to six picks for you to get started with. Here they are, in no particular order.

[UPDATE] It appears HBO isn’t done adding to the smorgasbord of free programming. On Friday, April 10, the network added both season of its award-winning “limited” series Big Little Lies to its list of free shows. Season 1 is definitely worth a watch if you enjoy A-listers sharing the screen and a tight story of soccer moms bickering and a murder. 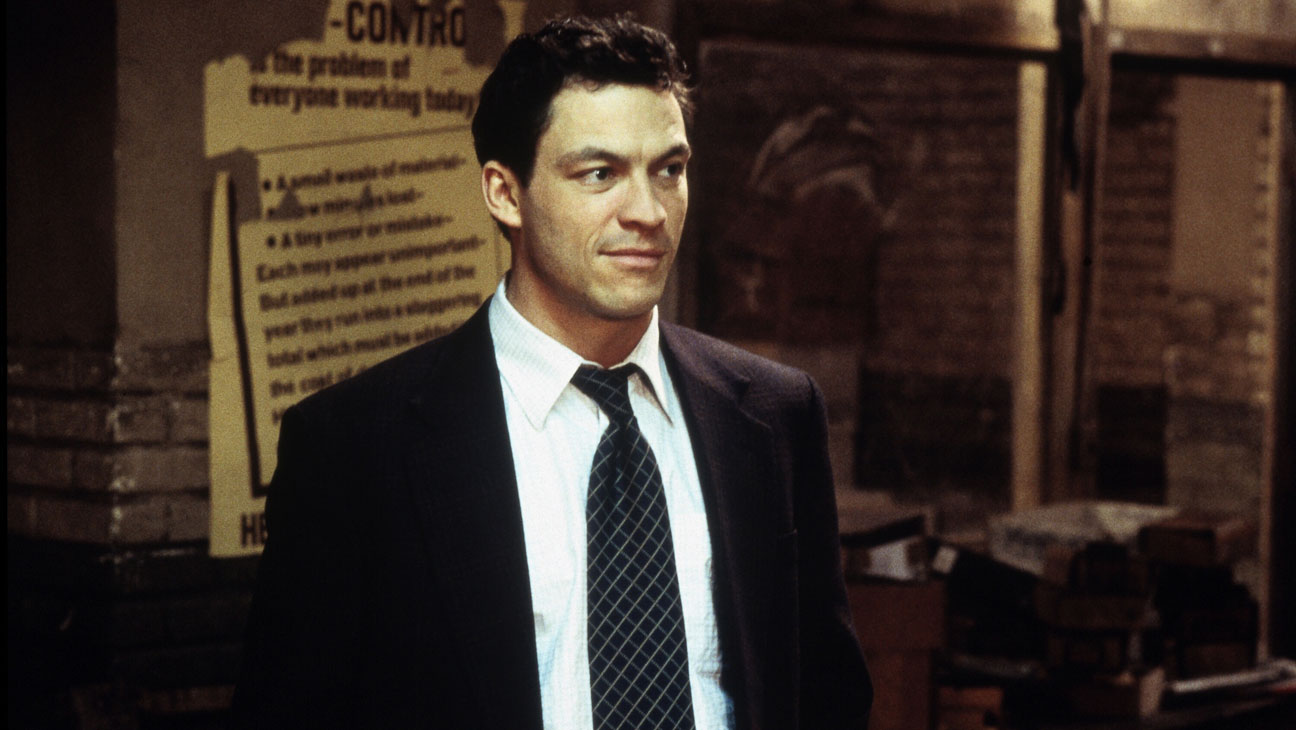 For the past couple of years, it seems like everyone has been watching and rewatching The Sopranos (we assume you’ve seen that, so it’s not on this list). This is all well and good, because The Sopranos is the greatest TV show of all time. But all this Sopranos attention seems to have come at the expense of The Wire, the second-greatest show of all time. When was the last time you saw a Wire meme? Where’s The Wire’s fan convention? It’s time for The Wire to make a comeback. Make Littlefinger Mayor Carcetti Again. -Liam Mathews 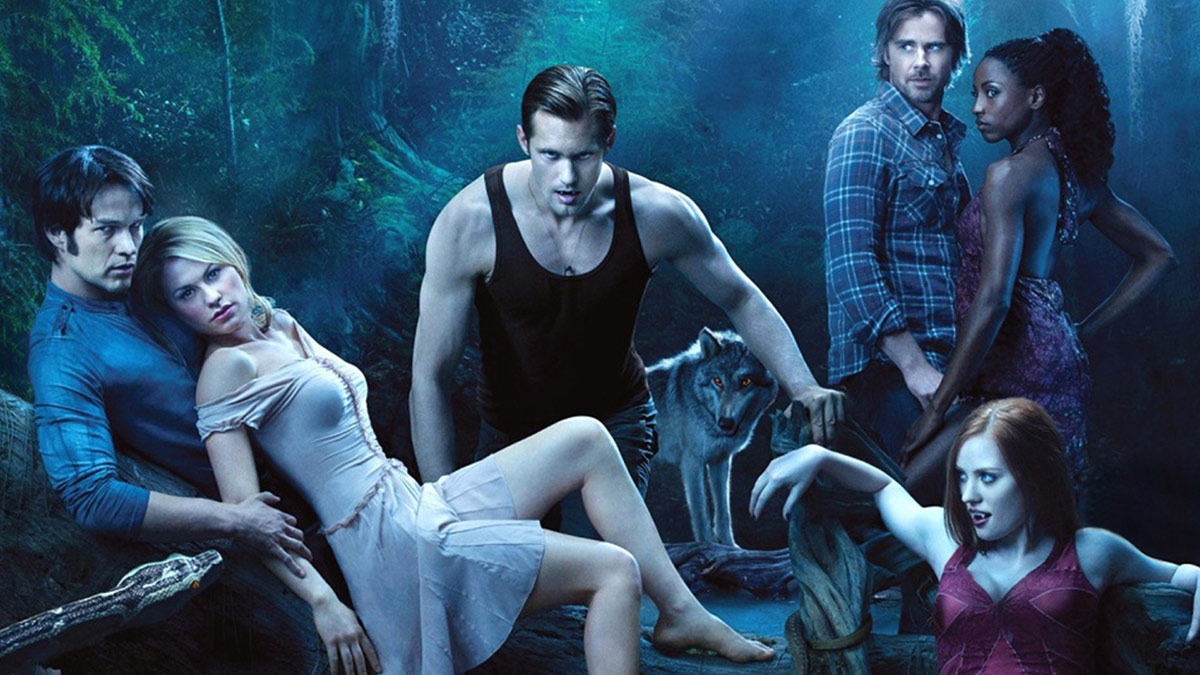 If we’re being completely honest, True Blood went off the rails a bit as the show got older, but the first few seasons of the series are a great escape from the real world right now. Anna Paquin stars as a telepathic waitress, Sookie, who meets and falls for Bill Compton (Stephen Moyer), a 173-year-old Southern vampire, and while we could focus on how the show was a metaphor for minorities fighting for equal rights as vampires tried to assimilate into a society determined to keep them out, the reason to watch True Blood was to see just how ridiculous things would get. The show was messy and insane, and it featured everything from werewolves and vampires to shapeshifters, maenads, witches, faeries, and mediums. And if you care about this sort of thing, there was also an intriguing love triangle involving Sookie, Bill, and vampire club owner/one-time Viking warrior Eric Northman, played by Alexander Skarsgard. -Kaitlin Thomas 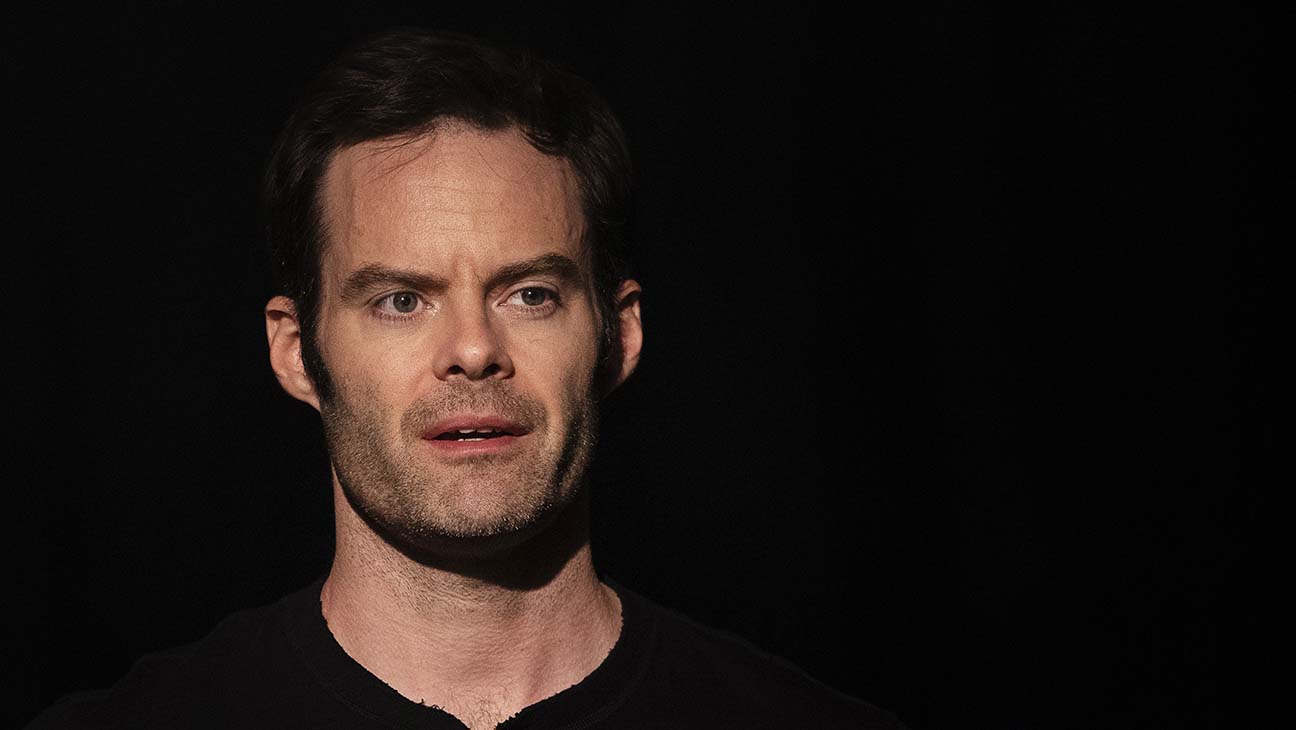 This Emmy-winning dark comedy shows how hilarious it can be to be a hitman. Bill Hader stars as the title character, an army vet who goes on assignment to off a dude in Los Angeles when he gets the acting bug and considers a career change in Hollywood. That means between attending acting classes with his oddball classmates and egomaniac teacher (Emmy winner Henry Winkler), he’s also coordinating mass murder with shady Eastern European mafia members. Barry’s mix of violence and absurdity somehow works seamlessly, thanks in part to strong performances from its cast and fantastic writing. It’s equal parts heart-pounding and hilarious. 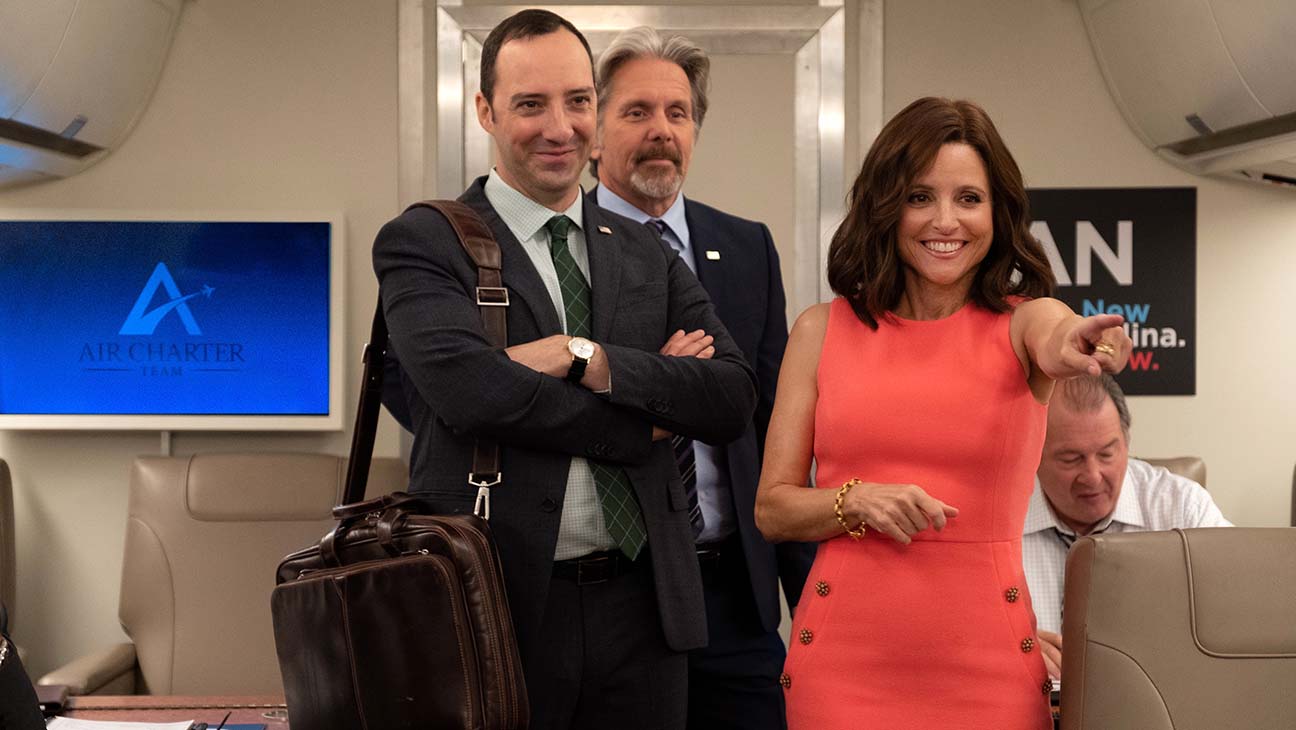 Veep is a classic look at incompetence in government, or, given the last four years of real life, a relatively competent government. From the master of insults, Armando Iannucci, Veep stars bajillion-time Emmy winner Julia Louis-Dreyfus as Selina Meyer, the aspirational vice president of the United States, as she schemes and stumbles her way to political power while her equally ambitious staff idiotically plot their own paths. Over its seven seasons, Selina goes on quite the journey, from having diarrhea at an ice cream store to becoming the most powerful person in the world, leaving a trail of F-bombs and worse behind.

Several of HBO’s documentaries being offered are worth the watch, but put this one near the top of your list. I Love You, Now Die: The Commonwealth v. Michelle Carter follows the truly bizarre case of a young romance derailed by suicide when Michelle Carter allegedly convinced her boyfriend to kill himself over text. The film is wonderfully presented and offers a different angle from the headlines that vilified Carter as a black widow. Though it doesn’t absolve Carter from any fault — that would be ridiculous — I Love You, Now Die gives reasonable evidence that Carter suffered from mental conditions that led to her behavior, and also touches on something the world had never seen before: Can someone be charged with murder for sending a text message? 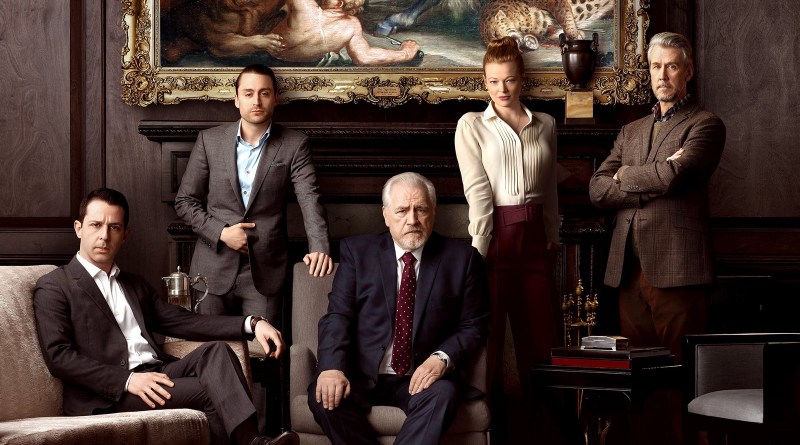 Given the current climate, it’s understandable why you might have reservations about queueing up a show about the family drama of a haughty right-wing media mogul. However, Succession is actually quite a cathartic watch. Brian Cox stars as Logan Roy, the owner and CEO of Waystar Royco who ignores his declining health and doesn’t want to name a successor and relinquish his power, not even to one of his kids. What results is an intense and increasingly bizarre series of showdowns between Logan and his own reproachable brood and, of course, deliciously devious moments of infighting between the siblings and their associates. Prepare to be totally team Cousin Greg (Nicholas Braun) before it’s all said and done. -Amanda Bell

Here’s everything that HBO will be offering for free during its promotion:

10 Docuseries and Documentaries (all are also available through Amazon)

The Apollo
The Case Against Adnan Syed
Elvis Presley: The Searcher
I Love You, Now Die: The Commonwealth v. Michelle Carter
The Inventor: Out for Blood in Silicon Valley
Jane Fonda in Five Acts
McMillion$
True Justice: Bryan Stevenson’s Fight for Equality
United Skates
We Are the Dream: The Kids of the MLK Oakland Oratorical Fest

20 Warner Bros. Theatricals (all are also available through Amazon)