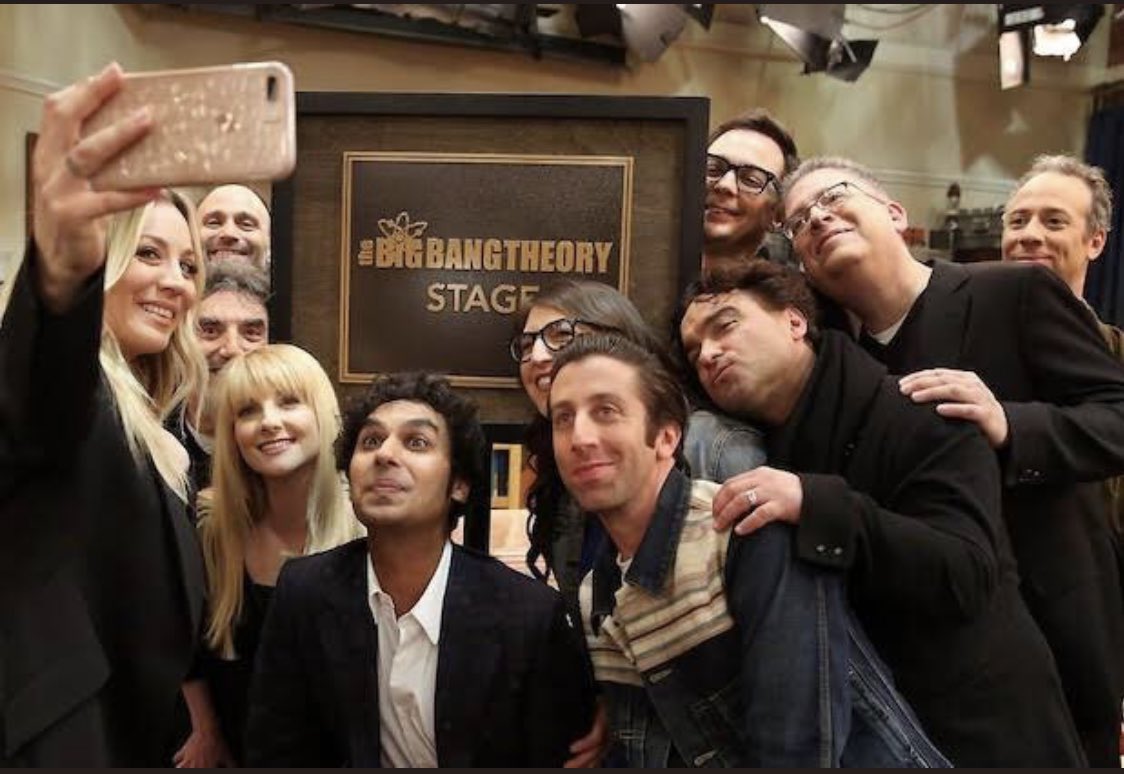 For 12 seasons and nearly 300 episodes, CBS’s enormously popular The Big Bang Theory became one of the most watched sitcoms of the past two decades. Commanding the ratings for the majority of its television run, resulting in its actors getting upwards of a million dollars per episode, it’s hard to deny how huge this show became. Alas, nothing can last forever. Last year, the famous sitcom came to a close, and many of its now-famous cast members are exploring new projects, including Jim Parsons, Kaley Cuoco, and Johnny Galecki. Let’s take a look at what The Big Bang Theory cast is doing now. 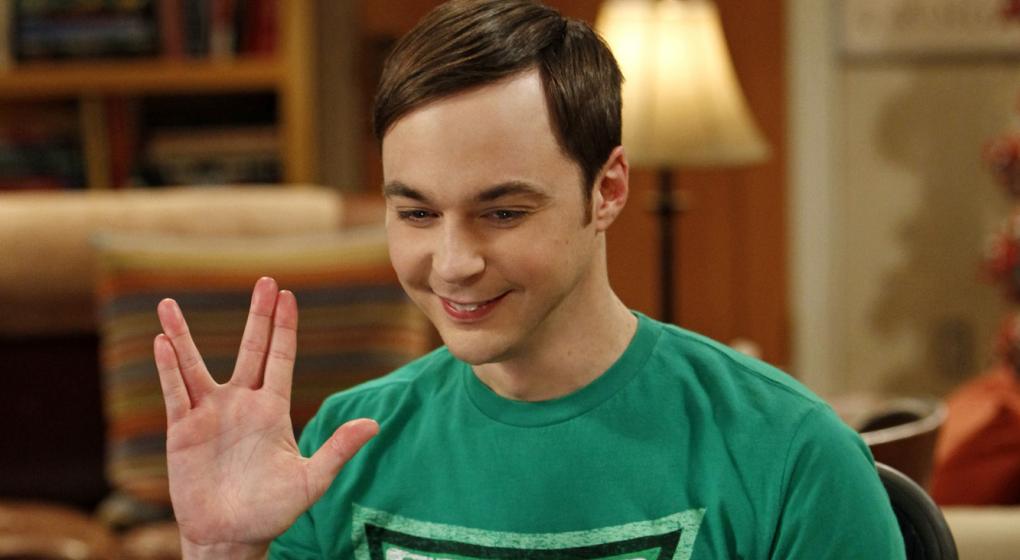 Jim Parsons (Sheldon Cooper)
As Sheldon Cooper, the nerdy, scene-stealing roommate who turned the sitcom into one of the most watched shows on television, Jim Parsons played a huge part in making The Big Bang Theory what it is today. He’s also the reason why it ended, reportedly. After 279 episodes, which is considered one of the most in multi-camera show history, The Big Bang Theory ended because Parsons ultimately refused to sign a contract for Seasons 13 and 14 totaling in $50 million (!), believing he had done everything he would want to do with this character after 12 seasons. The series thus ended in May 2019. Nevertheless, he continues to play Sheldon in voice only on Young Sheldon, the single-camera prequel series. Since the show ended, he was heard in an episode of The Simpsons. He’ll also play a role in Ryan Murphy’s newest show, Hollywood, premiering in May.

Up next, Jim Parsons will appear in the drama film, The Boys in the Band, which is expected to come out later this year. He’s also set to star in the TV movie, So Much, which should come out sometime next year. He is an executive producer on that film as well. Parsons will also serve as an executive producer on Call Me Kat, the newest show from his Big Bang Theory co-star Mayim Bialik. That new comedy series is expected to premiere this fall. 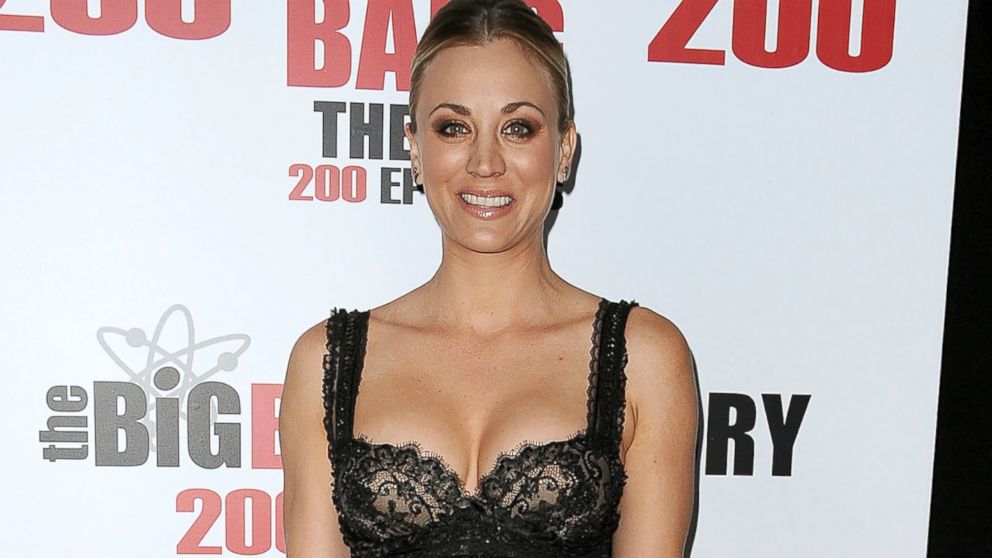 Kaley Cuoco (Penny Hofstadter)
As Penny Hofstadter, the aspiring actress who lived in Apartment 4B and stole the heart of Leonard, Kaley Cuoco was previously the only female lead on The Big Bang Theory, and her presence on the popular network sitcom helped her career enormously. A former child actress who appeared on shows like 8 Simple Rules and Charmed prior to her work on The Big Bang Theory, Cuoco became one of the highest-paid actress on television during the later seasons. Since The Big Bang Theory’s finale, Cuoco has since been heard as the voice of the title role in the mature animated series, Harley Quinn. Cuoco also made a cameo on Young Sheldon. Up next is the thriller series The Flight Attendant, though production was recently suspended. She serves as an executive producer, in addition to starring. Additionally, Cuoco is an EP on the CBS’s comedy series, Pretty. 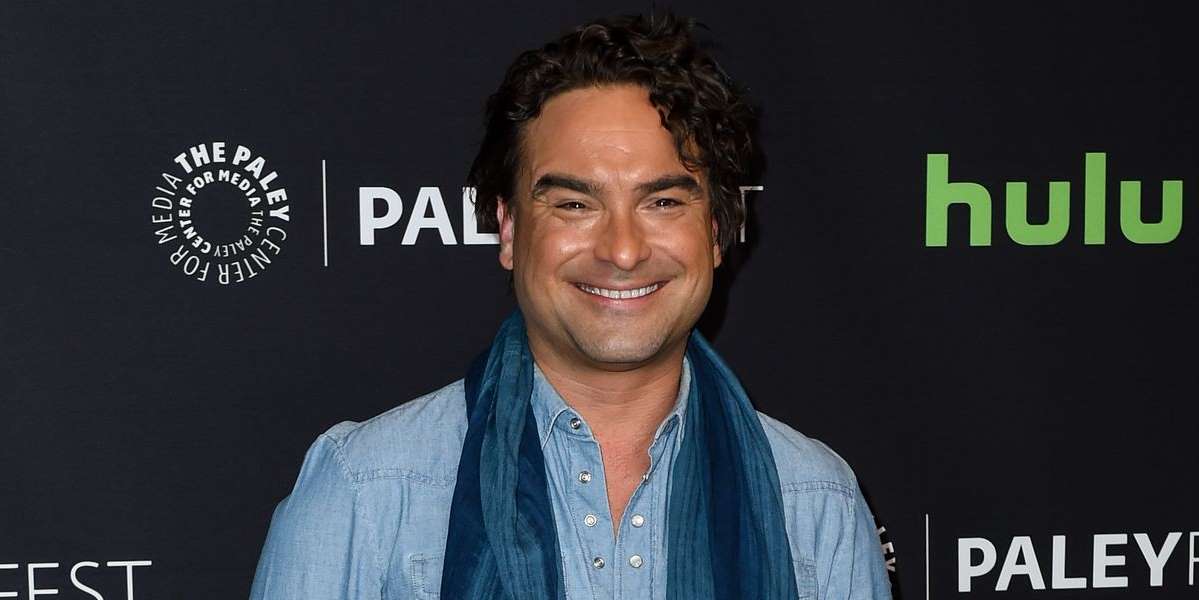 Johnny Galecki (Leonard Hofstadter)
As Leonard Hofstadter, the goofy, good-hearted geek who eventually wins the love of his neighbor, Penny (Kaley Cuoco), Johnny Galecki played one of the three lead roles in The Big Bang Theory. A former child actor who continued to work in movies and television since his days in Roseanne and National Lampoon’s Christmas Vacation, among others, The Big Bang Theory is, nevertheless, among the actor’s most famous, recognizable roles. And outside of his work on that show, Galecki hasn’t kept too busy on screen in the intervening time since The Big Bang Theory left the air. Most recently, he made appearances on both Roseanne and its spin-off series, The Conners. He also recently starred in A Dog’s Journey. In his personal life, Galecki and his partner Alaina Meyer welcomed a baby boy into their family in December 2019. 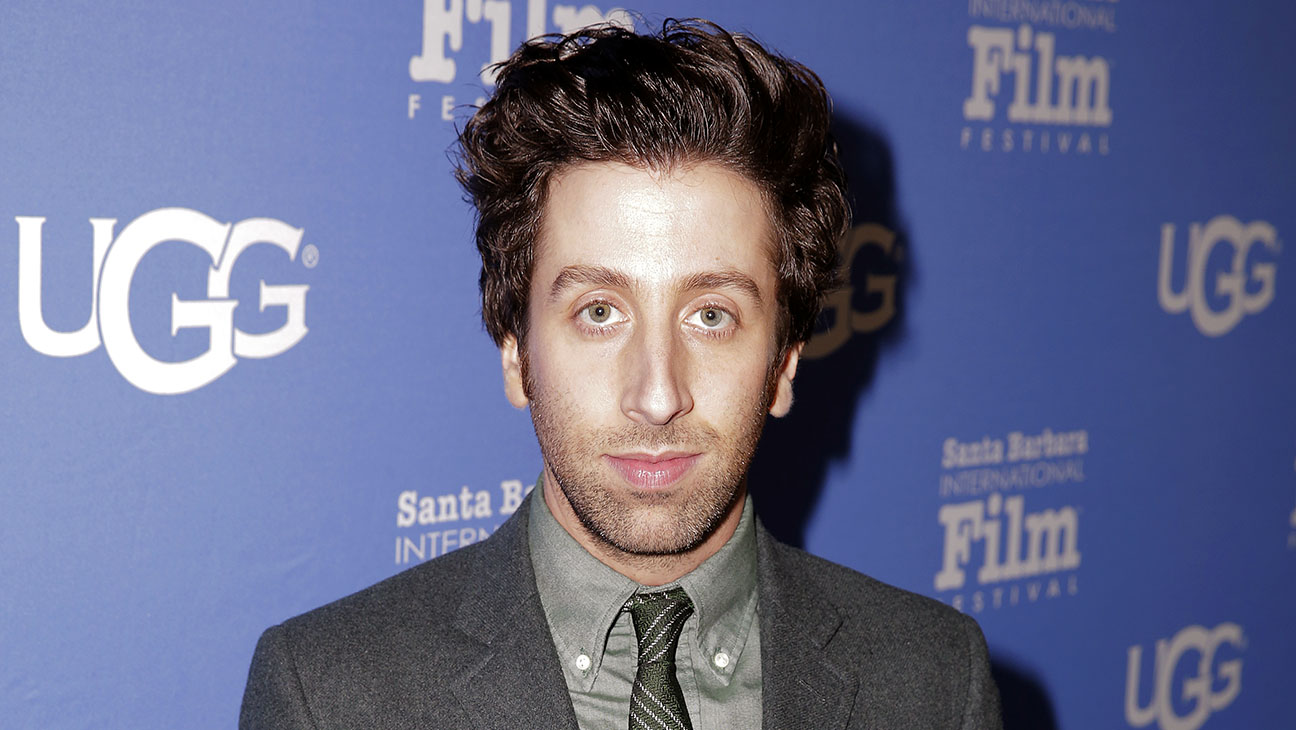 Simon Helberg (Howard Wolowitz)
A horny engineer with an overbearing mother and an awkward demeanor around women, Simon Helberg’s Howard Wolowitz was a constant presence throughout The Big Bang Theory’s extended run, with his character eventually getting married to Bernadette (Melissa Rauch). As an actor, Helberg also appeared in Dr. Horrible’s Sing-Along Blog, A Serious Man, Walk Hard: The Dewey Cox Story, and Florence Foster Jenkins in addition to his long-standing role on The Big Bang Theory. With his commitments to The Big Bang Theory finished, Helberg has booked two promising films in his future. The first is Annette, a dramatic musical which will also star Adam Driver and Marion Cotillard and comes from director Leos Carax (Holy Motors). The second is As Sick As They Made Us, which will be the feature screenwriting and directorial debut of Mayim Bialik, his former Big Bang Theory co-star. 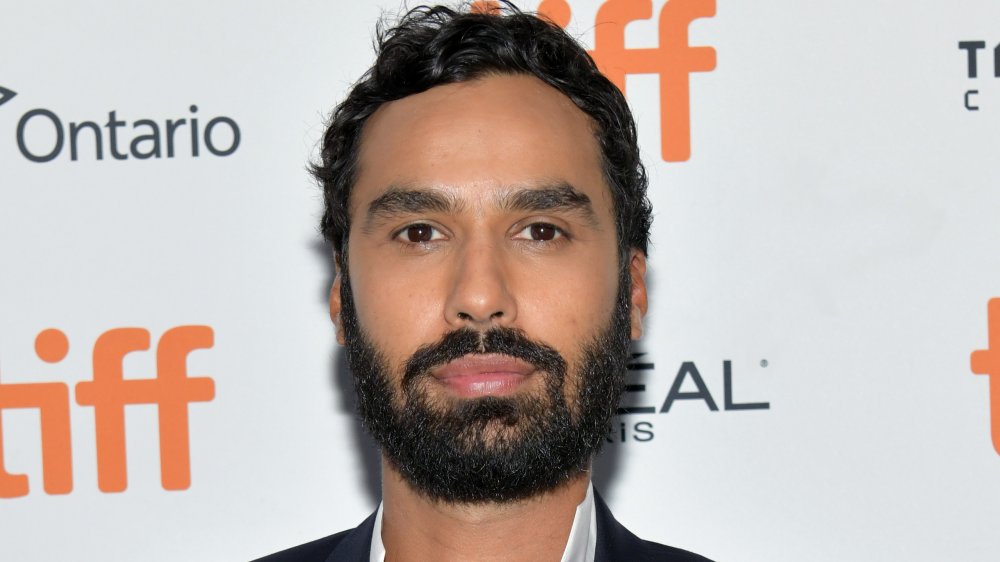 Kunal Nayyar (Raj Koothrappali)
As Howard Wolowitz’s best friend Raj Koothrappali, Kunal Nayyar played a supporting role throughout The Big Bang Theory. As an actor, outside of his work on The Big Bang Theory, Nayyar has done a number of voice roles in movies and shows like Ice Age: Continental Drift, Sanjay and Craig, and Trolls. Since The Big Bang Theory’s final episode, Nayyar has been seen in Sweetness in the Belly. He’ll also soon be heard in Trolls World Tour. And he is soon set to appear in the family comedy Think Like a Dog. He’s also filming a role in the thriller series Suspicion, which stars Uma Thurman. 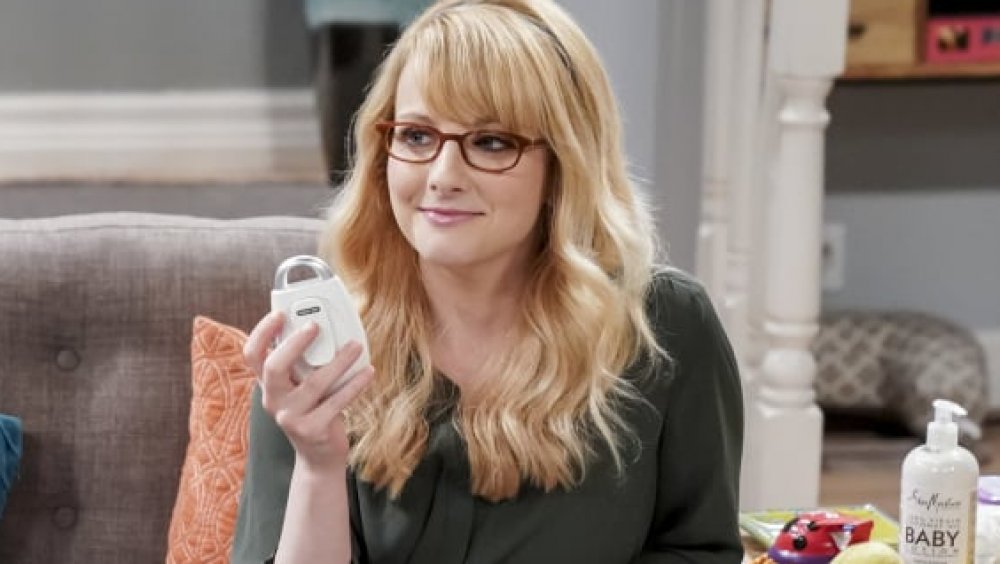 Melissa Rauch (Bernadette Rostenkowski)
Since her introduction in The Big Bang Theory’s third season, Melissa Rauch played a prominent role in the CBS sitcom as Bernadette Rostenkowski. Since her time on the popular series came to a close, Rauch hasn’t picked up as many acting roles, though she was seen in the indie comedy Ode to Joy and she starred in Steven Soderbergh’s The Laundromat. The Bronze actress/screenwriter also starred in a couple episodes of Black Monday and she provided voices for a recent episode of Robot Chicken. 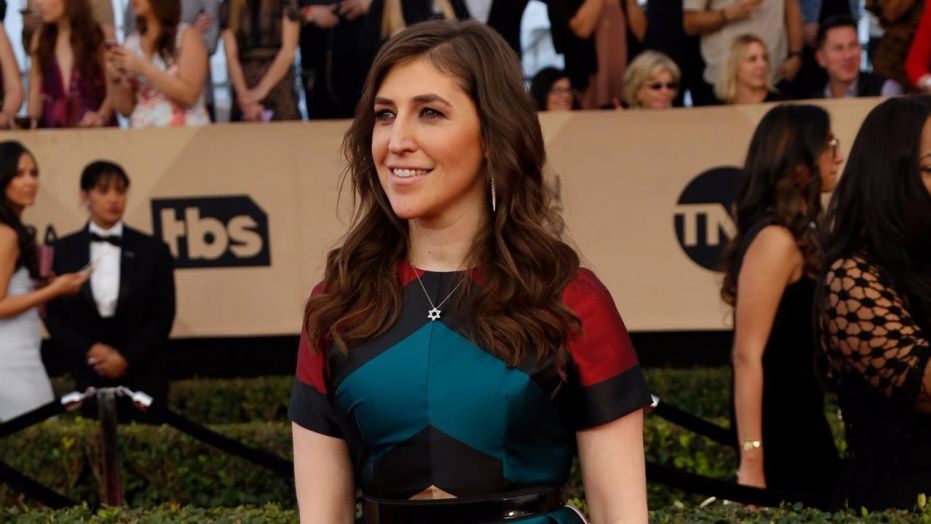 Mayim Bialik (Amy Farrah Fowler)
Similar to her co-star Melissa Rauch, Mayim Bialik was introduced into the Big Bang Theory fold in the third season and she became a prevalent figure in the show thereafter. Much like the character she played on the sitcom, Bialik holds a PhD in neuroscience, and she’s exceptionally accomplished. In addition to being an actress, Bialik is also an author and the founder of Grok Nation. She also founded Sad Clown Productions, and Bialik is soon set to star in her own Fox series, Call Me Kat, based on the BBC series Miranda. Jim Parsons will be involved as an executive producer. The new series is expected this fall. Additionally, BIalik will make her feature screenwriting and directorial debut with the dramatic film, As Sick As They Made Us. It’ll star Dustin Hoffman, Candice Bergen, and Simon Helberg, Bialik’s former Big Bang Theory co-star. 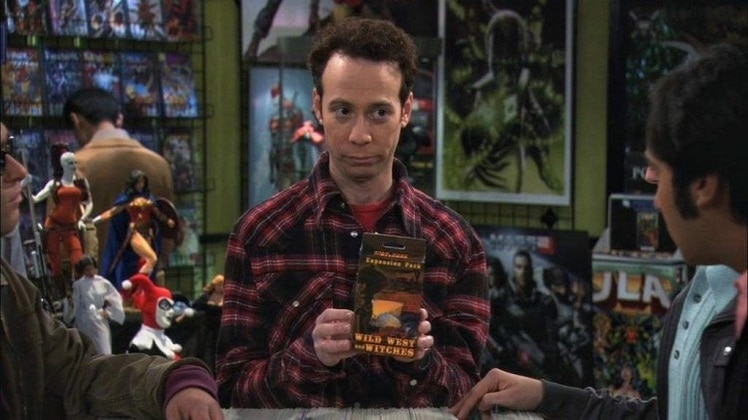 Kevin Sussman (Stuart Bloom)
As Stuart Bloom, the owner of The Comic Center Of Pasadena, Kevin Sussman first appeared in Season 2 and he has served as a rival character for our leads at times when he dated Penny and Amy, respectively. While the TV actor has only been a series regular on the show periodically, Sussman has appeared on The Big Bang Theory many times in its prolonged run. An established actor who has appeared in many famous films and TV shows, including (but not limited to) The Sopranos, Wet Hot American Summer, Almost Famous, A.I. Artificial Intelligence, Law & Order: Criminal Intent, ER, My Name is Earl, Ugly Betty, CSI: Crime Scene Investigation, Burn After Reading, and more, Sussman has an active career in both mediums. However, since The Big Bang Theory ended, Sussman hasn’t appeared in any other projects. But he recently appeared in a Progressive commercial. 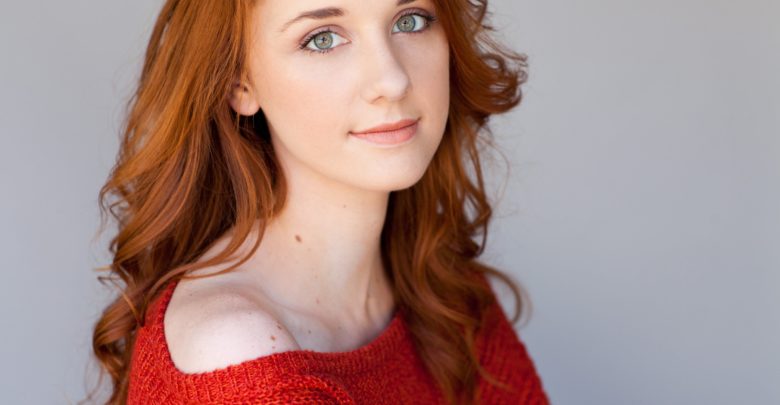 Laura Spencer (Emily Sweeney)
From Season 7 through Season 10, Laura Spencer appeared on The Big Bang Theory as Emily Sweeney, the former girlfriend of Raj. During her time on the series, Spencer could also be seen on Bones, and she previously appeared in Sleepy Hollow, Switched at Birth, The Lizzie Bennet Diaries, and other television shows. Since her time on The Big Bang Theory, Spencer has appeared in episodes of Get Shorty and Matt and Dan. She also recently wrote the short film Likeness, which she also starred in. Up next, she’ll appear in the drama Thirteen Minutes and the dramedy series, Work/Friends. 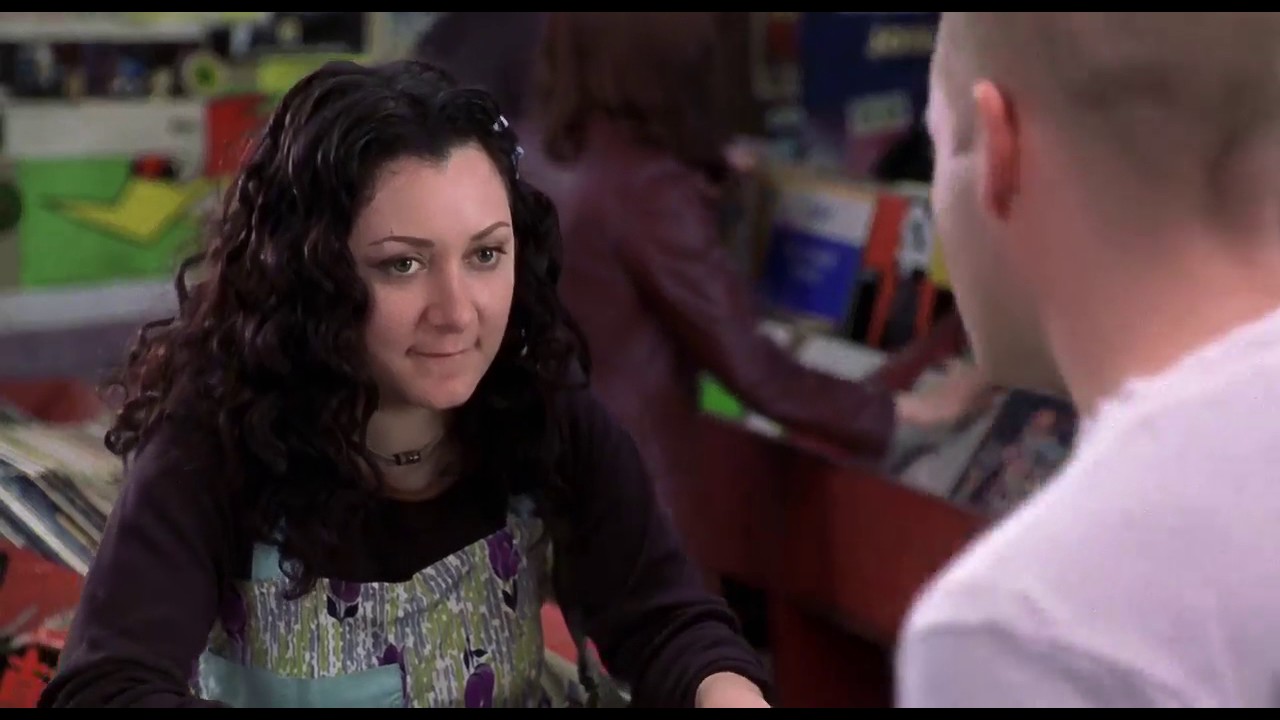 Sara Gilbert (Leslie Winkle)
Considered the female counterpart to Leonard, Sara Gilbert’s Leslie Winkle played a prominent role during The Big Bang Theory’s first three seasons. Though she made a cameo in a later episode, Gilbert was otherwise absent from the show’s consecutive seasons. Since leaving the popular sitcom, Gilbert has appeared in episodes of Supergirl, Jane the Virgin, Happy Together, and Atypical, though she has been most notably seen in ABC’s revival of Roseanne and then, once that show was taken off the air due to contentious tweets from its title star, its subsequent spin-off series, The Conners. Outside of her acting work, Gilbert was also the creator and former co-host of the CBS daytime talk show, The Talk, though she left in August 2019.

Do you have a favorite actor from The Big Bang Theory? Is there anyone you’re excited to see branch out after the mega-hit CBS sitcom. Let us know in the comment section below!