When will the 15th Season of ‘Supernatural’ be on Netflix 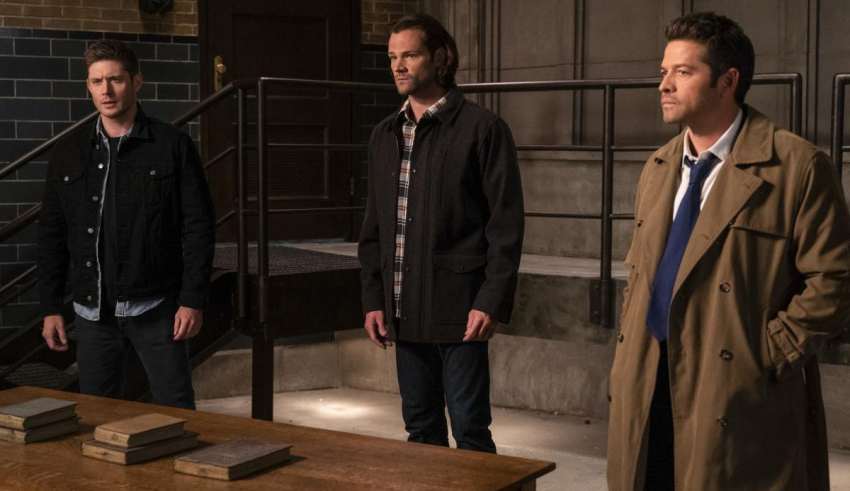 RELATED:
* Stars from ‘Supernatural’ Think that the show may continue as a Miniseries or Movie

Supernatural, which has been a staple of The CW before it was even The CW, is coming to an end in its 2019/20 season. There are a few reasons why the show is drawing to a close but according to its creators, it was just the right time. Speaking at an event, Jensen Ackles said:

The show, for those unfamiliar, is about a pair of brothers who spend their days hunting the supernatural.

When will Season 15 of Supernatural be on Netflix US?

Sadly, filming for the fifteenth and final season of Supernatural has been delayed due to the coronavirus pandemic.

(Due to the shutdown, this will be our last episode for awhile. Stay well, stay safe, and we’ll see you on the other side.)

However, given we have the release date for the final episode for a while, Netflix is set to get most of Supernatural season 15 on June 5th, 2020. The remaining episodes are set to air on The CW at the end of 2020 and then arrive on Netflix soon after. 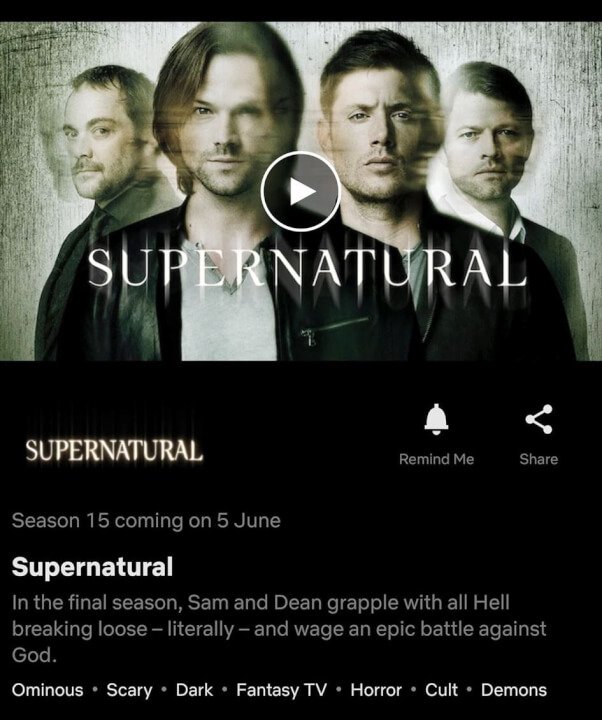 Other episodes are expected to follow as and when they arrive.

Other CW series, such as Riverdale and Supergirl will also be dropping on Netflix before the finales arrive.

Will Supernatural be leaving Netflix US?

A few rumors have been circulating recently about the possibility of Supernatural leaving Netflix. While it will eventually depart, it’s not going to be anytime soon.

We’ll have more information on when the show will be leaving in due course.

What other regions are getting Supernatural season 15?

Sadly, only one other Netflix region gets Supernatural available on the service and that’s Japan.

Having said that, it only has access to the first five seasons with no indication of when future seasons will arrive on the service.

Are you looking forward to Supernatural season 15 on Netflix? Let us know in the comments below.