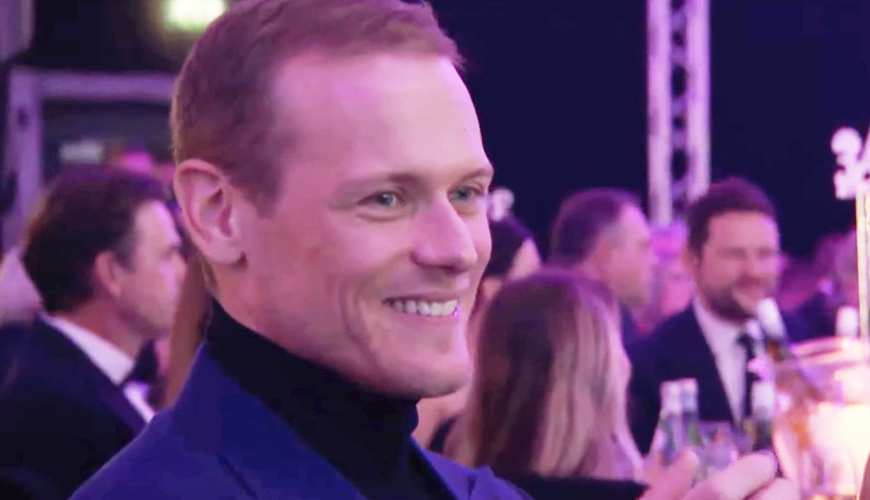 It’s been a few months since we last saw Jamie Fraser, but Outlander’s Sam Heughan has given an update on season 7 – and it seems as though we’ll be getting even more of the Highland warrior than last time.

Speaking to BAFTA Scotland after winning the Audience Award, Heughan revealed that the upcoming seventh season of Outlander will be a “big bumper season”, with more episodes than the last.

“Guys, we are working on the big bumper season of Outlander season 7,” he said. “It’s going to be 16 episodes.”

Your #ScotOnScreen Audience Award winner @SamHeughan has a special message for you ✨#BAFTAScotAwards #Outlander pic.twitter.com/wL1r1KRW8T

He added that by the time filming has finished, he will have shot 91 episodes of the STARZ drama, which is adapted from Diana Gabaldon’s series of novels.

“We are working really hard to give you a new season. So we’re really excited for that to come out,” he added.

The Outlander star thanked the show’s fans on Twitter after the win, writing: “So proud of Scotland and Outlander!! Thank you to all our fans. This is for them!”

Meanwhile, Gabaldon congratulated Heughan on the award, Tweeting: “We’re HUGELY proud of all that the show and its folk have accomplished this last decade, despite snow, ice, rain and Covid.”

Filming on the upcoming episodes began in April, with Caitriona Balfe returning to play former military nurse Claire Randall, who is transported back in time from 1945 to 1743 and marries Scottish warrior Jamie Fraser.

Season 6 aired on STARZ (and Lionsgate+ in the UK) in March this year, ending with Jamie and Claire fighting for Fraser’s Ridge as the Browns and the Christies continued their feud.

The show confirmed last month that Bridgerton’s Chris Fulton would be joining the show as Roger and Brianna’s acquaintance Rob Cameron, while House of the Dragon’s Graham McTavish is back to play Dougal MacKenzie despite his character’s death in season 2.

My name is Damyan Ivanov and i was born in 1998 in Varna, Bulgaria. Graduated high school in 2016 and since then i'm working on wordpress news websites.
Jamie Fraser, Men in Kilts, outlander, Sam Heuighan