Why did Lucifer’s twin Michael travel to Earth? 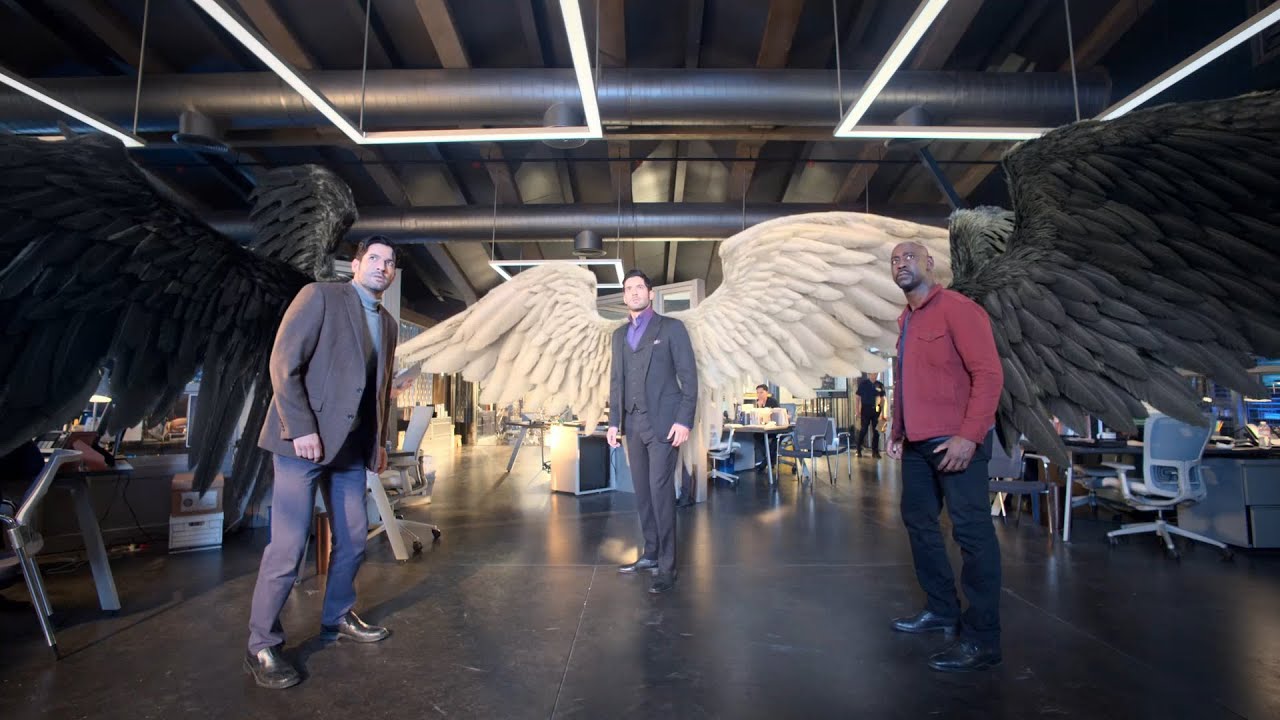 After more than six months of waiting, Lucifer season five, part two finally has a release date. The remaining eight episodes will premiere on Friday, May 28 and fans will see Tom Ellis take on the role of Lucifer Morningstar and his evil twin Michael again. Why is Michael on Earth?

Lucifer season five, part two will pick up from the huge cliffhanger part one ended on. Lucifer’s father God made his highly anticipated arrival on Earth, breaking up a fight between Michael, Maze (played by Lesley-Ann Brandt), Amenaidel (DB Woodside) and Lucifer. Making his debut on Earth, God (Dennis Haysbert) exclaimed “Children, You know I hate it when you fight.”

Michael has been causing problems for Lucifer on Earth since the beginning of season five, part one. He had travelled to LA on Earth, whilst Lucifer returned to his rightful position to rule over hell. Viewers quickly learned Michael had travelled to Earth as he was jealous of the praise Lucifer had received from his siblings for returning to hell and keeping ht demons in their place. Therefore when Michael arrived on Earth, he took it upon himself to attempt to ruin his brother’s reputation and prove he had not changed.

He arrived in Los Angeles pretending to be Lucifer in a bit to cause havoc in the lives of his loved ones. Thankfully, those close to Lucifer were able to eventually see through Michael and realised exactly what was going on. Additionally, when Lucifer returned to Earth to restore some form of normality, Michael was given a scar on his face so he could never impersonate his brother again. However, nothing could stop Michael and he embarked on his mission to turn everybody against Lucifer.

He was successful in getting Maze on the side, by exposing Lucifer knew the truth about her mother Lilith (L Scott Caldwell).

Michael also promised Maze he could find her a soul, something she had always wanted.

Next, Michael turned to Dan Espinoza (Kevin Alejandro) and exposed Lucifer’s true identity as the Devil. Dan was so scared by what he saw, he even shot Lucifer at point-blank range to protect Chloe, the mother of his child.

The last time viewers saw Michael, he had busted into the LAPD offices and started a fight with his siblings Amenadiel and Lucifer, with Maze on his side. The fighting came to an abrupt halt with the arrival of God and fans will have to wait until the release of Lucifer season five, part two in May to find out of Michaels ‘bigger plan’ will be put into action.

He said: “The one thing I’ll say is that it was very important to us to make sure Michael was the hero of his story.

“That’s one of the things you don’t see a ton of in the first half, but it is something we will dig into later and understand his perspective and that is an element of it.”