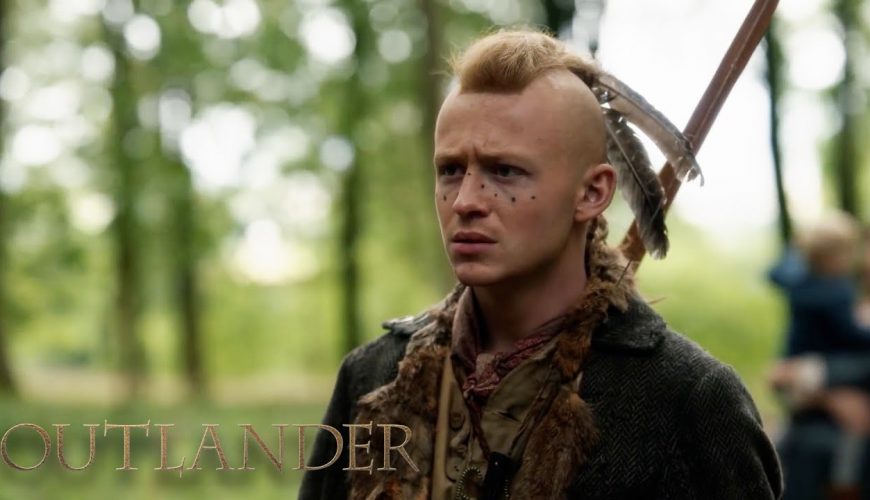 Outlander Season 6’s teaser is out, and it certainly gives us a lot to discuss. There’s one clip that suggests Young Ian finds a new love. Is that really going to happen?

Caution: We’ll get into some book spoilers for A Breath of Snow and Ashes in this post.

The Outlander Season 6 teaser doesn’t disappoint. It makes it clear that trouble is coming. The Frasers and MacKenzies have a war brewing.

That doesn’t mean there won’t be time for quiet and romantic moments. In the teaser at the 14-second mark, there’s a look of romance for Young Ian. He and Malva share a look, but is this really the hint of a budding romance?

Those who know A Breath of Snow and Ashes will know that this isn’t likely. We know Malva’s story, right? However, the show brought Young Ian back in Outlander Season 5 earlier than the books did. Could Malva and Young Ian’s storyline change here?

Will Malva help Young Ian move on in Outlander Season 6?
I doubt the show will change too much when it comes to the Christies storyline. Malva is likely not going to end up with Young Ian in any way. After all, we need the trouble for Claire and Jamie, right?

However, I do wonder if Malva Christie will actually help Young Ian in some way. We know that he’s struggling with grief. He was asked to leave the Mohawk tribe that became his family. It’s linked to his wife, who is still alive but isn’t with him anymore. Those who have read the books know exactly what this storyline is, but show-first and show-only fans haven’t found out the story just yet.

The story is sure to come in Outlander Season 6. Maybe he’ll confide a little in Malva Christie as she helps him move forward in his life, find joy where he may not see it just yet. If the show does follow the books, there is someone else out there for Young Ian. Malva could be the stepping stone he needs for that someone else.

What do you think we’ll see between Young Ian and Malva in Outlander Season 6? What did you spot in the teaser that you want broken down? Share your thoughts in the comments below.

My name is Damyan Ivanov and i was born in 1998 in Varna, Bulgaria. Graduated high school in 2016 and since then i'm working on wordpress news websites.
News, outlander, outlander season 6, TV Series