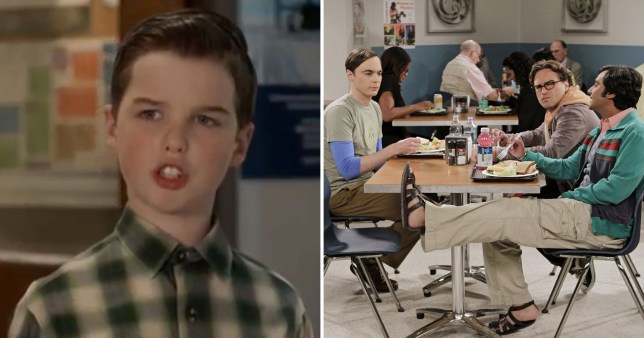 The instalment, titled Pasadena, followed the child genius exploring the halls of the California Institute of Technology to see a lecture from Dr. Stephen Hawking where he walked into the room which would host some of the most informative moments in his life.

Sheldon was accompanied by his dad as they enter the cafeteria where he would go on to spend many a day moaning to Leonard, Raj and Howard about, well, everything and anything.

‘Imagine all the stimulating conversations that go on at these tables,’ he told George. ‘I can see myself going here one day.’

And the stars were aligned.

The latest Big Bang Theory Easter egg comes after it was recently revealed Kaley Cuoco – whose sister is joining her in Harley Quinn season 2 – made a cameo that no one even noticed. 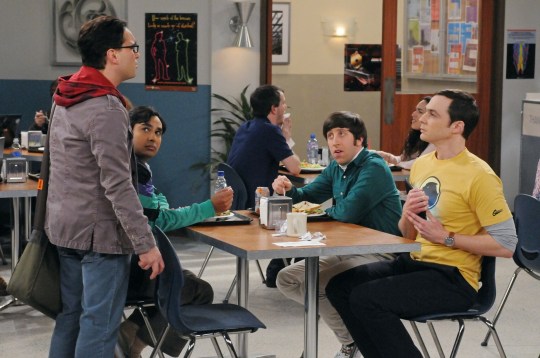 During the Pool Moster, Sheldon spoke to a swimming pool (really) and the water’s voice may have sounded familiar to eagle-eared fans.

The pool was, in fact, Penny actress Kaley.

‘I needed someone to do the voice,’ Young Sheldon showrunner Steve Molaro told TV Line. ‘I knew I wanted it to be female and kinda sexy, and I said, “Well, duh! Kaley is perfect for this.”’

‘I said, “Hey, I have a weird pitch for you: Sheldon has a nightmare, and he has to go to this pool, and he speaks to the pool water. Do you want to be the voice of pool water?”

Thankfully she said yes and we got a little piece of Penny back.