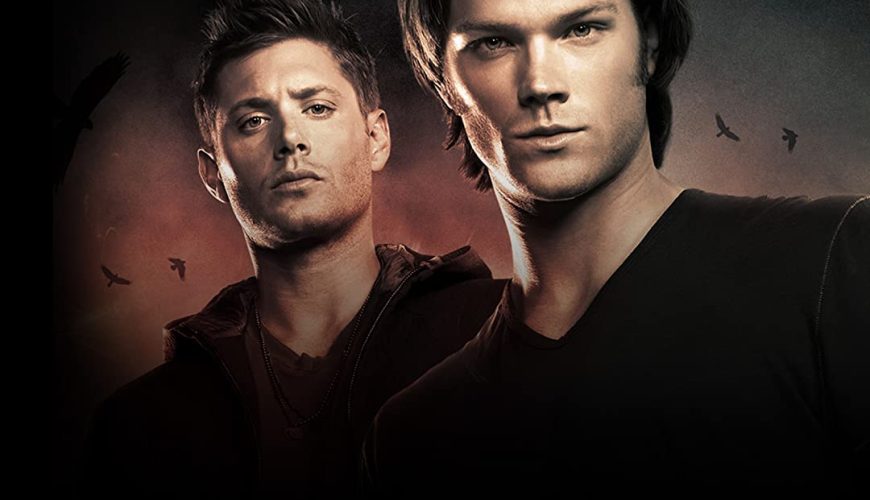 Every TV show has something that makes you instantly think of them, whether it’s a song, running gag, prop, place, character, or something else. And when you see or hear it, you’re instantly transported into the world from which it came. Just like How I Met Your Mother’s blue french horn, Stranger Things and the Upside Down, and the Friends theme song with its infamous clap that we all must do.

But quotes from beloved series and movies tend to live in our minds to the point where we begin to use them in our everyday lives, and Supernatural has left us with some winners that we’ll be using for years to come. From Castiel’s (Misha Collins) short, sweet, and iconic “Hey, Assbutt!” to Dean’s (Jensen Ackles) “Driver picks the music, shotgun shuts his cakehole,” these weird and wacky quotes are a surefire way to spot a Supernatural fan in any crowd.

“My People Skills Are Rusty”
When it comes to interacting with other people, it’s safe to say many of us nowadays suffer from some form of anxiousness in those particular situations. But imagine being an angel set in his ways for thousands of years and now having to deal with the human species.

For season six Castiel, he asks the boys for help regarding the Staff of Moses that has made its way to earth and is responsible for some plague of Egypt-style killings. But the Winchesters find it rich that he is now asking for their help after ignoring Sam’s (Jared Padalecki) calls, and thus, this fan-favorite quote was born. Even twelve years after the episode’s release, the phrase remains in the heads of every SPN fan.

“Saving People, Hunting Things. The Family Business.”
Where would we be without this family of monster hunters? We wouldn’t have the incredible adventure we have today, and we wouldn’t have the Winchester family or the wonderful people they met along the way.

In the season two episode entitled “Wendigo,” Sam and Dean track their father, John’s (Jeffrey Dean Morgan) whereabouts to woodland in Colorado from coordinates left in his journal. Sam wants to do nothing more than track down their father and Jessica’s killer, but Dean reminds him of why they do what they do. To save as many people as they can and kill as many evil things as possible along the way.

Because it’s the first time we hear Cas speak, the first impression we get of his character and of Angels as a whole in the show, the quote became very memorable among fans. Even fourteen years after Castiel’s introduction, the line remains in the heads and hearts of SPN fans worldwide.

“Idjits.”
Our one and only Bobby Singer gave us some fantastic one-liners and sayings over the years. From “do I look like a ditchable prom date to you?” to “balls!” and his forever memorable “family don’t end with blood, boy!” this man is responsible for some of Supernatural’s most iconic quotes.

His use of the word “idjits” was always aimed at his adopted sons. It became known to Bobby, and it’s a big part of what made his character so loveable. Because of the consistent use of the word, fans of SPN would often use it in their everyday lives. “Ya idjits!”

“Driver Picks The Music. Shotgun Shuts His Cakehole.”
How many of you, and be honest, use this exact same ruling when you’re behind the wheel of your car? Most of us, right? Well, in episode one of SPN, Dean made it clear to Sam that the driver picks the music, and the shotgun shuts his cakehole when Sam tells him he needs to update his cassette collection.

In response to Sam’s insults towards his music taste, Dean tells him, “house rules, Sammy. Driver picks the music. Shotgun shuts his cakehole,” and turns the volume up on AC/DC’s Back In Black as he drives off. We’re with you, Dean. You can’t beat some 80s rock music to get you in the mood for a long drive.

“Hey, Assbutt!”
It’s one of those lines that just completely catches you off guard the first time it’s said, especially when it comes in such an intense scene to break up the tension. The first time we heard this was in the season five finale, ‘Swan Song,’ and it’s safe to say it made a lasting impression among fans.

After Dean shows up to the Lucifer and Michael (Jake Abel) confrontation and finds himself in way over his head, Castiel shows up with Bobby and yells, “hey, Assbutt!” to distract the latter. Of course, it doesn’t end well, and the comedic line turns sour when the Lucifer-possessed Sam explodes Cas’ vessel, seemingly killing him. “Hey, Assbutt!” went on to make a couple more appearances before the show’s end, once in the 200th episode milestone and again in the season twelve episode, ‘Rock Never Dies,” and remains a brilliant insult that we all use in our own lives.

After coming into possession of a cursed rabbit’s foot, Sam starts to experience incredible luck, but that luck turns awry when Bela Talbot steals it. You just can’t trust those cursed objects, can you? What results is some of the show’s most iconic comedic scenes and one-liners, from Dean throwing a pen into the barrel of a gun to his “I’m Batman.” But perhaps the most iconic is Sam’s puppy dog expression that accompanies his “I lost my shoe.” Don’t worry, Sammy. It’s okay.

“We Got Work To Do.”
Because of the endless memorable quotes in Supernatural, it’s easy for some of them to be overshadowed by others. But, this line from Sam came at the end of the pilot episode all the way back in 2005 and is notable for a good reason.

Initially, Sam opts to help his brother with one job, but after he returns to college to find his girlfriend, Jessica, burning on the ceiling the same way his mom had, he ultimately decides to start hunting with Dean again. What makes this line stand out is that not only did it appear a few times throughout the show, but it made one final appearance at the end of the final season’s first episode, mimicking the scene that started the incredible journey fifteen years prior.

“Family Don’t End With Blood, Boy.”
It’s a quote that came to mean so much to millions. First mentioned in the season three finale, “No Rest For The Wicked,” after Dean and Sam attempt to leave and find Lillith without him, Bobby tells Dean that “family don’t end with blood, boy,” after the eldest Winchester brother tells him it isn’t his fight.

Family is a consistent factor of the show, and Bobby’s iconic words were proven repeatedly. During a chat with Crowly in season ten, Dean references Bobby when he tells the King of Hell, “a wise man once told me, family don’t end in blood, but it doesn’t start there either. Family cares about you, not what you can do for them. Family’s there, through the good, the bad, all of it. They got your back. Even when it hurts.” The quote became one to live by within the SPN family and remains so even after the show’s end.

“Dad’s On A Hunting Trip. And He Hasn’t Been Home In A Few Days.”
Fourteen words. That’s all it took for millions of people worldwide to enter the world of monster hunting and take up permanent residence in the back of a 1967 Chevy Impala with the Winchester brothers. We were hooked from the get-go, and these fourteen words were the ones that started it all.

When Dean shows up uninvited at Sam’s college dorm, he informs his younger brother that their father hasn’t been home for a few days, and he’s starting to grow concerned. When he rephrases his sentence in a way that Sam will understand, he tells him, “dad’s on a hunting trip, and he hasn’t been home in a few days,” to which Sam immediately catches on. And we all know what happens next.

My name is Damyan Ivanov and i was born in 1998 in Varna, Bulgaria. Graduated high school in 2016 and since then i'm working on wordpress news websites.
Quotes, Supernatural, Supernatural quotes