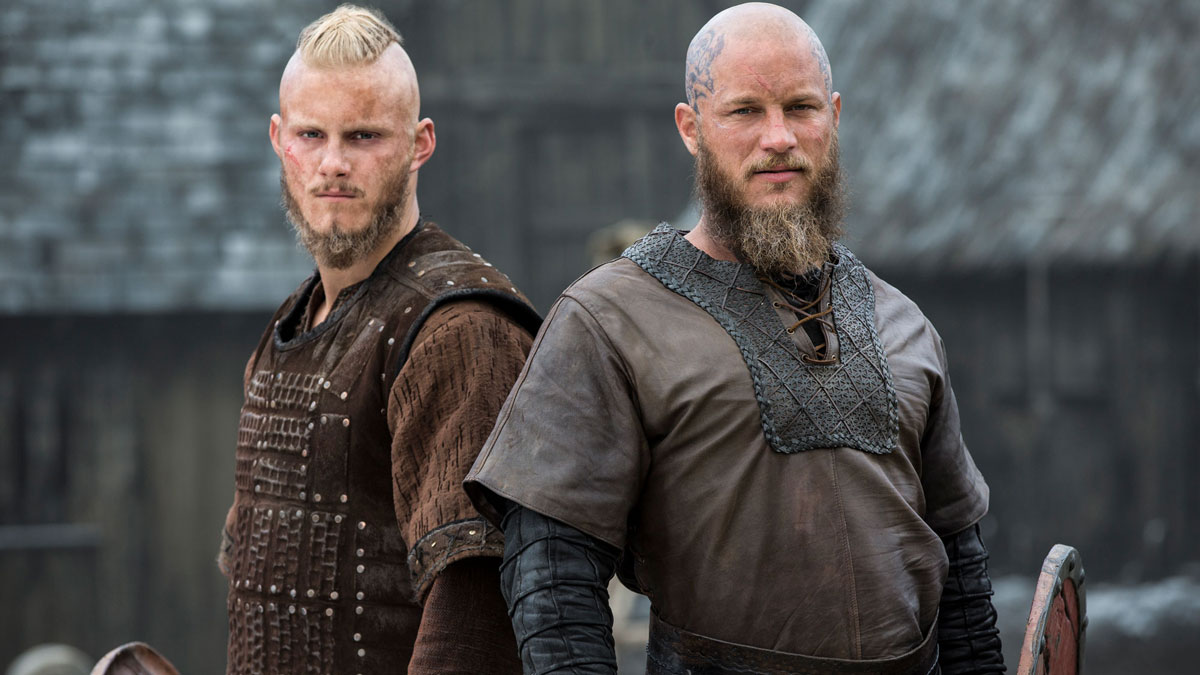 Vikings: Valhalla is a brand new spin-off to History Channel’s signature Vikings series. The Netflix Original is coming globally at some point in 2021 and we got our first look during the Netflix Geeked Week event! Here’s everything we know about Vikings: Valhalla coming soon to Netflix.

Vikings: Valhalla is an upcoming Netflix Original historical drama created by Michael Hirst and a spin-off of the popular History Channel series, Vikings. The series will be produced by MGM Productions like its predecessor.

Hirst offered his thoughts on whether the new series will match Vikings in scope and scale and gave a little glimpse of how the world is changed in the prequel:

“It couldn’t be on a greater scale than the final episodes of my Vikings. Because the armies and the big battles we had… You really can’t get much bigger than that, actually. But what can I say? It is being made in the same places, a lot of it. We go back to Kattegat. That, of course, is the spiritual home of the Vikings. But it’s a changed Kattegat. It’s an established… It’s one of the biggest ports really, trading ports in Europe. It’s grown in size and significance.The King of England has become a Viking. The Vikings have overrun most of England and they own Normandy.”

Jeb Stuart is on board to write who is most known for his work on movies including The Fugitive from 1993, Die Hard from 1988 and is also worked on The Liberator for Netflix.

The first look at Vikings: Valhalla was released as part of Netflix’s Geeked Week on June 7th, 2021.

You’ve been waiting patiently and the wait is over!

Get your first look at Vikings: Valhalla courtesy of @NetflixGeeked pic.twitter.com/9XW19sTH2b

What is the plot of Vikings: Valhalla?
Set over 100 years after the events of Vikings, the end of the Viking age draws ever closer as the Kingdom of England stands tall against its Scandanavian raiders. After the death of King Edward the Confessor, three lords make claims to the English throne, changing the future of England forever.

In a recent interview, Hirst commented on how Valhalla will be connected to the original Vikings show, confirming that we will be seeing a lot of the same locations from it:

“What Jeb [Stuart] does actually is he pays attention to the mythology of the Vikings. So whenever they meet in the great hall in Kattegat, and of course they talk about the great eras who used to sit in the same hall at the same table, and they were Ragnar Lothbrok, Lagertha, and Bjorn Ironside, and Ivar the Boneless, who are now mythic characters even within the show, even within Vikings: Valhalla. That’s a really great connection and effect. It gives ready-made histories to the new show. So you don’t need to know who Ragnar is to watch the new show. But it enriches the show and it hopefully will make people go back and find out, ‘Well who are these people they keep talking about? Was Ragnar so great? Why are these people mythic characters?’ So everything connects in a useful, and interesting, and fascinating way.”

The official Netflix page has been updated with a synopsis that is the following:

“The all-new VIKINGS: VALHALLA begins in the early 11th century and chronicles the legendary adventures of some of the most famous Vikings who ever lived – Leif Eriksson, Freydis Eriksdotter, Harald Hardrada and the Norman King William the Conqueror. These men and women will blaze a path as they fight for survival in the ever changing and evolving world.”

Who is cast in Vikings: Valhalla and who are they playing? 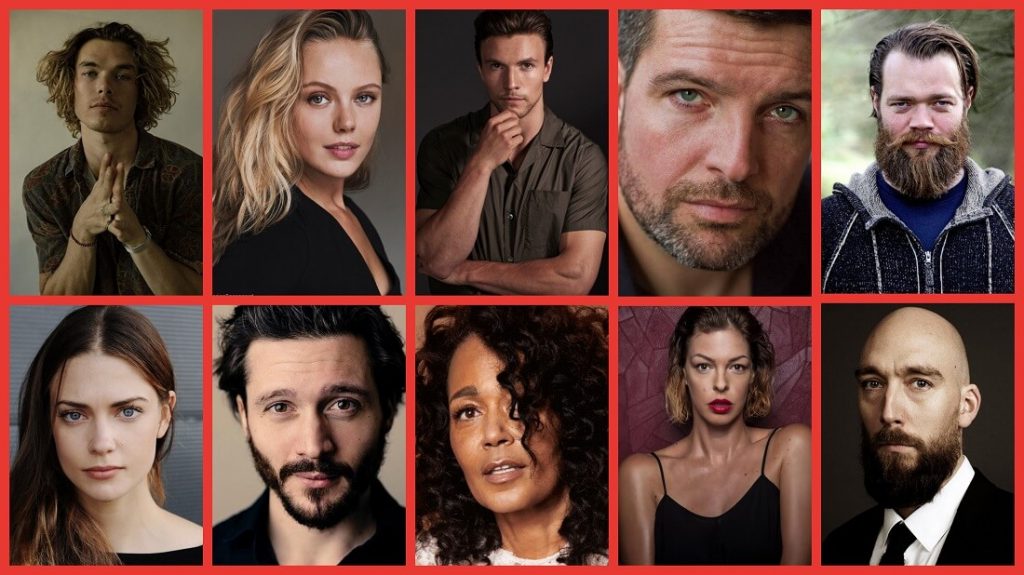 In January 2021, Deadline revealed ten main and recurring cast members of Vikings: Valhalla along with their role descriptions:

Sam Corlett (Chilling Adventures of Sabrina) will play Leif Eriksson, a Greenlander, raised on the outer fringes of the known world. He comes from a tightly-knit family steeped in the old pagan beliefs. An intrepid sailor and physically tough, Leif is our entry into a Viking world in the throes of violent change.

Frida Gustavsson (The Witcher) is Freydis Eriksdotter who is fiercely pagan, fiery and headstrong. She is a staunch believer in the “old gods.” Like her brother, Leif, she reaches Kattegat as an outsider but becomes an inspiration to those of the old ways. If you recall, Frida was one of the cast members we revealed earlier.

Leo Suter (The Liberator) will play Harald Sigurdsson. Born into Viking nobility, Harald is one of the last Viking berserkers. Charismatic, ambitious and handsome, he is able to unite both followers of Odin and Christians.

Bradley Freegard (Keeping Faith) plays King Canute. The King of Denmark. A wise, savvy and ruthless Viking leader. Keeps his friends close and enemies closer. His ambitions will mold the course of history in the 11th century and make him a defining figure of the Viking age.

Johannes Haukur Jóhannesson (Cursed) portrays Olaf Haraldson. Olaf is Harald’s older half-brother. He is physically huge and ambitious; he is a stern and unforgiving Viking. Olaf is an “Old Testament” Christian.

Laura Berlin (Breaking Even) plays Emma of Normandy. The young, ambitious Emma of Normandy is from the Norman court and of Viking blood. Politically astute, and one of the wealthiest women in Europe. She is most likely a descendant of Rollo from the original Vikings series.

David Oakes (The Borgias) is Earl Godwin. The ultimate survivor. Chief counselor to the King of England. Born on the political fringes, his cunning ways get him far. David was another of several cast members we revealed in the past few months.

Caroline Henderson (Christmas Star) will play Jarl Haakon. A great warrior and tolerant leader, Haakon rules Kattegat with a steady hand. Though Pagan, she has managed to keep Kattegat a city open to all faiths in a challenging time. She will become a powerful mentor to Freydis, who is drawn to her wisdom.

Pollyanna McIntosh (The Walking Dead) recurs as Queen Ælfgifu. Calculating and ambitious, Queen Ælfgifu of Denmark has a hand to play in the political power struggles unfolding in Northern Europe. She uses her charm and guile to great effect as she promotes the interests of her Mercian homeland and tries to assert herself in Canute’s growing power structure.

Asbjorn Krogh Nissen (Bron) is Jarl Kåre, who presents a threat to the old pagan ways.

Will anyone from the original Vikings appear in the new series?
Yes, and the first and most notable actor from Vikings that will appear in Valhalla is John Kavanagh as confirmed by his agency CV. He portrayed the Ancient Seer throughout all six seasons of Vikings and later on started appearing in some characters’ visions. We assume he will be appearing in visions in Valhalla as well.

Other cast members from Vikings that will appear in Valhalla include Karen Connell, Bosco Hogan and Gavan O’Connor Duffy. Connell appeared in Vikings as the Angel of Death so we assume she will have the same role as well, while Hogan and Duffy will have entirely new roles. In Vikings they appeared as Abbot of Lindisfarne and King Frodo respectively.

What is the production status of Vikings: Valhalla?
Official Production Status: On hiatus (Last Updated: 28/11/2020)

Pre-production for Vikings: Valhalla had started earlier this year, but was halted due to the COVID-19 pandemic. Fortunately, it was resumed in July 2020 and now we can confirm that filming has started in Ashford Studios, Ireland as of August 2020. We don’t know exactly how long filming will last, but originally it was planned to be from March to October 2020.

In September 2020 we got a few more photos from the set. Below, you can see a gallery of photos from the first weeks of filming at Ashford Studios. As you can see, it is clearly Kattegat. Many of the pictures are by Broadsheet‘s Harry Warren.

On October 8th 2020 it was reported by The Irish Times that filming for Vikings: Valhalla was suspended that week after a dozen of cast and crew members tested positive for Covid. Later that week production resumed after it was cleared that those were only false positives and the cast and crew members were fine. The production halt only lasted a few days and the Vikings were back to their Viking business.

In late November 2020 cast and crew started to post updates about wrapping production on Vikings: Valhalla after filming for four months. It is unknown how much material have they filmed and whether this is a real season one wrap or a Christmas/Covid hiatus until early 2021.

In March 2021, BreakingNews.ie reported that filming of Vikings: Valhalla has been halted by two months. The casting of extras and actors has been halted as well. The exact reasons for this are unknown, but it is likely due to strict lockdown criteria.

Where will Vikings: Valhalla be filmed?
As mentioned above, pre-production has already resumed and the location is a very dear and familiar place for Vikings fans: Ashford Studios, Wicklow, Ireland. This is the place where most of the original Vikings series was being filmed for many years. To add to that, back in 2019, after filming of the final season of Vikings was finished, Ashford Studios secured permission for a €90m expansion, allowing them to build five new studios and support space. This will likely reflect on the production quality of Vikings: Valhalla.

With the main production hub being the same for Valhalla, we can expect to see many familiar external Irish locations that are just nearby. We can also expect many of the same crew working on the Vikings spinoff.

How many episodes will Vikings: Valhalla air?
It has been confirmed that 24 episodes of Vikings: Valhalla have been ordered thus far. That is a lot of episodes for Netflix to commit to considering the typical amount is anywhere between eight and thirteen.

Thanks to Vikings already on a schedule that splits seasons in half, we’d expect the first season of Vikings: Valhalla to do the same. This means there would be twelve episodes for Vikings: Valhalla season one.