Would you believe it’s been four years since Stefan and Damon Salvatore uttered those words for the very last time, leaving us all in floods of tears?

The Vampire Diaries, based on the popular novel series by L J Smith and tapping into our teen obsession with sexy blood-suckers, became a pop culture phenomenon.

Despite airing its last ever episode in 2017 and not returning for a season nine, fans are still invested in updates from Mystic Falls – whether it be real-world cast reunions, or fan-favourite character news from its ongoing spin-offs.

With so much interest still there (and more fans investing in the epic Elena Gilbert love triangle thanks to Netflix), why did the show – which originally aired on The CW – come to an end with season eight? 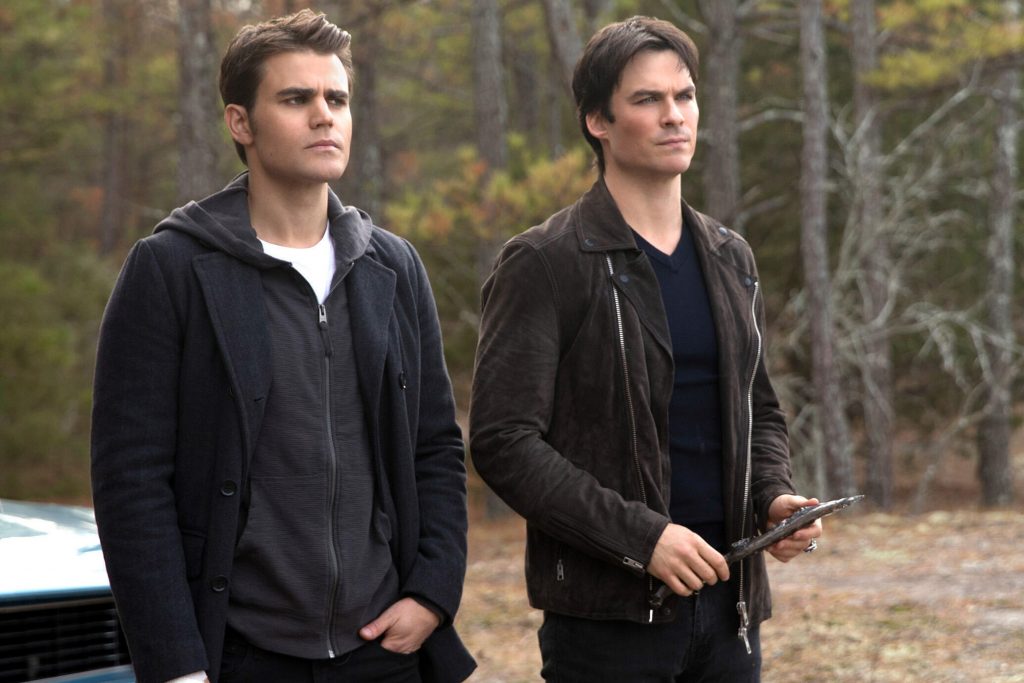 According to showrunner and co-creator Julie Plec, there was no simple, single answer. “There were a lot of things that went into [the decision to end the series],” she told Hollywood Reporter back in 2017.

“Some logistics, some contractual, where you were just like, ‘OK if this person doesn’t come back, is the show still going to be good? What if they do come back, but we don’t know until the end?’ A lot of that silly stuff you’re not supposed to talk about. Logistical stuff,” Plec added.

She also noted that the decision ultimately came down to the storytelling, with it feeling like the right time to draw Vampire Diaries to a close.

“Once we started talking about quote-unquote ‘hell’ and quote-unquote ‘peace,’ which is the Vampire Diaries version of heaven, it felt like if we’re telling those stories, and we’re telling stories about our characters trying to find their ultimate redemption and salvation with the end result being peace or hell, then it certainly now feels like this is the last season,” Plec told the publication at the time. “Because if you can’t take those journeys all the way to their conclusion, then why are we telling these stories in the first place?”

Over the years, many have speculated whether her departure – which played out on screen in an emotional ending to season six – had, in fact, contributed to the eventual decision to cancel the show altogether.

The actor made the initial announcement on Instagram in 2015, telling fans at the time that she had “just spent the most beautiful weekend on Lake Lanier in Georgia with my own TVD Family, the cast and crew of The Vampire Diaries” and that she had wanted to share that “it wasn’t just a holiday celebration, it was a goodbye party”.

Dobrev also revealed that she “always knew I wanted Elena’s story to be a six-season adventure”, calling that time “the journey of a lifetime”.

In a statement to US Weekly, Julie Plec described Nina’s exit as both “bittersweet and beautiful”.

“Nina is excited to spread her wings, get some rest, travel the world, and also take it by storm, and we support her a thousand-fold,” Plec added.

It was also confirmed, then and there, that the Vampire Diaries show would go on: “We look forward to the insane and exciting challenge of continuing to tell stories of our Salvatore Brothers and our much-loved and gifted ensemble.”

But, for many, it was the draw of Elena’s epic romances with vampire brothers Stefan and Damon (but mostly Damon) that compelled them to watch. Without one-third of the trio, how long could VD continue?

The writers were smart, writing the gap that Elena left behind into said storyline. Sure, she wasn’t seen on-screen, but her presence was still felt right up until the big reunion that season eight’s last ever episode delivered.

The show’s ratings were said to be in decline, although this can’t be entirely pin-pointed to Dobrev’s departure – the numbers were reportedly already dwindling – some thought this could have been one of those logistical factors in the eventual decision to draw the show to an end.

But Plec has previously insisted (via Variety) that “we hadn’t had the plug pulled – we had chosen to say goodbye”.

Vampire Diaries’ ending provided fans with closure, with an emotional pay-off for each and every central relationship that viewers had invested in right from the very first pilot episode.

With spin-off series Legacies now onto its third season, and with a fourth on the way, Elena and Damon’s happily-ever-after is still well and truly alive. Literally.

The Vampire Diaries’ descendant show is focused on the Salvatore Boarding School for the Young and Gifted, which was set up by Alaric Saltzman and Caroline Forbes, and also provides regular updates about other Mystic Fall favourites, including Bonnie Bennett and Matt Donovan.