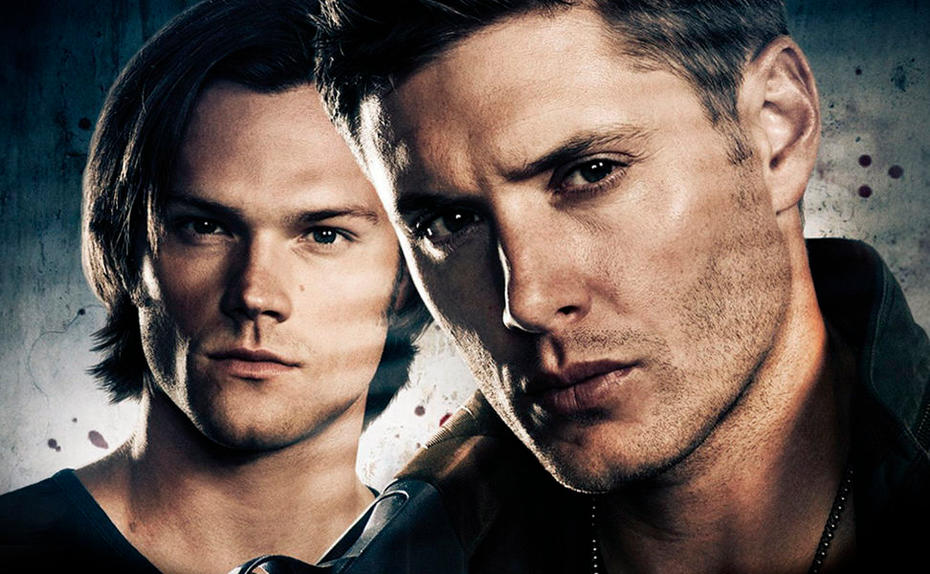 Supernatural hit the ground running in Season 15 thanks to all of the damned souls that escaped Hell after God unleashed them. As if the escaped souls weren’t enough, Sam has been dealing with the wound he took to the shoulder after he shot God in the same spot back in the Season 14 finale. As Castiel learned when he tried to heal Sam in the Season 15 premiere, this was no common gunshot wound, and Dean noted the lack of an exit wound. But what does this mean for both Sam and God? Supernatural‘s showrunner weighed in.

Showrunner Andrew Dabb spoke with CinemaBlend about all things Supernatural, and he said this when I asked about the impact the wound would have on Sam:

It’s going to have a big impact on him. Like we said at the end of last season, the gun shoots kind of a piece of your soul, and if a piece of your soul gets embedded in literally God, there are reverberations from that. If you think about a string connecting two cans, right, there are vibrations along the string, and I think that’s gonna help them in some way. Maybe give them a little insight into what God is doing, but also it’s not always fun to be hitched to a flaming comet as rides through the sky, so there are pros and cons I would say.

After two episodes of Season 15, Supernatural has really only showed the unfortunate effects of the wound. Sam is clearly in pain, Castiel was unable to heal him and felt an energy he’d never felt before, and Dean presumably isn’t feeling too great about it, considering his larger existential crisis at the reveal of God pulling the strings on everything.

“Raising Hell” even showed that it’s having a detrimental effect on God, as he went to his sister for help, and she confirmed that he’s not at his best. She also more or less abandoned him, which leads me to wonder if he’s really regretting his decision to give the Winchesters a gun powerful enough to harm him, if not necessarily kill him. When are the Winchesters going to learn that Sam’s wound is actually a two-way connection?

Hopefully they figure out they can get some insight into God’s actions before God does. They really need a win at this point, especially since the reunion with Kevin didn’t have a happy ending. While he wasn’t damned back to Hell where God had secretly stuck him, Belphegor revealed that souls that are damned can never get into Heaven unless God himself decides to do it.

Since God isn’t exactly doing the Winchesters and their friends any favors at the moment, Kevin (played by future Arrow-verse actor Osric Chau) is doomed to walk the Earth, dead but unable to ascend to Heaven, for the time being. He really can’t catch a break, can he? And he’s not going to be the only big loss that the Winchesters are going to take in Season 15!

At this point, Sam is seemingly the only one who has an idea that the wound is more than just an injury, but also a potential connection to something else. Andrew Dabb clarified what exactly happened in the premiere with Sam’s wound and what he saw when Cas inspected it:

I should be specific. Castiel didn’t actually see the vision Sam saw. Castiel couldn’t heal it and that’s disturbing to him, but the only person that’s seen the vision is actually Sam.

The Winchesters aren’t generally the best about sharing their feelings, but hopefully Sam will come clean about how the wound is still bothering him sooner rather than later. Dean did notice in “Raising Hell” when Sam felt a stab of pain in his shoulder, which happened to coincide with God poking his own wound.

It seems that what happens to God happens to Sam on an ongoing basis, rather than just the one instance when Sam shot him. Since God apparently wasn’t slashed by a ghost clown last week, it’s probably a safe bet that he doesn’t go through everything Sam does. Still, only time will tell.

See what happens next for Sam, God, and the rest when new episodes of Supernatural air Thursdays at 8 p.m. ET on The CW. God will bring back some “old familiar faces” to mess with the Winchesters, so things could get bad for them before they get better. But hey, it sounds entertaining for those of us watching safely from our demon- and ghost-free homes!