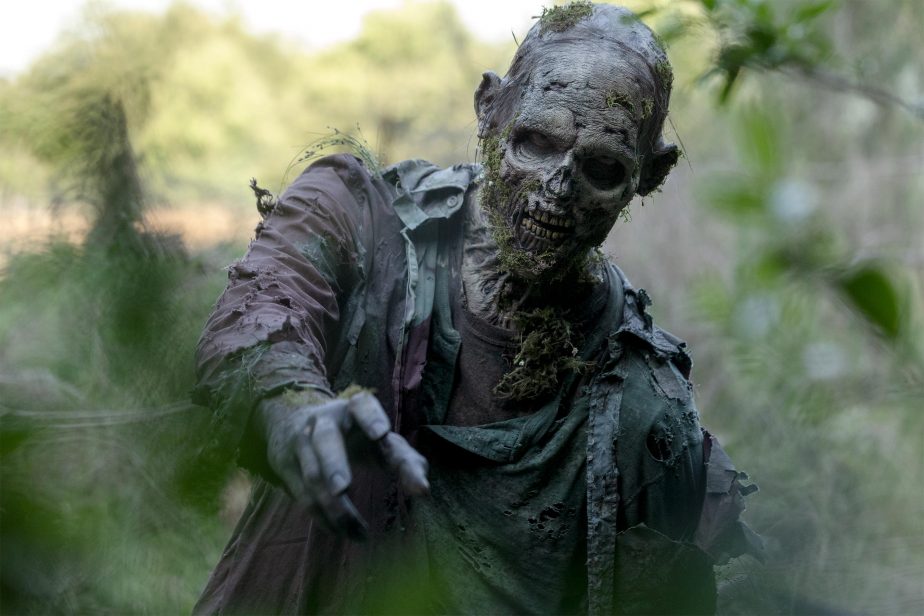 How long do you think you could hold off a zombie invasion? One minute? Maybe two? Well, the residents of Alexandria will have to hope they can hold out a lot longer than that. On this Sunday’s episode of The Walking Dead, the community will be under siege for more than 49 hours. And you can watch it all play out in a matter of minutes.

The onslaught will take place at the very start of the episode, and we’ve got the exclusive first look at the first 44 of those 49 hours right here. It begins at 6 a.m. with Carol (Melissa McBride) waking on a seemingly beautiful morning. (But what’s she doing with that bottle of pills?) A few walkers stroll into view. No big deal. Not something our heroes can’t handle. But then some more appear. And then even more. Enough that Aaron (Ross Marquand) almost loses his life. “They keep coming from the direction of the border, just constant wave after wave,” he tells the others.

But why are they coming? “This is her,” says Carol, with her being Alpha (Samantha Morton). That would seem to make sense. After all, Alpha and the Whisperers can control the movement of large herds of zombies by walking among them. Could this be payback for crossing her border? We just saw an epic staredown between Alpha and Carol after the satellite crash, and while it would seem the survivors had a good reason to cross the border to put out the flames, is it good enough for Alpha?

Whether Alpha sent them or not, the zombies are there, and you can watch the Alexandrians defend their turf — as the sky turns from light to dark to light again to dark again — in the first few minutes of the episode above. And then see the rest of the siege and what comes after when the episode airs in full Sunday night on AMC.