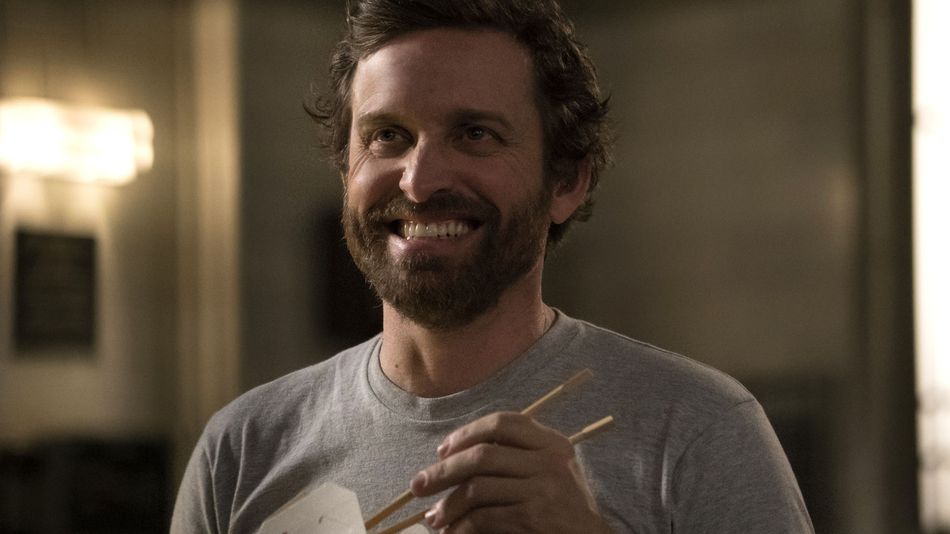 All is not well for one of Supernatural‘s most powerful beings in the show’s final season. The special gun he gifted to Sam, Dean and Castiel to off an out-of-control Jack at the end of Season 14 ended up being turned on its creator, and although he survived, Chuck’s powers are now greatly diminished.

Unable to hop across dimensions for respite, Chuck went running to his unsympathetic sister, Amara, aka The Darkness, who, unfortunately for him, wasn’t in the mood to let bygone be bygones and help her treacherous sibling. Now, Episode 4 finds the Allmighty in the place you’d least expect: outside the house of his ex-girlfriend, Becky Rosen.

Yes, that same Becky Rosen who Sam and Dean discovered to be the one behind many a “Supernatural” fan fiction story back in Season 5. Becky was Carver Edlund’s (Chuck’s pen name) biggest fangirl, which he took advantage of to prop up his own fragile ego when he was still masquerading as a humble Prophet of the Lord-turned-trashy-novelist. No longer going by her online identity of “samlicker81,” Becky now has a husband and two children, but that doesn’t stop Chuck from forcibly inserting himself back into her life again in order to, once again, boost his self-confidence.

Inside her new suburban home, we see that though Becky has made excellent progress in moving away from her toxic impulses of old — like drugging Sam with a love potion so that she could marry him — she’s not put the world of “Supernatural” behind her: her home is full of small, hand-crafted models from Sam and Dean’s exploits that she sells on the “most successful Etsy store for unofficial ‘Supernatural’ merchandise in the country… probably the world.”

She’s also retained her passion for writing stories about her two favorite fictional characters — stories that focus less on monster-hunting and more on Sam and Dean’s everyday lives because “that’s the stuff people like the most anyway.” Impressed that she’s found a way to turn her obsession into a healthy creative outlet, Chuck confides in her — maintaining his Prophet guise — that he’s had a falling out with Sam and Dean, who Becky knows are actually real people, and after his sister’s rejection, he’s hit an all-time low.

At first, Becky is rightfully indignant about him seeking to use her to massage his pride again, telling him that now that she’s learned to like herself, she doesn’t need him or his work anymore. “I know,” the crestfallen deity replies. “You don’t need me, no one does.”

His gloomy guilt trip works: Becky encourages him to get back to what he loves doing best — writing. It’s a nice role reversal seeing her become the muse to inspire Chuck’s love of creation instead of the other way around. However, Becky’s kindness unfortunately seals her fate — and possibly the fate of her beloved Winchester brothers, too.

Her comments on Chuck’s first draft of his new story are nothing but complimentary, but when Chuck pushes her for some constructive criticism, she doesn’t hold back: “These villains just aren’t feeling very… dangerous? There’s no mention of Cas’, no classic rock, a villain’s monologue while the boys are tied up? A little originality wouldn’t…” she pauses, seeing Chuck’s darkening expression, “… hurt?” Chuck angrily grabs the keyboard back from her. “I’ll give you danger.”

Later in the episode, we find Becky thoroughly disturbed by his re-draft: “Supernatural: The End.” She questions, horrified, why he chose to write not only an ending, but such an “awful” and “hopeless” one. “You can’t do this to the fans! What you did to Dean, what you did to Sam…” Having now reclaimed his sense of purpose, Chuck shrugs off her complaints. “I don’t know how I’m going to get there, but I know where I’m going. […] I can do anything, I’m a writer.”

Just to prove this, when Becky’s husband and children arrive home, he turns them to dust with a snap of his fingers — or, “aways” them, as he meekly consoles a terrified Becky. He reveals his true identity to her and then, POOF!, she’s gone too. The closing moments of the episode show Chuck tapping away on her laptop, laughing to himself. “Oh yeah, this is gonna be good.”