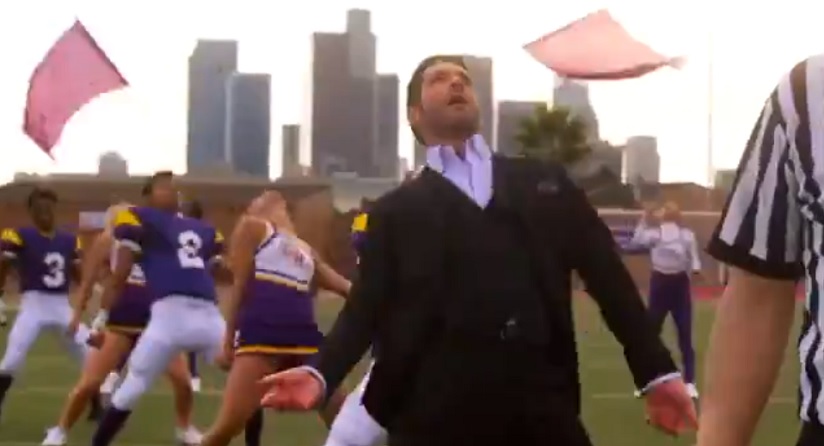 If Lucifer wasn’t weird and wonderful enough it’s set to get even stranger in the second half of its fifth season, with Tom Ellis and the cast set to strap on their dancing shoes for a special musical episode.

Yes, that’s right – like Buffy the Vampire Slayer, Scrubs, Riverdale and many live-action series before it, Lucifer is set to turn its usual action into an all-singing, all-dancing extravaganza. And in a new teaser clip released during DC’s Fandome streaming event, we got a sneak preview of what we could expect from the episode.

The most amazing scene of Lucifer yet, in case you haven’t seen it. Every cast member kills it! And LOTS of deckerstar! I’m dead. #LuciferSeason5 pic.twitter.com/a9Vam271iQ

“I feel like I’ve won a competition,” Ellis told Entertainment Tonight (see below). “I’m having the time of my life. I cannot wait for people to see this episode.”

In the first-look scene, Tom Ellis’ Lucifer, Lauren German’s Chloe, Aimee Garcia’s Ella and Kevin Alejandro’s Dan are examining a referee’s body on a football field when they suddenly launch into a rendition of Queen’s ever-appropriate (though not particularly sensitive) “Another One Bites the Dust”.

It’s a big, fun musical number to get the ball rolling on the musical format, and co-showrunners Ildy Modrovich and Joe Henderson have said it was one of the first ideas they had for the episode.

“It’s been a slow burn. In my heart, it began to blossom after the Vegas episode [in season two], when Tom and Aimee did ‘Luck Be a Lady,’” Modrovich said.

“I remember coming into rehearsal for that and crying because it was such a dream come true and it was so exciting to me. If there’s any show you could do a musical on, it’s this one.”

“To me, in these musical episodes you’ve got to have the story-based reason that everyone breaks into song,” added Henderson.

“Our show has people breaking into song all the time, but it’s because they’re at Lux or reasons like that.

“So, one of the challenges was, ‘What element could we introduce that is organic to our story that allows all of our cast to burst into song?’ And when we found that… that’s when it came together.”

“We always wanted to find a way to do it where it wasn’t just ‘Oh we’re doing a musical episode.’ There needed to be a reason for the music and dancing to happen,” agreed Ellis.

“It’s one of the biggest, if not our biggest episode yet,” added co-star Garcia.

But what other songs will the cast be showing off? And what’s making them go all Glee anyway? Hopefully fans won’t have to wait too long before finding out…