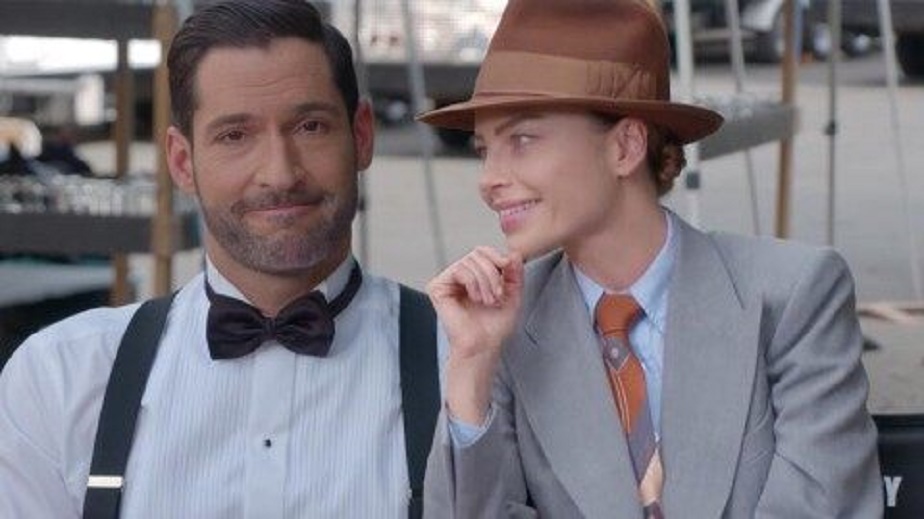 Hallelujah, our prayers have been answered! After four seasons of watching Tom Ellis sing up a storm on Lucifer, we’re finally getting a full-on musical episode in Season 5.

TV Guide has confirmed that Lucifer will put on the razzle-dazzle, but that’s not the only piece of exciting news. Said episode will actually be set in the 1940s, in an alternate universe. How’s that for a trip? The entire episode will be filmed in black and white, giving the whole thing a noir feel, and Lucifer won’t be the only one taking the stage. His eternal sidekick and confidante, Mazikeen (Lesley-Ann Brandt), will be joining him in a duet of a “period-specific classic.”

“I do sing with Tom, which is something I know that the fans really wanted,” Brandt told Entertainment Tonight, who first reported the news. “It’s a beautiful, beautiful rendition of one of my favorite songs and a classic and has incredible American vocals, and we pay homage to that era and time. There’s just a really sweet connection — we just filmed it the other day — between the two characters that I don’t think we’ve really shown in the five years we’ve been doing the show. So yeah, I think [fans] will be really excited about that little duet.”

Hm, what could this song be? We certainly wouldn’t say no to some Frank Sinatra!

Tom Ellis also tweeted out the news, saying, “This is one of the most unique and fun episodes of #Lucifer we have ever made…can not wait for you lovely #Lucifans to see it and the rest of season 5.”

This is one of the most unique and fun episodes of #Lucifer we have ever made…can not wait for you lovely #Lucifans to see it and the rest of season 5 @LuciferNetflix 😈😊 https://t.co/hocG0nezqr

Within the episode, everyone will reportedly be playing very different versions of the characters we’ve come to love, but you can bet every single one of them will be dressed in a snazzy new look. ET even shared a first look photo of Ellis and Brandt in their period costumes, and to say we’re amped is a massive understatement!

Exclusive: The devil is getting… jazzy? @LuciferNetflix is going noir for a special musical episode during the final season. 😈https://t.co/UfCqKDfCFk