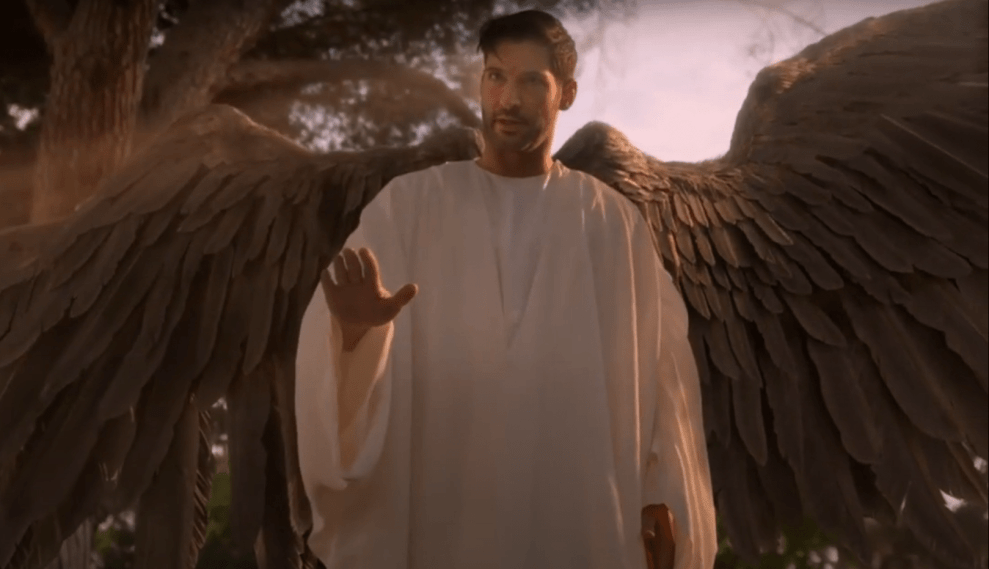 Season 5b is almost among us, and ‘Lucifans’ have spent the last few days pouring over every frame of Netflix’s brand new trailer. As Lucifer Morningstar (played by Tom Ellis) prepares to take over his father’s Heavenly duties, some fans have predicted the key plot points teased in the new promo could turn out very differently when the new episodes arrive next month.

Viewers believe they’ve spotted some moments of misdirection in the brand new trailer for the return of Lucifer’s fifth season.

Now, the latest trailer has previewed the most action-packed instalment of the series so far, as Lucifer prepares to go to war against his twin brother, Michael. The crime-solving devil will need all the help he can get, and trusted allies Amenadiel (DB Woodside) and Chloe Decker (Lauren German) will be right by his side.

Sadly, even after their long awaited family reunion, Lucifer still won’t be able to rely on his father, as God announces his plans to retire. With the Silver City without its ruler, it seems Lucifer’s bid to take over the throne will form the central throughline for the next instalment.

In one pivotal moment in the latest trailer, the devil finally finds his purpose in life and gleefully declares, ‘I’m going to be God!’ However, some observant fans are remaining cautious about the new trailer, as Lucifer has a history of embodying other character’s personalities.

One such viewer took to Reddit to predict the outcome of the upcoming season, and warned fellow ‘Lucifans’ certain scenes and dialogue may not be all they appear.

User peiger22 posted: “Am I the only one who thinks it is [out of character] for Lucifer to become God?

“I believe that he won’t be trying to become the new God but only be trying to imitate God’s behaviour so as to understand him and his emotion better.”

While Lucifer rebelled against Heaven several millennia ago, he has never expressed a desire to give his takeover another shot throughout the series.

Finally, they reminded readers: “It’s what Lucifer has done before with different characters.”

Another key moment of the trailer sees Lucifer testing out Dad jokes to ‘get into character’, another hint he could simply be trying to empathise with his father rather than become the new God.

One of the best examples of Lucifer’s signature personality switching occurred in the season three episode, ‘All Hands on Decker’.

When Chloe reluctantly takes some time off work, Lucifer is forced to pair up with Detective ‘Douche’ Dan Espinoza (Kevin Alejandro) for their latest case.

In order to fully commit to the investigation, Lucifer does his best Chloe impression to work the investigation and try to understand her baffling engagement to Marcus Pierce (Tom Welling). Although the last thing Lucifer wants is for his brother to take the throne, he would be much more content to stay on Earth with Chloe for the time being.

Nevertheless, the trailer has still drawn ecstatic reactions from fans of the series, who will all be tuning in at the end of May to discover if their wild theories and speculation are correct.