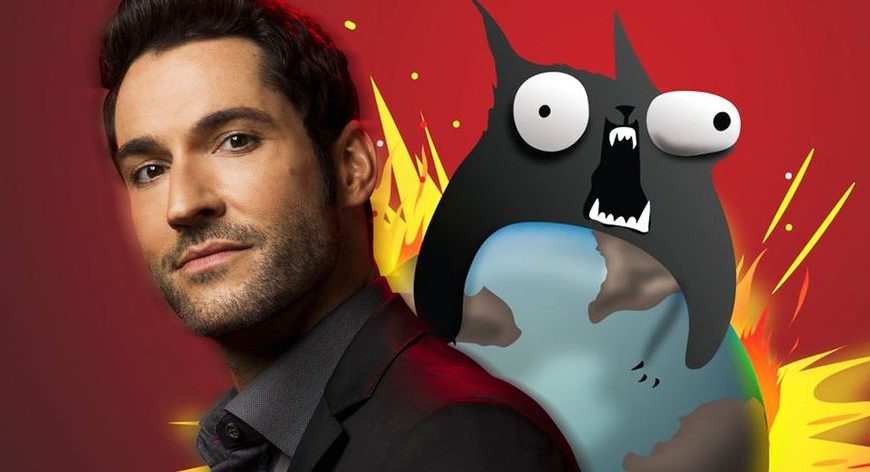 Lucifer’s Tom Ellis is set to star in another Netflix series – this time as a fluffy, purring God. Exploding Kittens is a perfect fit for the actor.

Lucifer’s Tom Ellis is about to star in another devilish series — this time voicing God in the form of a chubby housecat. Netflix has officially announced the development of an adult animated series entitled Exploding Kittens. Based on the popular card game of the same name, Exploding Kittens depicts the eternal conflict between Heaven and Hell, the aftermath of which sees both God (voiced by Ellis) and the Devil (Sasheer Zamata) sent to Earth in the bodies of fluffy felines.

While Ellis has found other roles after the Netflix hit, casting the actor as a cuddly force for good is the purr-fect follow-up to his best known character. In six seasons of Lucifer, his titular character was a sexy, self-indulgent Devil who found friendship, true love and famly. While little is known about the plot of Exploding Kittens, one assumes that his version of God will be just as appealing. Or, at the very least, that the series will play up hilarious cat-based stereotypes.

The plot seems to borrow its premise from lesser-known adult animated shows like Adult Swim’s short-lived God, The Devil, and Bob, wherein an ordinary man is approached by both celestial figures to be the deciding factor in the fate of the world. With Ellis’ massive star power, comedic appeal and smooth, sultry voice, Exploding Kittens guarantees a great deal more sucess. As the ending of Lucifer saw him miss out on the opportunity to become God — choosing instead to become Hell’s first healer — casting him as a Godly feline feels wonderfully ironic.

Fans will certainly tune in just to see what Ellis does with the role; he’s no stranger to the fantasy and sci-fi genres. Though he isn’t known for voice acting, he appeared as King Cenred in the BBC fantasy series Merlin and was featured in the Series 3 finale of the iconic British sci-fi series Doctor Who playing Thomas Milligan before Lucifer turned him into a TV superstar. He’ll be able to take the most fantastic plot points of Exploding Kittens and make them memorable but also not too outlandish.

Ellis and Zamata aren’t the only well-known names associated with the project. Lucy Liu of Elementary fame will voice the mom of two siblings (played by Abraham Lim and Ally Maki). Among the executive producers are Mike Judge and Greg Daniels, who co-created King of the Hill and are currently developing a potential reboot of the classic animated series. Daniels is also the creator of Prime Video’s sci-fi hit Upload, which will be entering Season 3.

But it’s Ellis’ name that will probably draw the most attention. Lucifer’s fan base was one of the most vocal for a TV show in recent years, with their passion for the series getting it picked up by Netflix for additional seasons after Fox canceled the drama. The actor also got well-deserved kudos for his entertaining portrayals of not only Lucifer, but his brother Michael. While the series had an impressive cast all around, Ellis was the engine that drove its success — and viewers will be hoping for an equally scene-stealing performance in Exploding Kittens, even if he’s only voicing the character.

There’s also so much for the creative team to play with in casting him. It would be a surprise if the writers don’t make some kind of Lucifer reference at some point, considering that the series is on the same streaming platform. Netflix could even use Lucifer in its promotion for the new series, hoping to draw in some of those fans who still love that series. While fans are more used to seeing Tom Ellis as The Devil, his casting is kind of a godsend for this upcoming animated series.