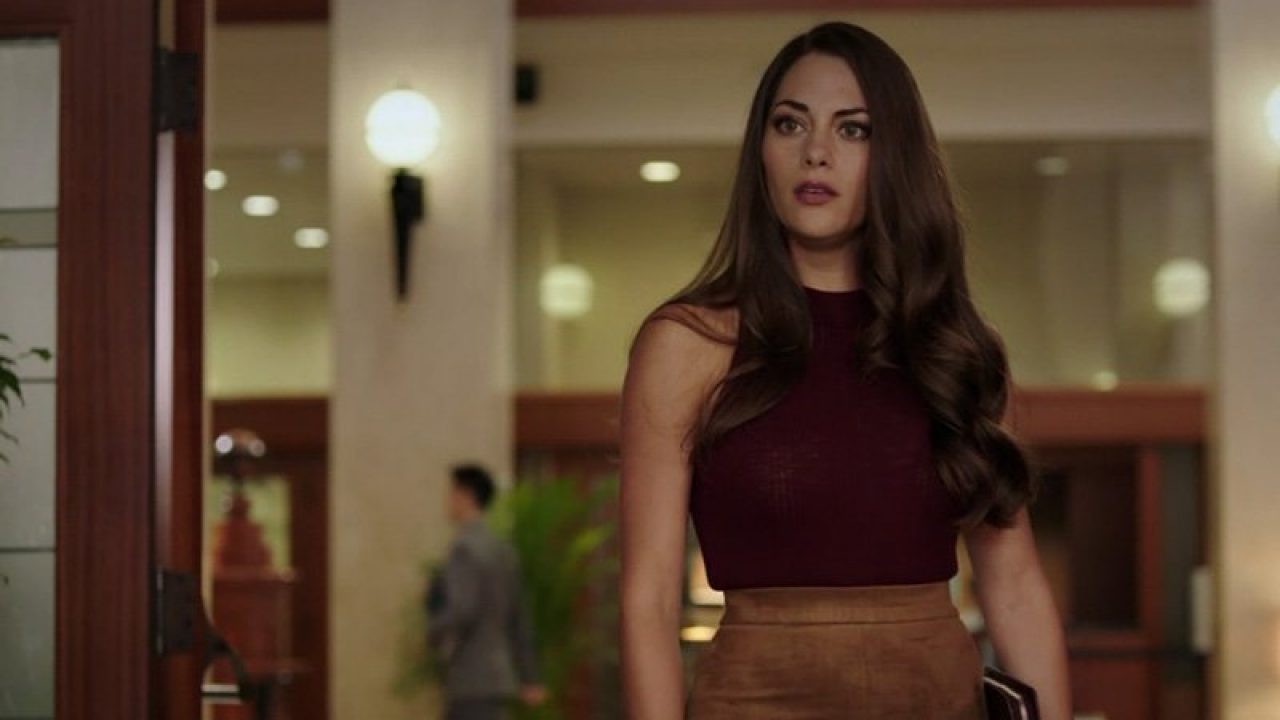 Lucifer actress Inbar Lavi charms on-screen as the world’s first woman Eve in the hit Netflix series. Now the actress has landed a major role in a new film ahead of the show’s sixth and final season.

Actress Inbar Lavi stars as Eve on the supernatural comedy-drama series Lucifer. With a sixth and final season already in the works on Netflix, Lavi’s latest project, a psychological thriller film, will surely tide fans over in the meantime.

Inbar Lavi’s character Eve in the series is the mother of all, and humour is often found where Eve seems to be out of touch with humans and the modern world.

Eve is also the former lover of the titular bad boy Lucifer (played by Tom Ellis) but it is clear that she only wants the best for him.

However, fans are patiently waiting for updates on the final season, as well as what awaits Eve’s relationship with Maze (Lesley-Ann Brandt).

Now, the star has landed a major role in a new film, titled Vronika, so audiences should be happy to see Lavi on screens again very soon.

Lavi will star alongside Jack Kesy in the psychological thriller and it’s directed and written by Geert Heetebrij.

Deadline reports that Lavi will play two roles in the film as it follows a woman named Roni and her crypto-currency day trader husband Stephen (Kesy).

Stephen causes problems when he creates a twin version of his wife names Vronika, who will also be played by Lavi.

Reportedly, Vronika’s sole purpose is to help Stephen win trades, but her creation will undoubtedly create havoc for the two later on.

Vronika is currently filming throughout various locations in West Michigan, so hopefully, an early 2022 release date is on the cards.

“[He] manifests a twin version of his wife Vronika, to assist him in winning trades.”

Vronika will also serve as Heetebrij’s feature film debut as a director.

Heetebrij is primarily a producer and his prior work included the TV show The Interior, which he wrote and directed.

Lavi posted the Deadline article to her Instagram and expressed her delight at winning the role.

She captioned the post: “Thrilled to be part of this psychological thriller, amongst these thrilling psychos 🙂 @vronika.film.”

The Vronika Instagram page also reveals that A Series of Unfortunate Events actor Usman Ally is a part of the cast.

While little is known about production at the moment, Lucifer fans will surely be excited to see Lavi explore a different genre, as well as play a dual role.

Though the actress hasn’t been far from screens in recent years, with roles on Stumptown, Imposters, and Prison Break, this will be the first time she heads towards horror-thriller territory.

Lavi’s Eve has been a hit with audiences ever since her introduction in season four, so what crazy antics will await the beloved character in season six?

Fans are hoping that the relationship between Eve and Mazi is further explored, especially after the difficult season five.