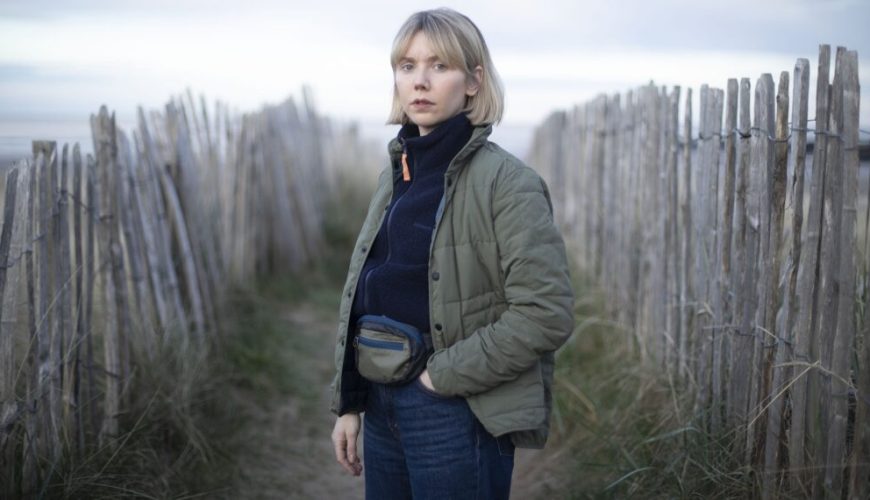 BritBox is gearing up for its next detective drama as the hub for top-tier British entertainment welcomes Karen Pirie to its fall lineup.

The ITV commission stars Outlander‘s Lauren Lyle as the titular detective who is based on the character from Val McDermid’s best-selling novels. Ahead of the show’s upcoming debut, BritBox unveiled a first look during their TCA presentation. Best known for playing headstrong Marsali Fraser in Starz‘s hit, Lyle is unrecognizable as the rough-around-the-edges detective tasked with solving a cold case from the ’90s.

And though it may be a far cry from the 18th-century world where Outlander is set, that fire behind Marsali can be found in Karen Pirie as well. “It was a part that I felt suited me quite well,” Lyle recalls about her first time hearing of the role. “I loved the script. It was so dynamic, so funny, and so dark.” 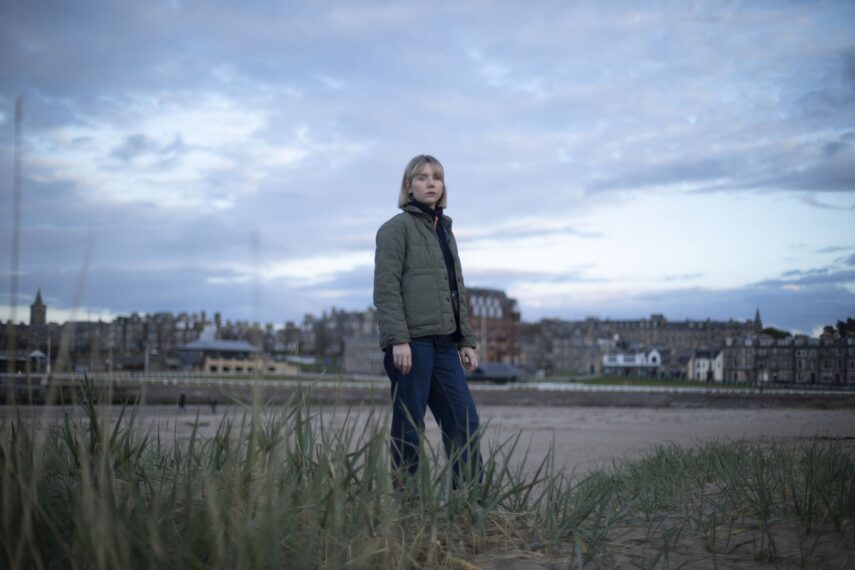 And while Lyle loved the role and the script, she almost didn’t get to play Pirie. “We weren’t sure if I could do it because of Outlander,” Lyle notes. But she recalls the show’s producer telling her, “‘It was always you. We were always going to make it work.’” And that was that.

So, what exactly sets this young female detective and series apart from others in the crime and mystery drama genre’s other titles? “When it comes to detective shows like True Detective and Mare of Easttown, quite often, the detectives are down and out broken people and are dealing with something really horrible in their own lives,” Lyle shares. “Karen’s so much more hopeful, young, and brand new at the beginning of her career.”

She continues: “She’s got a lot more drive and excitement around her. There’s not some terrible thing that she’s also dealing with. She fully invests in the case and wants to be ambitious, but is also in this horrible man’s world and quite out of her depth.”Karen Pirie Lauren Lyle(Credit: Courtesy of BritBox) 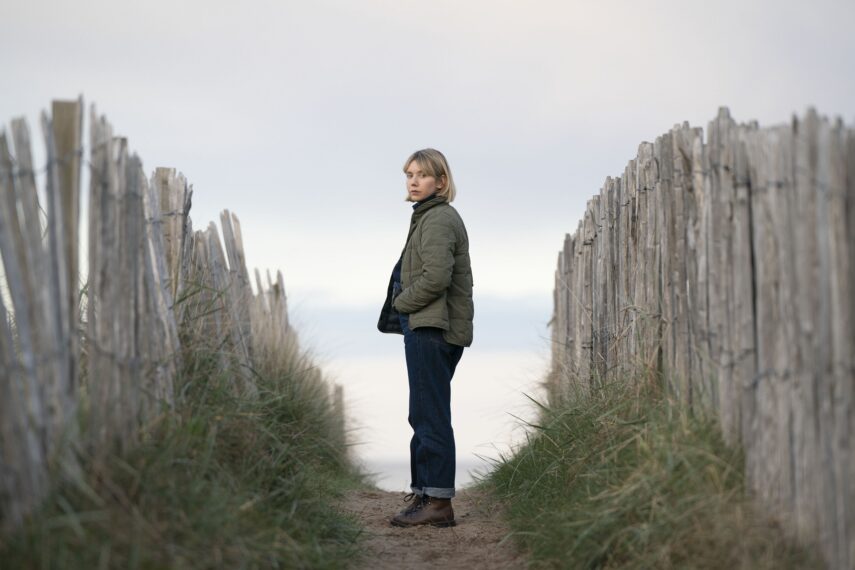 And well, she’s a bit quirky, too. “We play with this idea of she’s so cool and weird,” Lyle says. “She’s quite a bit of an oddball. She’s trying to fit in quite a lot with the men. But by doing that, she actually ends up isolating herself completely.” Viewers will see that isolation play out as she dives deeper into the case which involves several members of the small Scottish community Pirie inhabits.

While she may have to contest with difficult men in the workplace, Lyle reveals, “she doesn’t have to work as hard as the guys do to be naturally good at her job. She’ll, without thinking about it, go against your average rules as a detective to try and solve the case.”

The murder that Karen takes on is pulled out of the shadows when a podcaster first begins examining the case, forcing the department to reevaluate the handling of the initial investigation. The case revolves around the 1996 death of Rosie Duff (Anna Russell-Martin) and the three college students who claimed to have found her body — Sigmund “Ziggy” Malkiewicz (Jhon Lumsden), Tom “Weird” Mackie (Jack Hesketh), and Alex Gilbey (Buom Tihngang).

“It’s scarily relevant to the world that we live in right now,” Lyle notes. Without sufficient forensic evidence, no one was ever formally charged for Rosie’s murder. Karen plans to crack the case wide open. Can she bring peace to Rosie’s family decades later? Only time will tell.

Don’t miss Lyle as the titular detective when the show arrives this fall.

My name is Damyan Ivanov and i was born in 1998 in Varna, Bulgaria. Graduated high school in 2016 and since then i'm working on wordpress news websites.
Lauren Lyle, News, outlander, TV Series