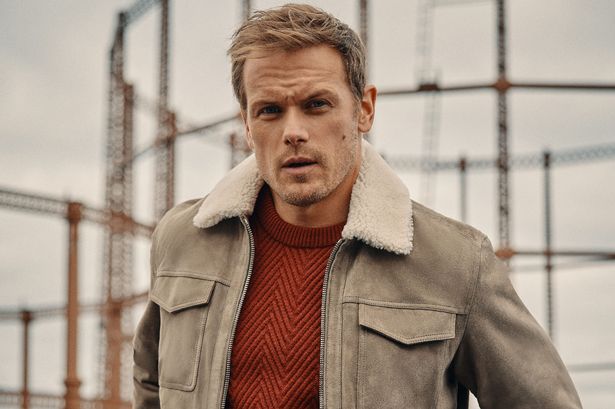 Sam Heughan is opening up about his love life.

During an appearance on The Drew Barrymore Show on Wednesday, the 41-year-old Outlander star was asked if he was single. The question caught Heughan off guard as he asked, “Wow, why are you asking?”

Host Drew Barrymore said she was asking for the actor’s dedicated fanbase who are called the Heughigans. From there, the 47-year-old actress recalled hearing how Heughan prefers to “put career ahead and put romance in the backseat.”

RELATED: Outlander Showrunner Hinted What We Can Expect From Season 7

After Barrymore asked whether that was “still true,” Heughan responded: “I never said that, I don’t think.”

“The job is so all-encompassing and we spend so much time on set and at work,” he continued. “But I’m open to something. I’m not sure what I’m saying I’m open for, but I’m open.”

Days before his Drew Barrymore Show appearance, Heughan was spotted kissing a mystery brunette woman, who was later identified as model Monika Clarke.

According to E! News, the pair were having lunch at Café Select in New York City. He additionally had his arm wrapped around her at one point.

In the past, Heughan has been notoriously private when it comes to addressing his love life. But he was previously linked to actresses including Amy Shiels, MacKenzie Mauzy and Cody Kennedy.

Previously, the Scottish star opened up about the difficulties of dating amid a busy acting career.

“Certainly, relationships are hard when you’re working in Scotland 10 months a year,” the actor told Inquirer in January 2020. “I travel a lot and any downtime I have, I’m trying to do other projects, so very much, my career comes first. Maybe I will find someone eventually.”

Added Heughan, “My whole career, not just ‘Outlander’ but as an actor, I have always put that first. It’s hard when you travel a lot. My priority has been my career, so that’s where I am at the moment. But I am sure at some point, I will get knocked off my feet, then I’m screwed.”