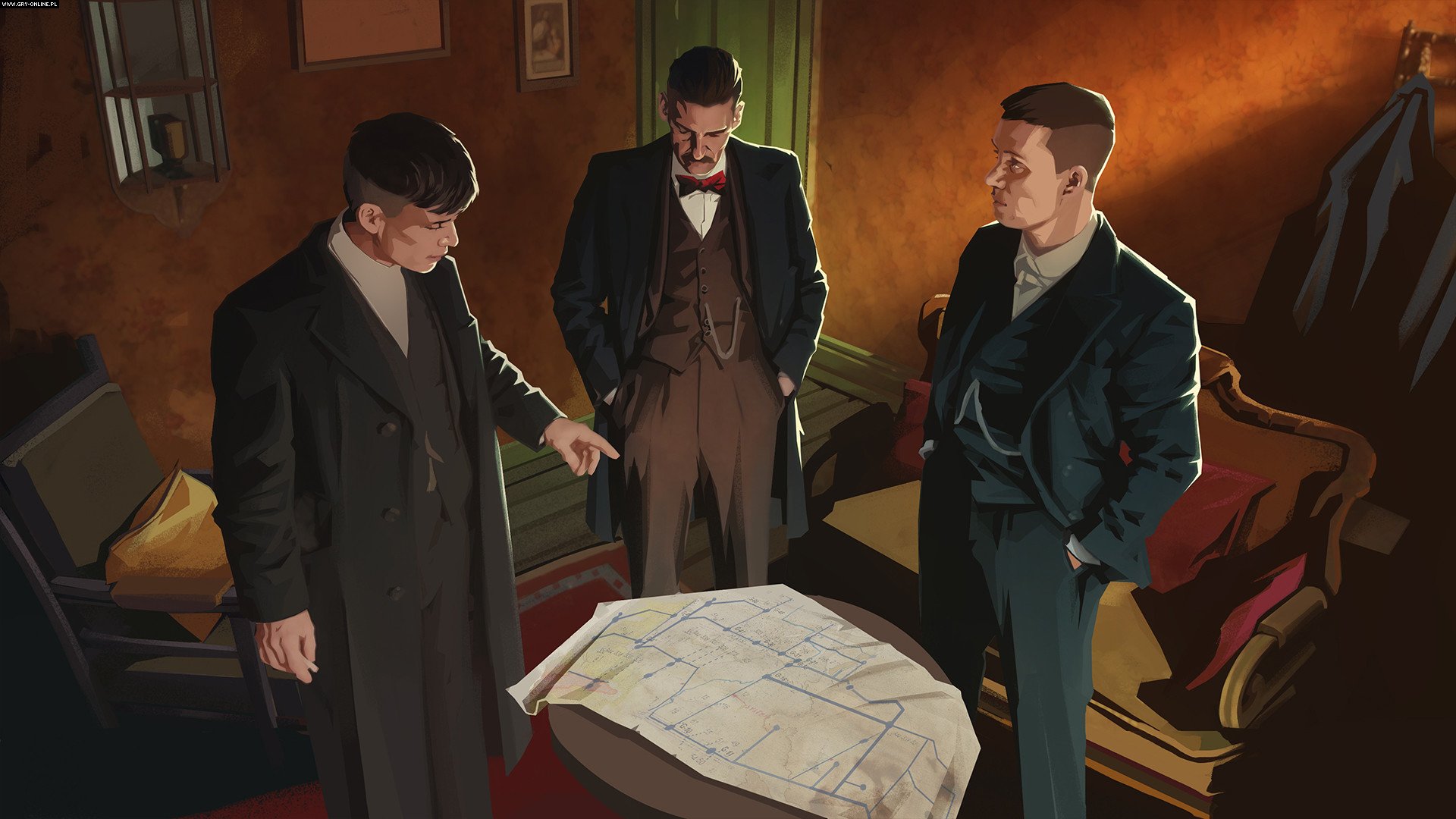 The hit BBC and Netflix crime drama is getting a video game adaptation that’s being made with the help of series creator Steven Knight.

Games based on movies have seen a slow increase in both quality and quantity recently, but anything adapted from a TV show is still very rare.

There was the okay-ish Narcos: Rise Of The Cartels recently, and the flawed but ambitious VR game Doctor Who: The Edge Of Time, but Peaky Blinders: Mastermind looks like it might be on a different level altogether.

RELATED: Why did Joe Cole leave Peaky Blinders for Gangs of London role?

It charts the rise of Cillian Murphy’s character Tommy Shelby and has you controlling him, Arthur, Polly, John and other major characters in a story that takes place just before the start of season one.

Although the game has an obvious influence from PC classic Commandos, in terms of its top-down stealth gameplay, it’s not a clone and has a neat gimmick where you can plan actions both backwards and forwards in time, by switching control between different characters.

To add authenticity, developer FuturLab, best known for Velocity and Velocity 2X, are working with series creator and writer Steven Knight – although it’s not clear who exactly is writing the script.

How many of the cast will be involved also hasn’t been announced yet but art-rock band Feverist, who worked on the show, will be creating a brand-new soundtrack for the game.

Peaky Blinders: Mastermind will be out on Xbox One, PlayStation 4, Nintendo Switch, and PC sometime this summer.

It’s not to be confused with the Peaky Blinders VR game that was announced last year, by the same team behind Doctor Who: The Edge Of Time. As although that also sounded promising there hasn’t been an update on it since then.