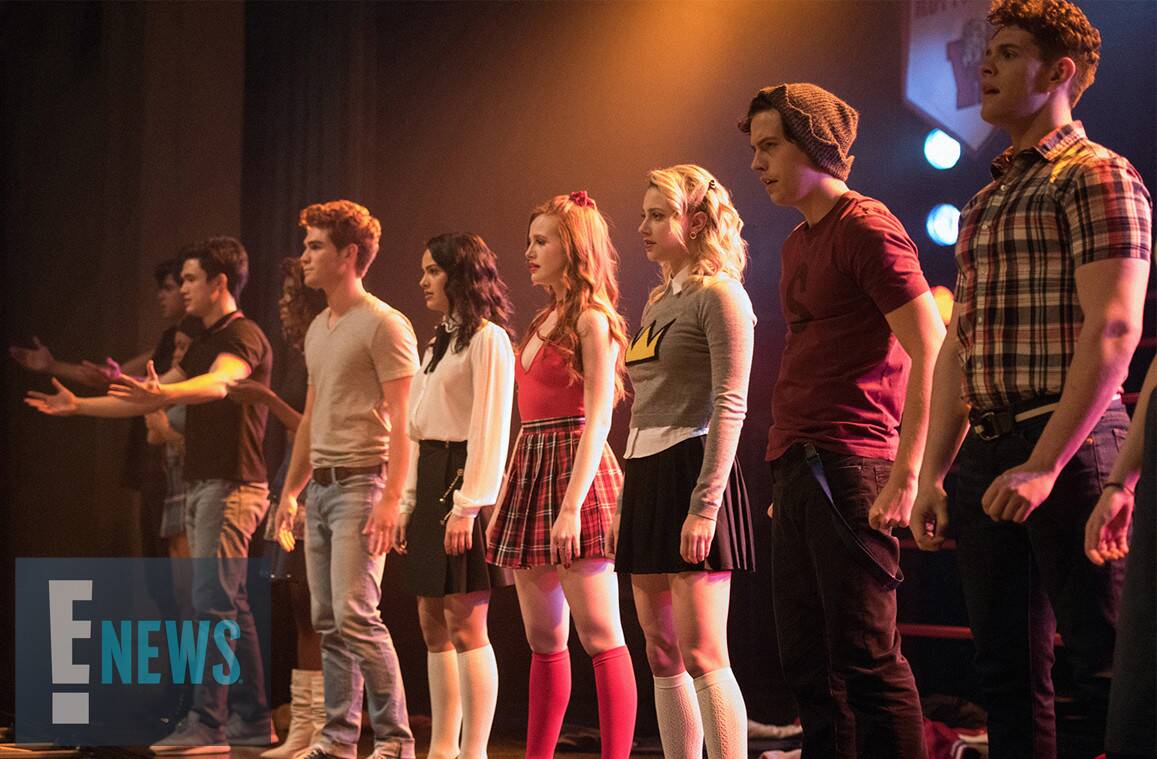 Have a little prayer I say to the Gargoyle King at the beginning of every Riverdale episode: “Less boxing, more singing.” Sorry not sorry, but the very best episodes of this show include lots of goofy song and dance numbers. With all this hullabaloo over Jughead’s (alleged) death in Season 4, I’m genuinely concerned about the state of the Riverdale musical.

Sure, Riverdale’s biggest belter Josie quietly left the show in order to join the New York City-set Riverdale spin-off Katy Keane, and the drama club’s Kevin Keller is still being deprogrammed after joining a cult (a totally normal high school predicament) but the show must go on. There is supposed to be a musical this year, based on the show’s panel at San Diego Comic Con. Still, why haven’t we heard anything more about it yet?!

I just want to know what piece of theater history they’re going to choose. Riverdale musicals are definitely edgier than, like, My Fair Lady, or The Music Man, or whatever. Season 2 had the Riverdale High kids doing Carrie, and Season 3 gave us The Farm Presents: Heathers. Both of those musicals are adaptations of cult classics about teenagers and murder.

It’s quite possible that the next Riverdale musical will be something along these same lines, but a little less well known, for example: Dogfight, Lestat, Bloody Bloody Andrew Jackson, Hands on a Hardbody, Lysistrata Jones, Bonnie & Clyde, Bare, Zombie Prom, or The Wild Party.

They could also just do something slightly more recognizable like… Little Shop Of Horrors or Sweeney Todd and be done with it. There’s a surprising number of musicals about murder, to be honest.

Here’s my personal favorite of the hypothetical options: Riverdale should do the American Psycho musical that premiered on Broadway in 2016. There’s tons of killing in it, very few people know it exists, and the stage adaptation was written by Riverdale creator Roberto Aquire-Sacasa. Jughead’s nemesis Brett Weston Wallis, an obvious homage to American Psycho’s original author Brett Easton Ellis, has already started to poke at that fourth wall. If Riverdale really wanted to shatter it completely, this might be the way.

Even if musicals aren’t your jam, you have to admit that these episodes, frankly, slap. They throw all logic out the window in the most joyful way. I would much rather be confused as to how Jughead learned a bunch of last-minute choreography than whether or not Betty’s “serial killer gene” is real. Bring on the season 4 musical, like, now.