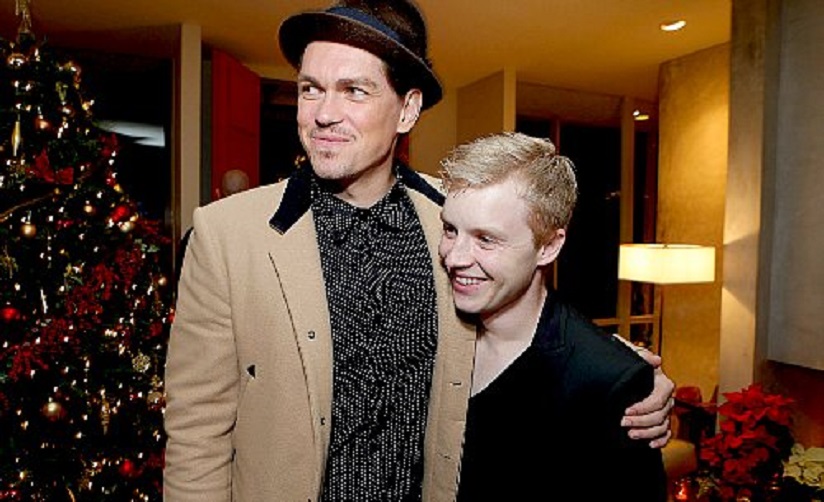 During the final season of Shameless, newlyweds Mickey Milkovich and Ian Gallagher attempt to navigate their marriage despite not having clear examples of love from their parents. In episode 6, Mickey struggled to understand what he felt about his homophobic father after an accident left him paralyzed. Many fans called Mickey’s Noel Fisher’s recent performance his most compelling yet, with co-star Steve Howey referring to him as an “underrated” actor.

Noel Fisher as Mickey Milkovich in ‘Shameless’
Violent and closeted, Mickey Milkovich was introduced as a local thug who frequently participated in illegal activities. He initially tormented Ian Gallagher, believing he assaulted his sister.

However, the two ended up in a down-low relationship as Mickey didn’t want to come out due to his internalized homophobia. His father also vehemently disagreed with the relationship and forced him to sleep with a Russian prostitute.

Unhappy with his life and wanting Ian back, Mickey publicly came out. The couple then began living together but split when they shared opposing views regarding Ian’s bipolar disorder and medication.

Mickey later ended up in jail, broke out, and then tried to convince his lover to flee the country with him. However, Ian decided against it, and they didn’t see each other for a couple of years until reuniting in prison as cellmates.

‘Shameless’ currently in its final season
Although the two fought often and literally stabbed another inmate in an attempt to get space from each other, they ended up marrying after their release. The first six episodes of the final season have focused on their newlywed life as they weren’t sure if they should have a monogamous relationship and had a difficult time holding down jobs as felons.

However, they figured it out by working as security guards for Kevin and Veronica’s marijuana business. Still living in the Gallagher house, the two have decent relationships with sister Debbie, who’s now dating a cousin Mickey previously hooked up with, their niece Frannie, and middle-school-aged brother Liam.

Celebrating the 1 year wedding Anniversary of Ian and Mickey.

There were tears of joy and love. They waited 10 years to have their Happily Ever After! 🧡🖤@SHO_Shameless #Shameless #gallavich #gallahitched

Their oldest sibling Fiona left town, and older brother Lip moved into another house with his girlfriend Tami and their son, Fred. However, the two recently brought up the quickly dismissed idea to sell the Gallagher home.

Additionally, Mickey’s racist and messy family moved in next door to the Gallaghers. Terrorized by them, Liam, the only Black family member, enlisted Kevin and his father Frank to force them out. After a few attempts failed, including trying to kill the house’s legal owner, Liam accidentally shot the patriarch, Terry, paralyzing him.

Steve Howey called Fisher an ‘underrated’ actor
When his father came back in a wheelchair and unable to move, Mickey didn’t know how to feel, especially as his dad previously tried to kill him due to his sexuality. However, he didn’t think his father deserved to suffer and thought about ending Terry’s life for him.

Instead, with his husband’s help, Mickey helped his father from off the street, where his family left him, and placed him on the front porch. Many viewers believed Noel Fisher, the actor who portrays Mickey, delivered his best performance yet, with some noting they could see the “pain” in his eyes.

He’s one of the best actors in Hollywood! @noel_fisher #underrated #shameless https://t.co/CA7xA7rset

Kevin’s Steve Howey agreed in a quote-tweet of a post commending Fisher’s skills, calling his co-star “one of the best actors in Hollywood.” Howey also included an “underrated” hashtag, presumably suggesting he didn’t think the actor received enough credit for his acting abilities.

My name is Damyan Ivanov and i was born in 1998 in Varna, Bulgaria. Graduated high school in 2016 and since then i'm working on wordpress news websites.
News, Noel Fisher, Shameless, Steve Howey, TV Series