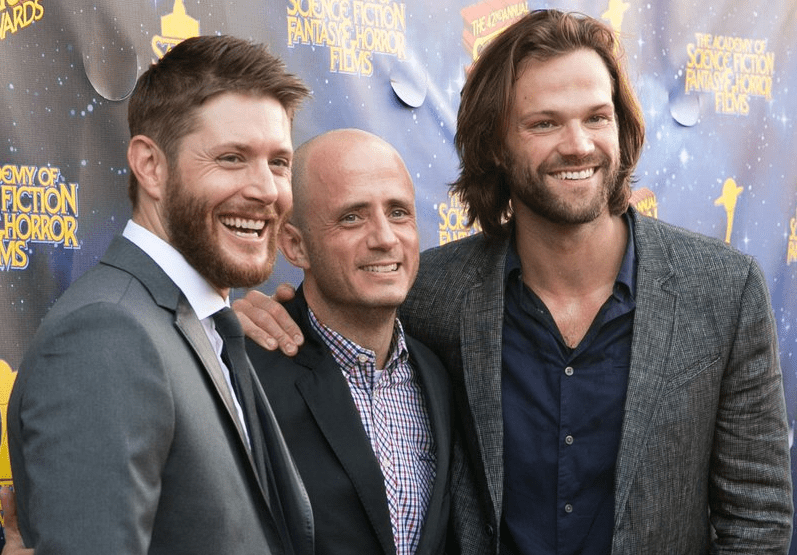 A television era is coming to an end with the upcoming series finale of Supernatural on The CW, and the long-running show has officially finished its last day of filming. After 15 seasons and more than 300 episodes, Supernatural will stand as one of the longest-running live-action sci-fi series in TV history. In honor of the final day of shooting, creator Eric Kripke (who departed Supernatural at the end of Season 5) shared a touching message, and I’m already emotional.

Supernatural creator and current The Boys showrunner Erik Kripke took to Twitter with a post that honors the show’s beginning, remembers a former member of the team, nods at the stars, and says an early goodbye. Take a look:

This was the first #Supernatural scene we shot. Today will be the last. I’m grateful & love you all beyond words. But it’s only over when you say it is, #SPNFamily. In the words of Kim Manners (RIP): Kick It In The Ass. #SPN @jarpad @JensenAckles @mishacollins pic.twitter.com/GXLqBkanPu

Eric Kripke chose a gif of a scene that was the first ever shot for Supernatural. The quick glimpse of the scene with Dean smacking Sam’s hand shows that Jensen Ackles (who gets to keep the best possible prop) and Jared Padalecki had the brother dynamic nailed from the start, and it has been enough to keep the show on the air for a decade and a half. Even though Kripke himself moved on after Season 5, he brought Supernatural to television, and his message is touching.

He also mentions Kim Manners (previously of The X-Files fame), who was an executive producer and director on the show on the first four seasons, passing away from lung cancer during production on the fourth. As if that wasn’t enough for a kick in the emotions, Eric Kripke hashtagged the Supernatural fandom and tagged the major stars of the show, including Misha Collins, who was still years away from joining the show back when that first scene was shot.

As somebody who has fallen in and out of love with Supernatural more than once over its many years on the air, I can appreciate the outpouring of love and nostalgia for the show as it heads toward its final run. How many series have the bragging rights of holding on to the same two leads for 15 seasons, keeping the third lead in the mix since his debut four seasons in?

Sure, all of those three characters have died and been resurrected a few times, and there have been some questionable stories and twists over the years, but Supernatural has accomplished something remarkable. Honestly, I just love that Supernatural is actually older than The CW itself, and how can I not appreciate a show that can get so shamelessly meta? Besides, the final run of episodes has been a long time coming.

Supernatural was supposed to wrap Season 15 back in the spring of 2020, but production shutdowns meant that several episodes had incomplete effects and couldn’t air, and the final two episodes of the whole series weren’t even filmed yet. Fortunately, The CW didn’t follow Fox’s example with Empire and decide to just end the series early without the planned finale, and the final episodes are only weeks away from premiering.

Of course, the final episodes likely won’t be all fun and games. Castiel’s deal with The Empty still has to be fulfilled, and the Winchesters made a powerful enemy of God. Find out how Supernatural ends its long story when the final season returns on Thursday, October 8 at 8 p.m. ET on The CW.