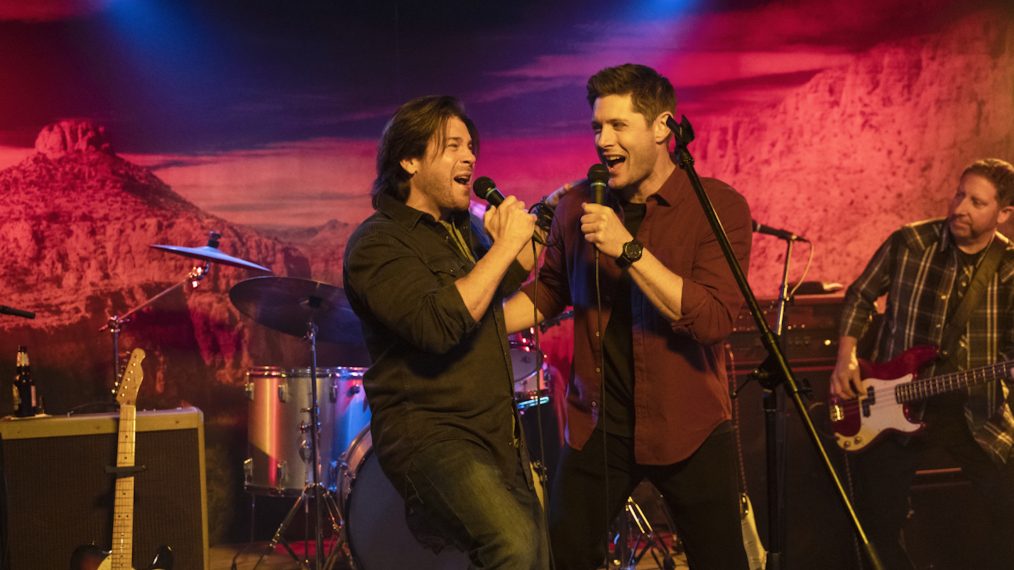 SrwerweSupernatural is on hiatus this week for the Thanksgiving holiday, but we’ve still got a treat for you: a first look at Dean singing his heart out with in next Thursday’s episode (The CW, 8/7c).

Leverage and Angel vet Kane will play Leo Webb, a former hunter and a friend of Dean. In the hour, the elder Winchester “goes off on his own to take on a case,” per the official synopsis, which appears to lead to the musical moment seen in the attached photos. (Got guesses on the song the fellas are rockin’? Leave ’em in the comments!)

Elsewhere, Castiel is reunited with a Winchester, when he “has an idea of how he can help Sam track down God.” Also of note and worrisome: Sammy looks kind of sickly, and Eileen is tending to him with a washcloth. Could his “connection” with God be causing new side effects? Is that why Cas comes back into the fold, despite not being on the best of terms with Dean?