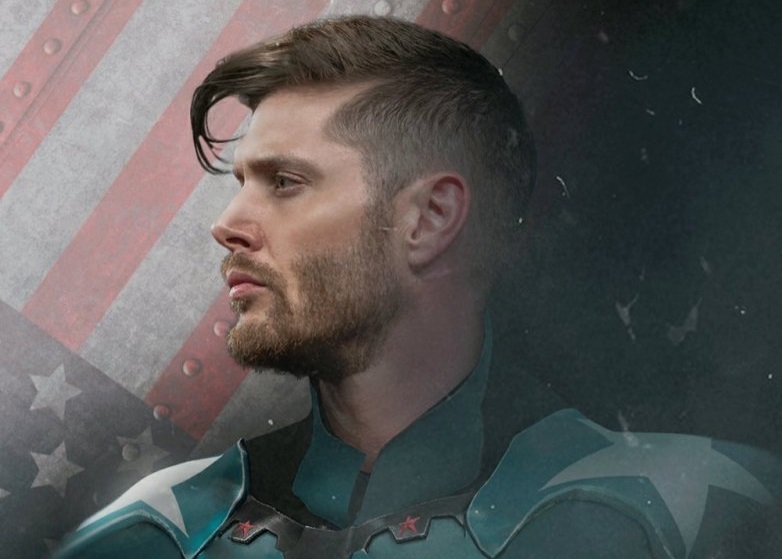 Jensen Ackles shared an image of Soldier Boy’s shield from Season 3 of Amazon Studios’ The Boys.

“Every dent, every scratch, every mark tells a story. A story that ends with me, winning,” Ackles wrote in the caption on Instagram, teasing a “full character reveal tomorrow!!!”

Ackles casting was announced Aug. 2020. The former Supernatural star will play Soldier Boy in The Boys Season 3, the first superhero manufactured by Vaught Industries in World War II, described as “the original Superhero” and “a mainstay of American culture for decades.”

Recently, the actor shared his workout routine for his upcoming superhero role, saying, “These superhero workouts are much different. It was so much easier when all I had to do was wear flannel.”

The Boys has been periodically teasing the reveal of Ackles as Soldier Boy, with the most recent being a “memorial” post by Vought Industries for the hero, which featured new artwork from The Boys comic co-creator, Darick Robertson.

“When I was a child, I had a crazy, impossible dream — to provide Jensen Ackles with gainful employment,” said The Boys showrunner Eric Kripke when Ackles was first cast. “I’m happy to say that dream has come true. Jensen is an amazing actor, an even better person, smells like warm chocolate chip cookies, and I consider him a brother.

As Soldier Boy, the very first Superhero, he’ll bring so much humor, pathos, and danger to the role. I can’t wait to be on set with him again, and bring a bit of Supernatural to The Boys.”

My name is Damyan Ivanov and i was born in 1998 in Varna, Bulgaria. Graduated high school in 2016 and since then i'm working on wordpress news websites.
Jensen Ackles, News, soldier boy, Supernatural, Supernatural cast, Supernatural finale, The Boys, The Boys 3, The Boys Season 3, TV Series