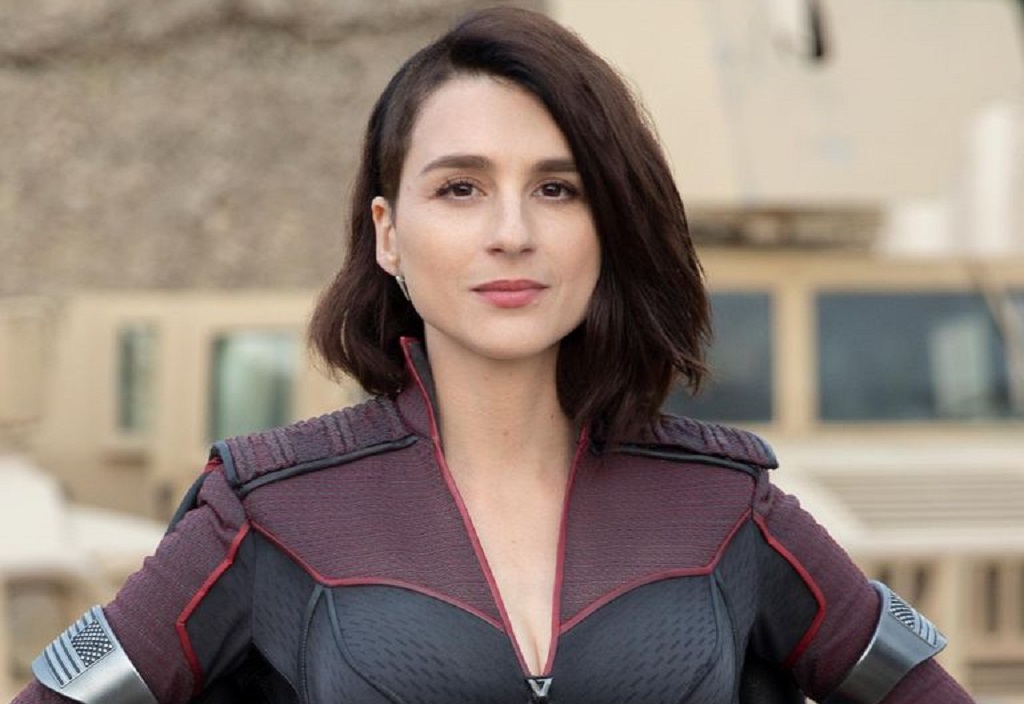 The Boys season 2 introduced the character of Stormfront as an addition to The Seven. Already not the most scrupulous group of people, as things went on, it was revealed that Aya Cash’s character was a literal Nazi and white supremacist.

While The Boys is very confident in its satire and criticism, the character of Stormfront is inherently controversial before even factoring in the socio-political events that took place in 2020 around the world and especially in Trump’s America.

Understandably, Cash was incredibly nervous taking on the role, but thankfully showrunner Eric Kripke was very supportive in working with her to get the balance right.

“I have no problem playing deeply unlikable people or villains,” she told Collider’s Ladies Night podcast, “but obviously this was gonna be something that needed to be handled with intelligence and was not going to be glorifying this character in a way that I disagreed with, but it would be in service to something. So after talking to Eric, I felt in very, very good hands.”

Recalling her experience on set, Cash added: “As we went through and as scripts came through and I learned more and Eric sort of told me the arc of the season before we started as well, I got very excited and nervous because it’s a big thing that they were trying to pull off and I hope that we did.

“I definitely had moments where I felt terrible that people might have been hurt by this character and seeing this character. I mean, let’s be honest, 2020 was an incredibly intense year for many, many reasons with the pandemic but also with a racial reckoning in America and I’m playing a white supremacist. So a lot of feelings were coming up…” continued the actress.

Stormfront met a grisly end at the end of last season, but you never know who is really dead in superhero-land. Though last month Cash said she was only contracted for one season, so it looks like she might be properly done and dusted.