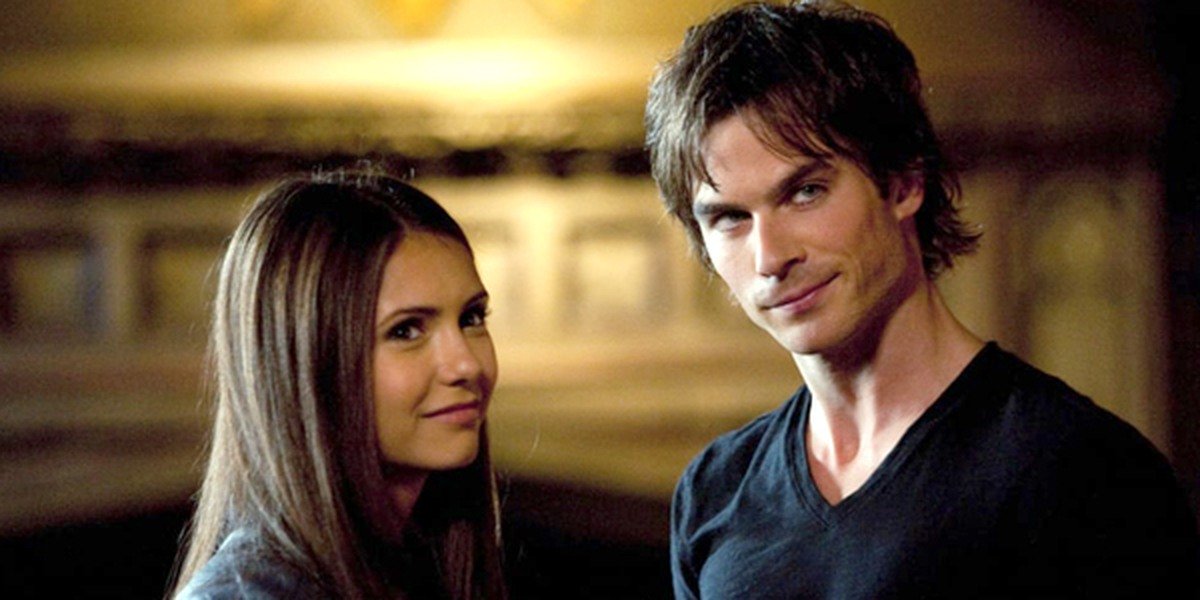 The Vampire Diaries universe is calling Dr. Elena Gilbert in Legacies season 3! We need you.

Can showrunners bring Nina Dobrev in Legacies? Nina said goodbye to the Vampire Diaries universe in season 6 when she left the show. She returned for the finale of The Vampire Diaries and before that appeared in one episode in The Originals.

Will Elena show up in Legacies season 3?
Elena and Damon’s story continues to live even 3 years after the Vampire Diaries is over. As we know, Damon and Elena started a new life as a human. Damon took the cure and Elena become a doctor.

In The Vampire Diaries ending we see Damon and Elena have had a long life together full with love. They both find peace in the afterlife.

Imagine Elena Gilbert to appear in Legacies Season 3 as a doctor and mother of one of the kids in Salvatore school. In many interviews, Nina has declared to have warm feelings for Elena Gilbert. But it seems like we won’t see Elena In Legacies Season 3 just yet. Who knows, maybe Julie Plec will convince her to make an appearance even in just one episode.

Julie Plec said that one day we can expect the daughter of Damon and Elena to make an appearance in the Salvatore boarding school. In one interview Nina said that she is so happy that the show is living on and has spin-off after spin-off. But, will she appear as an Elena Gilbert in Legacies season 3 is yet to be seen.

Who knows what Julie Plec can prepare just to make us see her in the Legacies. I know the fans root to see the daughter of Damon and Elena Salvatore. How would she blend in with Hope, Lizzie, and Jossie? Imagine the daughter of Damon and Elena hanging out with Klaus Mikaelson’s daughter Hope. When you mix the kids from the spin-offs who knows what could happen.

Will Julie Plec manage to return Nina Dobrev (Elena Gilbert) in Legacies season 3 or some other character from The Vampire Diaries and The Originals universe is still a mystery.

You can watch the ending of The Vampire Diaries to see how Damon and Elena had a great life and find peace in the afterlife. Damon finally reunites with Stefan at the end. There is no confirmation if Nina would return to play Elena Gilbert in the Legacies. Nina Dobrev is working on a new project Run This Town you can check it out below.

Legacies have been renewed for another Season 3 which will air the next year.

Would you like to see Elena Gilbert show up in the Legacies Season 3? Tell us in the comments below.