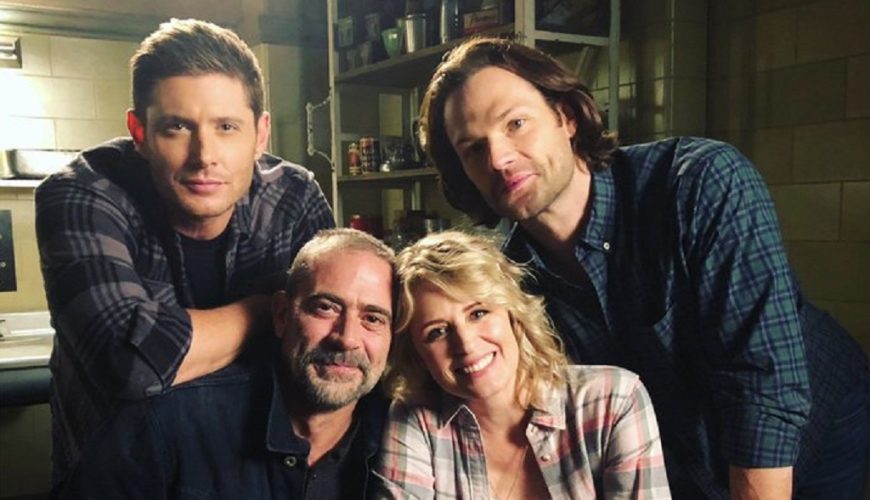 Carry on! The much anticipated Supernatural prequel titled The Winchesters is in the midst of its casting process. The spin-off of the hit CW TV show is set to begin filming in New Orleans in April 2022. A release date has yet to be announced, but the potential for a pilot by the fall of 2022 seems to be most likely.

The Winchesters follows the story of Dean and Sam Winchesters’ parents, John and Mary, during their youth. The proposed plot focuses on the early years of John and Mary while simultaneously expanding the Supernatural universe. The show’s stakes revolve around John and Mary’s love for each other while also saving the world from various supernatural forces. The show will be co-produced by Supernatural star Jensen Ackles and his wife Danneel Ackles, who famously played Dean Winchester during the massive 15-year-run of Supernatural, will also be returning to narrate the show.

So what do we hope to see in The Winchesters as it moves forward? Well, a few things, actually. There has to be enough fire and spirit (puns intended for both) to attract viewers who have never stepped foot into this universe. There must be attention paid to the roots of the original show, lest they face the wrath of a devout fan base. But we also need to see new terrain; this will probably be the biggest hurdle to jump over.

Hunters in an Antiquated World
The Winchesters is set in the 1960s and features the early hunting days of John and Mary Winchester. While there is so much established lore from Supernatural, the show cannot rely on that alone to hook new viewers. The setting of the show is a great start. There is lots of Americana to feature, such as music, cars, family dynamics, not to mention sensitive cultural topics such as the civil rights era, Cold War politics, protests, and the war in Vietnam, the latter of which John fought in. The period’s relative technological limitations that exist as John, Mary, and other hunters fight evil forces will also be a great immersive tool, firmly cementing the characters in a world 60 years in the past.

The driving force for this new environment should showcase why and how hunters operated in a rather antiquated world, what kept them going, and the fallout that led to severe family trauma (looking at you, young Dean). Hopefully, these details will levy heavy stakes that can be introduced in the pilot to maintain viewer investment.

Familiar Enemies
Providing that there are so many plot lines, characters, monsters, and locations to capitalize on from this show’s predecessor, there is a wealth of source material to pull from. We must see the beautiful 1967 black Impala (which originally belonged to John before being bequeathed to Dean). The bunker used by the Men of Letters and remnants of the group itself could pull strong plot threads. Latin recitations used to cast demons out of innocent humans are among many details and aspects that will remind viewers that they are still in the same universe as Sam and Dean.

Since The Winchesters is a show that does play inside this same sandbox, opportunities to see leviathans, vampires, werewolf packs, demons, and angels in different contexts will be fresh and invigorating. But yet, still familiar. Especially if certain powerful characters like Chuck Shurley or Metatron make casual appearances.

Its Own Path
There should be a heavenly dose of fan service and callbacks, but this must be coupled with something fresh and innovative. Given Supernatural’s impressive lengthy run, this may be a tall order for a young show to fulfill. It may seem that there is no new ground to cover. But The Winchesters must find it. The development of the relationship between John and Mary, but also of Mary and her father Samuel Campbell, could be great page-turners.

In all earnestness, The Winchesters should start small and gradually build its environment. If the series ends up being picked up for half a season, the central arc should be devoured in small manageable pieces. The show is being dropped into a world already imbued with such rich tapestries. Terrifying villains, beautiful locations, and simmering storylines are already baked in. It is crucial that the showrunners apply their own spin to such a well-traveled and beautiful world without biting off more than it can chew.

During Supernatural’s run, John Winchester was previously portrayed by Jeffrey Dean Morgan and his younger version by Matt Cohen. Likewise, Mary Winchester was played by Amy Jacklyn Gumenick in flashbacks and in the present by Samantha Smith. However, it appears that The CW is looking to start from scratch by casting new actors entirely. Allowing fresh faces to step into these now-famous roles will help lend independence to this show as it tries to find its own legs.

Producer Jensen Ackles will soon appear in season 3 of The Boys as off-beat character Soldier Boy. This role finds Ackles teaming up once again with Supernatural creator Eric Kripke. The Boys will be streamed on Amazon Prime and be released this summer on Friday, June 3rd. Ackles Supernatural co-star Jared Padalecki, who portrayed Sam Winchester, will not be involved with the prequel. He is currently starring in the reboot Walker airing on the CW.