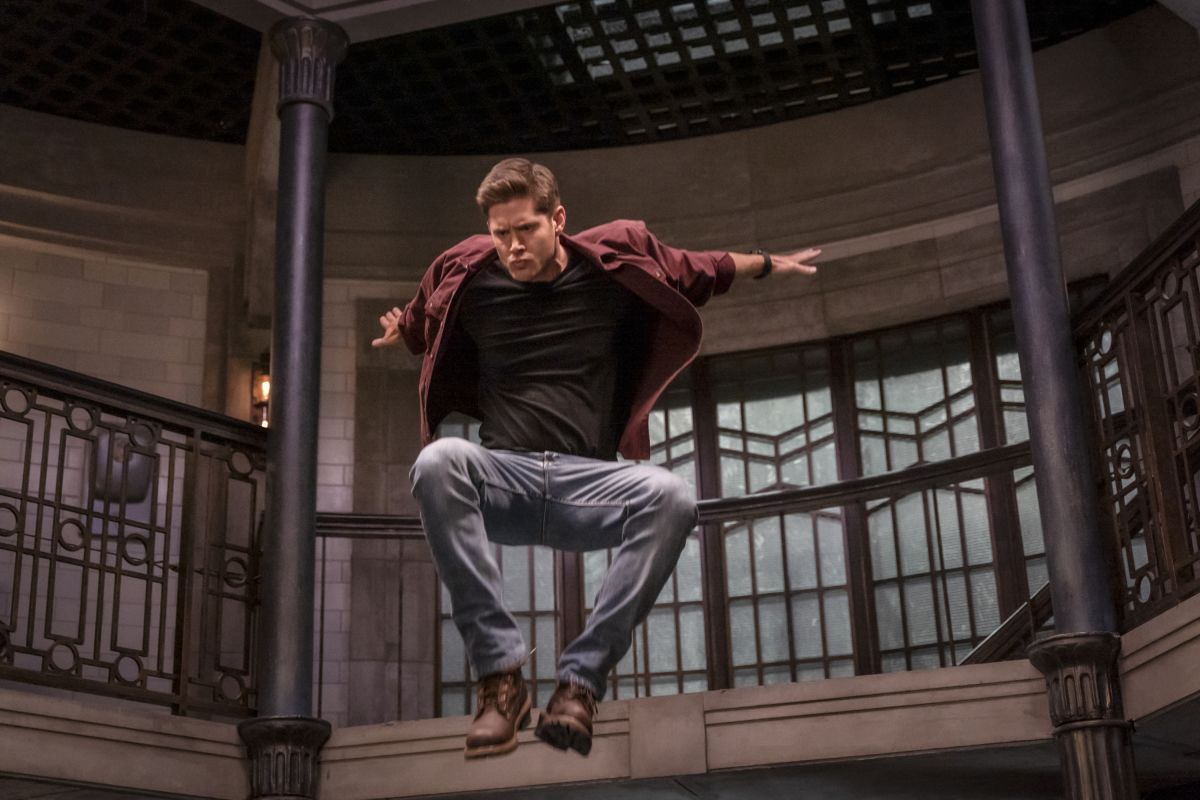 Supernatural Season 15, Episode 5 has been the strongest episode of the final season so far. It brought a returning character we didn’t expect, more information on Sam’s dreams, and much more to push the storyline forward. Now it’s time to break down the episode with the five best lines.

Titled “Proverbs 17:3,” it’s clear that God is putting together a team of the Winchesters’ greatest enemies together. He wants to turn brother against brother. Here are the five best lines from the night.

When we thought Ashley was just a victim, this moment of Supernatural Season 15, Episode 5 brought us honesty and a sense of happiness. Despite all the bad, Dean knew that the best thing about the job was saving people. There was a small smile as he admitted that he does like the job.

From the very beginning, we’ve known that Dean has felt this need to remain a hunter. It isn’t just to stop monsters but to save people. He likes saving people and that’s never changed.

Was dead. Yeah. In the Empty, sleeping the big sleep, until the boss brought me back.

Lilith gives us a clue that there are possibly more demons coming back. There may even be some angels. However, this also tells us that Billie was wrong.

She said that even God couldn’t go to the Empty. That wasn’t true after all. Did Billie lie or did she just believe that God couldn’t head to the Empty? After all, God could have told that lie to make everyone think there was a place where he had no power.

See, you keep saying that, but you killed me because I let you.

Ah, Lilith brings us the truth about what happened. She knew she had to die for Lucifer to come back. So, she let her guard down and allowed Sam to kill her. This was a hint that it would take more than a devil’s trap bullet to stop her.

This is going to be interesting to see how it all plays out. Will the demon-killing knife stop her? What about an angel blade? Just how powerful is the First Demon?

I-I-I thought, they must’ve been some form of, like, messed-up PTSD, but but what if they’re not? What if I’m somehow seeing Chuck’s endings?

Dean questions why Sam held back the truth about the dreams, but I love that this wasn’t just another one of those cases of the Winchesters keeping secrets from each other. It wasn’t that Sam wanted to lie, but that he didn’t think the dreams were all that important. He thought they were just his mind messing around on him.

Instead, he realizes that he’s seeing how the other worlds ended. Right now, the two are scared, but this could be useful in the future. But I love that Sam made no apology for hiding secrets because he didn’t feel like he had any at the time.

Fight God? Without the gun? It’s God, Sam. And He’s coming for us. How the hell are we supposed to fight God?

We can sense the fear that Dean feels in this moment. After being angry that it’s not all over with God, he realizes that there’s a bigger problem. God is still somewhere out there. This is the biggest creature they’ve ever had to face. Is there a way to stop him?

Every season, the Winchester brothers go through a stage of doubt. This has come early, and it shows just how big God is, how hard they know it’s going to be to stop him. What are they going to do and will it end with brother against brother?

What were your favorite lines from Supernatural Season 15, Episode 5? Share your thoughts in the comments below.

Supernatural airs on Thursdays at 8/7c on The CW.