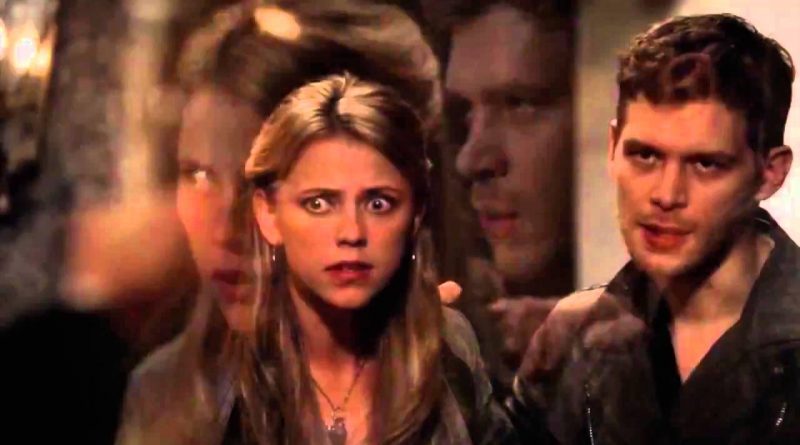 The Originals star Joseph Morgan did say Freya was like the female Klaus Mikaelson. So maybe Freya is now raising a male version of herself? A son who will someday join the Salvatore School on The Vampire Diaries spinoff Legacies and keep the tradition alive? Maybe he can even befriend Stefanie Salvatore, daughter of Damon and Elena of The Vampire Diaries.

Yes, I’m getting ahead of myself. Whatever the case, I was thrilled to read that Freya and Keelin (Christina Moses) named their son after Freya’s brother Niklaus “Klaus” Mikaelson.

[Freya] is still happily married with her wife Keelin, and they have a child. Yes, they have a little son named Nik who — I guess you can assume who [he’s] named after. The Freelin fans will be very happy.

Yes! That’s the word from Riley Voelkel to TV Guide, previewing Freya’s arrival on Legacies Season 2 this coming Thursday, November 21 on The CW.

This is what Freelin fans hoped for — not specifically for a son named after Klaus but not “Klaus.” No, just that Freya and Keelin would get their wish of starting a family together. The Originals series finale showed Freya ask Vincent to be a surrogate for her and Keelin. He wasn’t feeling it at first, but eventually agreed.

And now here we are one year later, with Legacies Season 2 airing and Freya about to show up on screen. The Originals fans will be thrilled if Freya mentions baby Nik or we even get to see him. 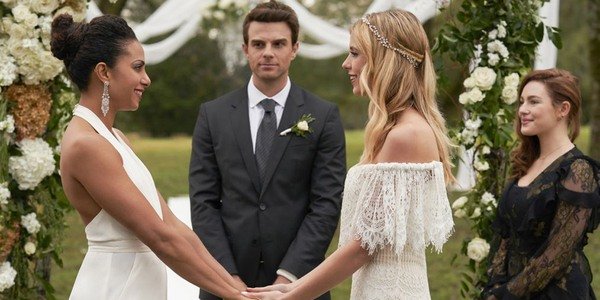 Freya and Klaus didn’t have the strongest relationship when they first met in The Originals Season 2. The family didn’t even know Freya was alive, and Klaus didn’t trust her at first. She’s Mikael and Esther’s firstborn child and a very powerful witch — with those powers set to be on full display on Legacies. Hope Mikaelson will need her Aunt Freya’s help. They have bonded in the past and I’m hoping that will still be the case even if Freya doesn’t remember Hope. Or would Freya be an exception, somehow? She is very powerful.

At any rate, since there’s another Nik (last name Mikaelson, or…?) in the world, I’m hoping he shows up at the Salvatore School at some point. Maybe Legacies will have a time jump, like The Originals did to get Hope from a child to a teen in high school. Young Nik wouldn’t have to be high school age, though, he could be like Pedro. And please let Pedro befriend him at the Salvatore School.

Side question: Do you think Pedro is around the same age as Stefanie Salvatore? Stefanie was name-dropped in Legacies Season 1, named after Stefan Salvatore. If she was born after The Vampire Diaries finale, she’d be several years younger than the Saltzman twins, who were 4 or 5 at that point.

Vincent is a witch himself, so if he’s the surrogate father of Freya and Keelin’s baby, would baby Nik be a pure witch or a mix of witch and werewolf with Keelin? Also, if they have a second son, would they name him Elijah in honor of the other brother who sacrificed himself in The Originals finale? 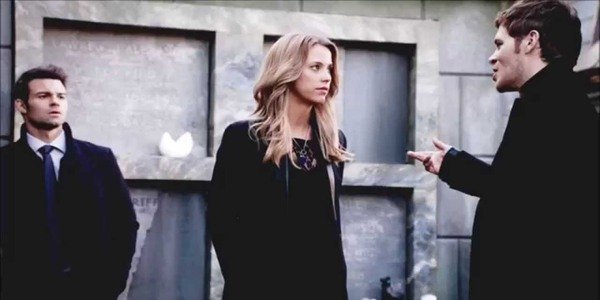 Ever since Legacies premiered, we’ve seen several Vampire Diaries characters but we’ve been waiting to see family members for Hope Mikaelson. Her parents Klaus and Hayley are now dead, so I’m not expecting to see them on Legacies unless they do visions or flashbacks or something. Vincent has already been alluded to on Legacies during Season 1, when Landon went to one of Hope’s family friends in New Orleans for help. Roman also showed up in Season 1, although I’m still confused why.

Legacies is building itself quite a potential roster for 5-10 years from now — if the show lasts for eight seasons like The Vampire Diaries or they do some kind of time jump. We have potential future characters in both Nik and Stefanie, plus whoever else shows up. Legacies Season 2 will welcome Aunt Freya Mikaelson Thursday, November 21 at 9 p.m. ET on The CW. 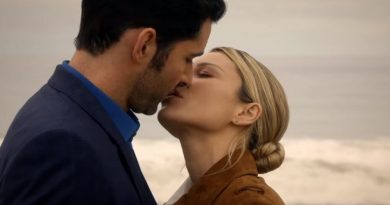 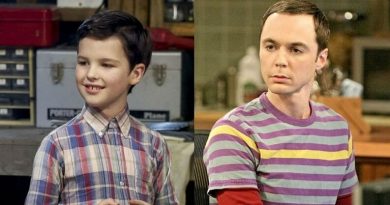 Why did Sheldon Cooper lie about the death of his father?

Arrow star Stephen Amell has signed up for a new TV show that will see him reunite with his cousin, actor Robbie Amell.