What happened to Rollo in Vikings? 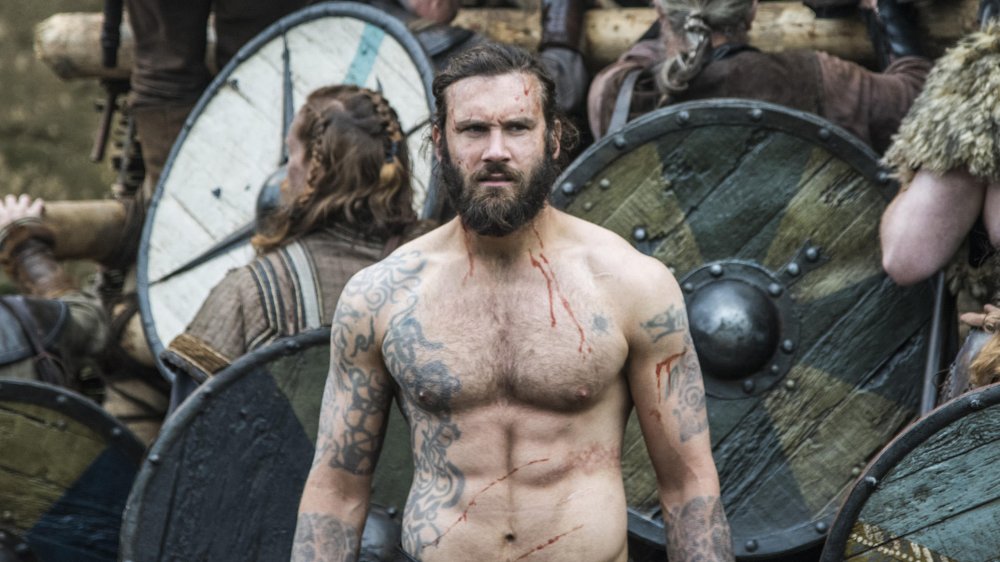 Vikings on Amazon Prime and the History channel is the epic historical drama about Viking legend Ragnar Lothbrok and his sons. Over the years, many iconic characters have come and gone, including Ragnar (played by Travis Fimmel) himself, Floki (Gustaf Skarsgård) and Rollo (Clive Standen). What happened to Rollo in Vikings and will he return?

In Vikings, Rollo of Normandy, also known as Rollo Sigurdsson and Rolf, was Ragnar Lothbrok’s older brother. He was also the Duke of Normandy and the husband of the Frankish princess Gisla.

Together, he and Gisla (Morgane Polanski) had three children: William, Marcellus and Celsa. In Vikings, he is portrayed as a fearless warrior with an impulsive streak.

In early seasons of the show, he accompanied his younger Ragnar to England on several occasions. He was even baptised in season one, as part of a deal with King Aelle (Ivan Kaye). He had a strained relationship with his brother Ragnar, as a result of everyone always prioritising Ragnar.

Rollo was also deeply hurt that Lagertha (Katheryn Winnick) chose Ragnar over him, something he never recovered from.

Rollo was jealous of his brother and as a result, he betrayed Ragnar’s trust several times, leading to a violent and bloody face off in season two. He had joined forces with Jarl Borg (Thorbjørn Harr) to fight against King Horik (Donal Francis Logue) and his own brother and during the battle, Rollo critically injuring Floki.

However, when Ragnar and Rollo came face to face, Rollo surrendered to his brother and was taken captive to be judged by the men of Kattegat for his betrayal.

In later seasons he allied with his brother and was severely injured during a battle between the Northmen against King Ecbert (Linus Roache) and King Aelle. He went on to raid Paris in season three and in season four he married the Frankish princess, Gisla, betraying his brother once again. However, he switched sides once again and sailed with Bjorn Ironside to the Mediterranean before return to Gisla and his family in France.

The last time Rollo was seen was in season five of Vikings.

Rollo sent troops from France to aid Ivar, Hvitserk and King Harald in their war against Lagertha, under the condition that Bjorn’s life would be spared.

In episode 10, season five, titled Moments of Vision, as Bjorn prepares to leave Kattegat, Rollo approaches via the fjord with an envoy of Frankish soldiers.

Before leaving Kattegat, Rollo dropped the bombshell that he was the father of Bjorn, not Ragnar. He then offered him and Lagertha safe passage back with him to Francia, which they both declined.

Unfortunately, he did not appear in Part A of the final ever series of Vikings, but that has not stopped fans hoping for his return in the remaining 10 episodes.

Speaking to Entertainment Tonight, Standen opened up about why he left Vikings in season five.

He said: “When I was still in the show prominently, when Travis Fimmel’s character, Ragar Lothbrok, died, I sat down with Michael [Hirst], and Michael and I, we both kind of said, ‘The Rollo plotline is very intertwined with the Ragnar plot line, and what’s there to do?'”

He added, “I don’t want to stay in a show unless I can service the character and give the show a good storyline.” However, he also said he believed that Rollo had unfinished business from the very first season of the show.

Show creator Michael Hirst teased to Cinema Blend that Rollo could appear in the final series.

When asked if the Viking will return one more time, the Vikings boss stated: “Well, if I could tease that out a little bit, I would say ‘yes’ and ‘no.’

“But Rollo’s re-appearance will be a huge surprise, as indeed it was rather a surprise to me.

“But I’ll leave it to that. I don’t want to be too evasive, but the answer in the long-term is both ‘yes’ and ‘no'”

Vikings fans will have noticed that back in August 2019, the actor Clive Standen posted an image of him relaxing with his co-star Katheryn Winnick.
He captured the image: “This one’s always had my back! #Vikings.”

This could definitely imply that a reunion is on the cards for the pair in the upcoming season.