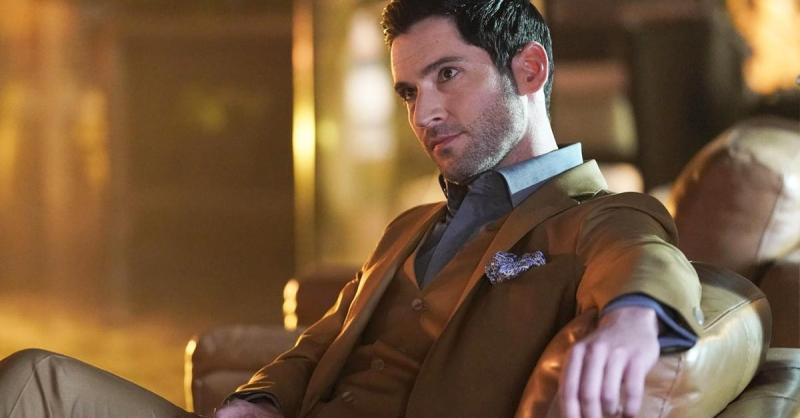 When anyone brings up the television series Lucifer and its protagonist, the first thing that comes to mind is a suave, British charmer, played to perfection by Tom Ellis, but he wasn’t always envisioned this way.

The TV series is based on the DC Comics character that originated in The Sandman graphic novel series created by Neil Gaiman. Lucifer then went on to have a comic series of his own, which ran from 2000 to 2006. The TV adaptation of Lucifer aired on Fox for its first three seasons before jumping to Netflix for the fourth, fifth, and upcoming final sixth season.

The Lucifer television series follows the same basic premise as his solo comics, with Lucifer Morningstar running a piano bar — also a club in the show — called “Lux” in Los Angeles. In the meantime, Ellis’s Lucifer also works as a detective’s consultant, helping solve murder cases with Detective Chloe Decker, played by Lauren German. In Lucifer, his word is his bond, and he really lives by the rules of the “gentlemen’s agreement.” As the charming, manipulative devil, Lucifer uses the truth to hurt you. Although every Lucifer fan is well-accustomed to Ellis’s well-dressed, seductive, British devil, the character almost sounded very different.

Lucifer originally had an American accent

Because the show is set in Los Angeles and the devil is known for being cunning and adaptable, Ellis initially thought the character should have an American accent to blend in. While it made sense in theory, it simply didn’t work well for the character when put into practice.

In an interview with RadioTimes, Ellis explained that he “tried it with an American accent and [Lucifer] sounded like a d**k,” so that led to some reworking. Eventually, it was decided that Lucifer would have a British accent instead, and fans likely agree with the decision. Ellis stated why the British accent works so well for his character, saying that “in America, basically, you can say whatever you like, reprehensible things, and if you’ve got a British accent you can get away with it […] they think it’s incredibly charming.” After seeing Lucifer with a British accent for five seasons, it’s really hard to imagine what the show would’ve been like if the character had been American. In season 5 of Lucifer, Ellis does provide a look at what an American Lucifer could’ve been like. The actor pulls double duty also playing Michael, Lucifer’s angel brother who happens to have an American accent — most likely done to help differentiate the two characters. It’s a very clipped, somewhat strange accent, but it goes well with the twisted, scheming nature of Michael.

No matter what could’ve been, it seems safe to say that fans are satisfied with Ellis’s British version of Lucifer and wouldn’t want it any other way. Lucifer will return for the second half of season 5 on Netflix on May 28, 2021, and be sure to look out for the sixth and final season coming in the future.