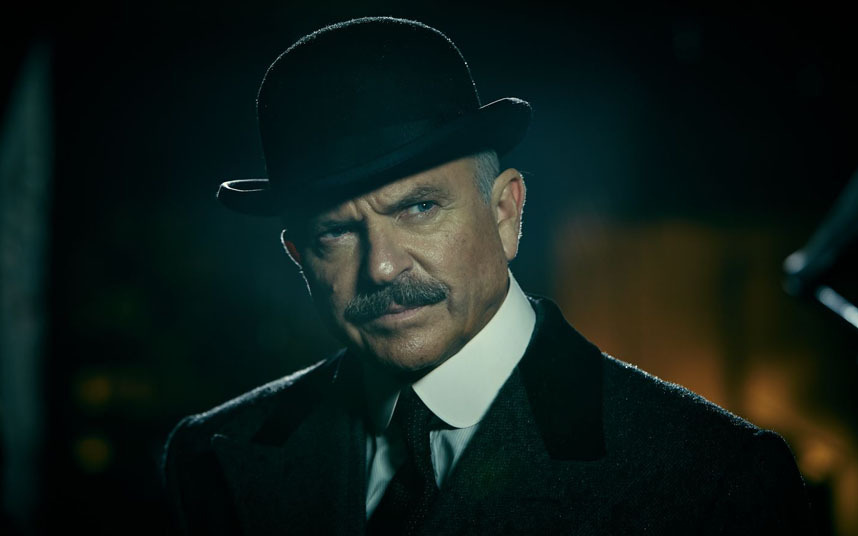 Fans will remember Inspector Campbell (played by Sam Neill) as the malevolent villain on the first two seasons of Peaky Blinders. The Northern Irish police inspector was first dispatched to deal with a stolen arms shipment before going on to become Tommy Shelby’s (Cillian Murphy) nemesis. The character was played by Sam Neill – here’s everything fans need to know about why he left the gangster show.

He was dispatched after there were reports of a missing consignment of guns from the Small Arms Company factory in Birmingham.

The Irish officer became suspicious of the Peaky Blinders, and in particular Tommy Shelby, as he attempted to find out where the guns were hidden.

He also planted Grace Burgess (Annabelle Wallis) in Tommy’s inner circle in order to try and take him down, which of course backfired when they fell in love. 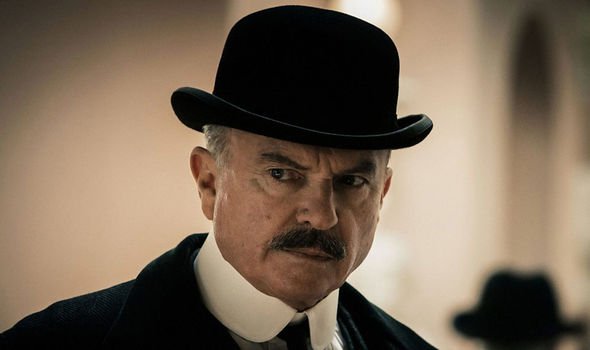 He remained the major antagonist into the second season when he arranged the murder of Tommy at the hands of the Ulster Volunteer Force.

However, before he was successful he was killed at the Epsom races by Aunt Polly (Helen McCrory) in the season finale.

Killing him in revenge for his sexual assault on her, as well as his vendetta against Tommy, she shot him point blank in a phone booth.

Although he was killed off in the series, writer and creator Steven Knight admitted that the star didn’t want to leave.

Speaking at the season five premiere, Knight told Express.co.uk and other media about when he revealed his plans to the actor.

He said: “I just think he’s brilliant, he’s such a great bloke and so nice but I thought this has run its course.

“He was in New Zealand and I was like I can’t just send him the script so I’m going to phone him up.

“So I phoned him up and said, ‘Sam, this character has been brilliant, he’s been fantastic.’ 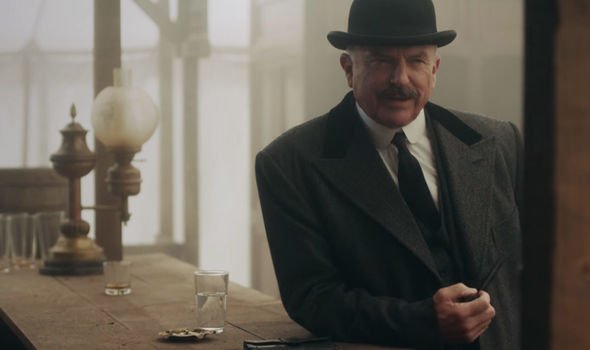 While he almost bowed to the pressure to keep Neill as a star in the show, Knight admitted that he eventually called him up again.

“Then as soon as it was definite he was like, ‘Absolutely, fantastic.’ He’s brilliant but yeah he didn’t want to die.”

Neill is still very much involved in the world of the series, recently attending the Legitimate Peaky Blinders Festival back in September.

He also spoke to RadioTimes.com about how he missed being on the show.

He said: “I absolutely love Peaky Blinders. I think Steve’s writing is fantastic. I’m the biggest fan of Cillian and Helen and Paul [Anderson].

“I’m always happy to see them back and I kind of missed them.”

Neill is in a long line of antagonists in the hit BBC gangster saga who have met grisly ends at the hands of the Peaky Blinders.

This includes Paddy Considine who played Father Hughes, who was killed by Michael Gray (Finn Cole), as well as Luca Changretta (Adrian Brody) who was murdered in the season four finale.