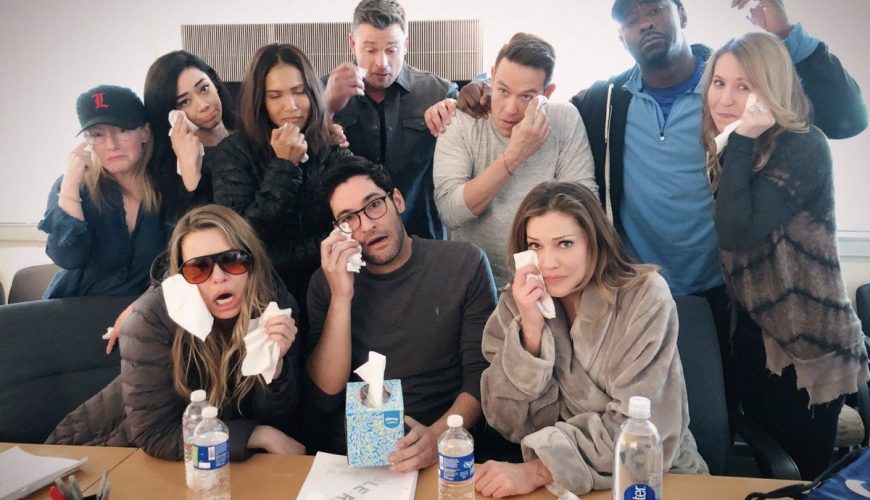 And that, as they say, is that. After six seasons and 93 episodes, Lucifer has reached the end of the road.

“This is it, the final season of Lucifer,” said Netflix before it arrived on our screens. “For real this time. The devil himself has become God… almost. Why is he hesitating? And as the world starts to unravel without a God, what will he do in response? Join us as we say a bittersweet goodbye to Lucifer, Chloe, Amenadiel, Maze, Linda, Ella and Dan. Bring tissues.”

It’s sad news for fans, but given the road it took to get here, its devoted followers can’t be too hung up.

Initially, it was looking like three seasons and out for the fantasy series after Fox, its original broadcaster, plugged the plug. But then Netflix swooped in and saved the day, renewing the show for an additional two chapters.

There was then some uncertainty about whether season 6 would happen and for a time, the plan was very much for season 5 to be its last hurrah. But the TV Gods did their thing and the sixth and final season was greenlit.

So yeah, we’re sure that the Lucifer faithful would like more episodes beyond this final chapter, but the fact that it made it this far is cause for celebration.

With season 6 now out there for all to enjoy, it begs the question: why no season 7?

Chatting to Entertainment Weekly in July last year, co-showrunner Joe Henderson said that when they were asked to write one more season, he said they were happy to, but it was to be “our last story”.

Co-showrunner Ildy Modrovich also used the phrase “sticking the landing”, so you really do get the sense that for the collective brains behind the show, continuing would have been of detriment to what they have created across six seasons, and no one wants that.

Netflix is extremely covert when it comes to publishing its data, but the fact that Lucifer always muscles its way into the platform’s top 10 trending tab in rapid fashion does speak to how popular it is. According to the streamer’s own figures (which should be taken with a pinch of salt), season 5, part 1 was watched by 38 million households, so there’s shortage of appetite from viewers.

But it should be noted that Netflix’s model doesn’t operate like those of traditional broadcasters. For the streaming behemoth, it’s all about attracting new subscribers as well as keeping hold of its existing ones.

Coaxing new customers to sign up is less likely to happen with a returning show than a shiny new one. Plus, production costs often increase with each new season, so as much as bringing the curtain down on Lucifer after season 6 appears to be a creative one, ratings and finances could certainly have played their part, too.

Just in case you’re feeling utterly wretched that your favourite show has left the building, we certainly wouldn’t bet our last dollar on season 6 being the last we’ll see of this world and its key players. Reboots and remakes are par for the course, and we’d expect that to continue for quite some time.

But for now, it really is goodbye.