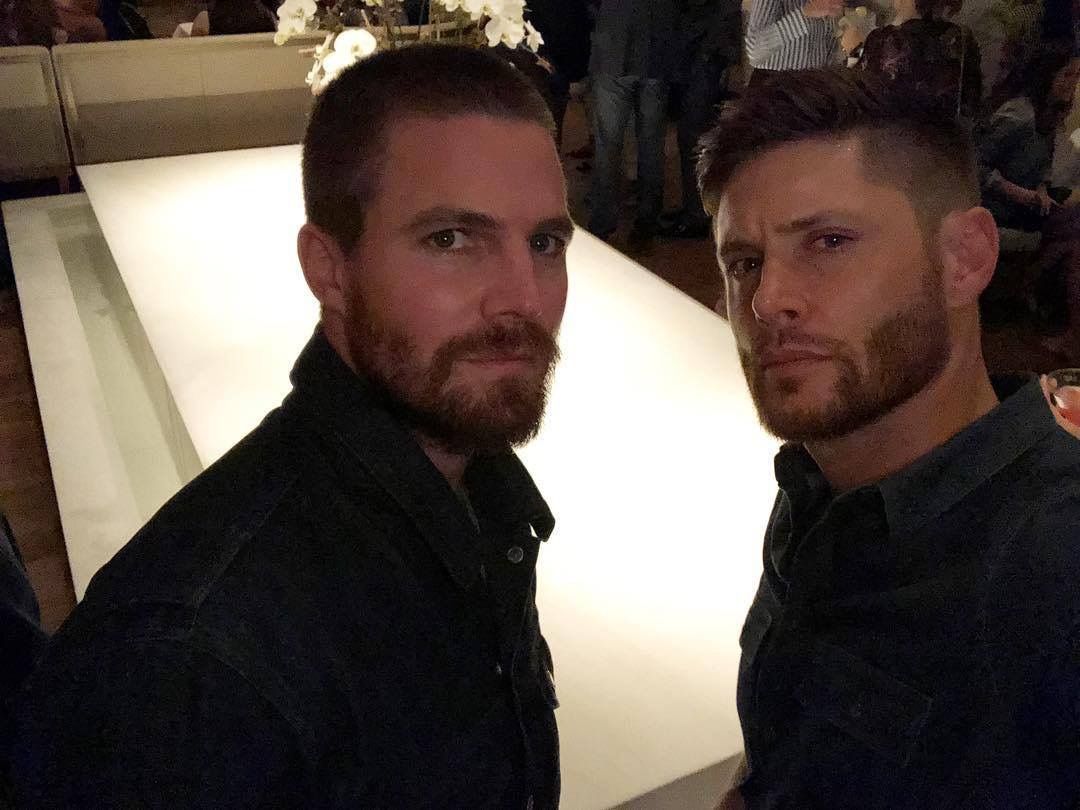 From one green superhero to another, Arrow veteran Stephen Amell offered his blessing to Jensen Ackles’ new Soldier Boy look on The Boys season 3, while also playfully acknowledging he made green supersuits look cool.

“You’re welcome,” Amell wrote on Instagram of the Soldier Boy first-look reveal. “Can’t wait to see what my buddy does with this. Suit looks terrific.”

“Green Supersuits are the best,” Ackles replied in the comments.

This fun banter came after Ackles posted a video on his own Instagram about his new workout regime to get Soldier Boy ready, noting it was “so much easier when all I had to do was wear flannel.”

Ackles and Amell ran in the same circle on the CW, which aired their previous shows Supernatural and Arrow, respectively.

“Okay @stephenamell , @grantgust and all you other Supes out there…I’m beginning to understand the struggle,” Ackles wrote in the caption. “Or maybe I’m just too old for this crap.”

Amazon revealed on Monday the first photo of Ackles in costume as Soldier Boy, the original superhero, as filming continues on The Boys season 3. The character was active during World War II when he led a superhero team called Payback, and showrunner Eric Kripke said the show’s next story arc will explore the history of supes.

Some of the cast and crew welcomed Ackles into the Boys fold on social media when the image dropped. Jack Quaid, who plays Hughie, responded to a tweet from the show that read “He’s the f’n Captain now, America.”

“You can quit clogging my notifications!” Kripke wrote.

You win! Here! You can quit clogging my notifications! This is one of my very favorite suits, designed by the genius @ljsupersuits. If you like this, wait till you see @JensenAckles in action.#SoldierBoy #TheBoys #TheBoysTV @TheBoysTV @VoughtIntl @PrimeVideo @SPTV #SPNFamily pic.twitter.com/scz4ZGDrVd

My name is Damyan Ivanov and i was born in 1998 in Varna, Bulgaria. Graduated high school in 2016 and since then i'm working on wordpress news websites.
Jensen Ackles, News, soldier boy, Stephen Amell, The Boys, The Boys 3, The Boys Season 3, TV Series