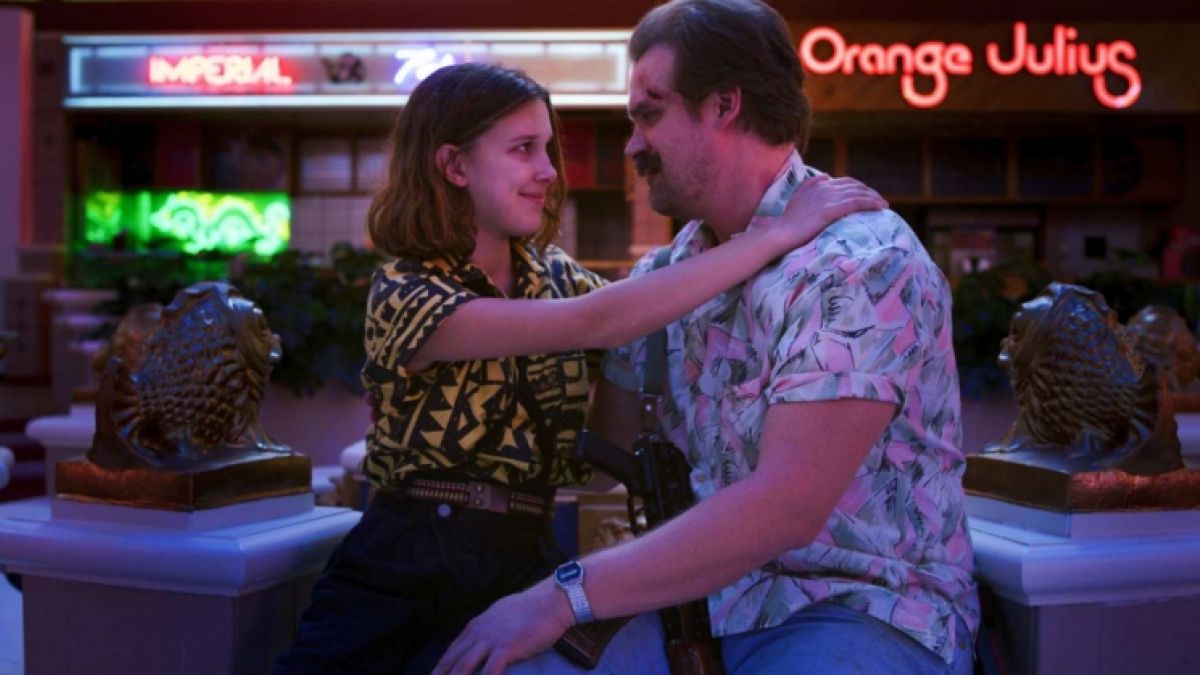 Hopper lives, but in this case, surviving’s not thriving. Just ask Stranger Things actor David Harbour, and the numerous (fake) cuts and bruises on his face.

On April 7, while on the set of Stranger Things season 4, Harbour launched an Instagram Live, an activity generally frowned upon by studio execs for its tendency to leak spoilers. Harbour sported cuts around his jawline, forehead, and nose (with some dirt and grime rubbed in for good measure), giving fans plenty of reason to believe his character, Chief of Police Jim Hopper, isn’t having such an easy go of this whole resurrection thing.

At the end of season 3, Hopper was presumed dead when Joyce Byers closed a Gate to the Upside Down with our favorite officer and pseudo-dad still trapped between it. Still, we should’ve known better than to assume anything when it comes to the Upside Down: It was soon revealed Hopper is alive, though relocated to a Russian labor camp (never a good sign) where prisoners are fed to a captured Demogorgon.

During the Live, Harbour joked that he didn’t have much time to chat before Netflix came knocking down his door. “I think I can only be here for, like, three and a half minutes because I think I have to go to set fairly soon. Who wants to hear spoilers for season 4?” he asked. “Let me just read directly from the script.

“What are you doing?!” she asked, sporting—might I add—a lovely strawberry-blonde bun and butterfly ring.

“I dunno. I’m so crazy. I’m just so crazy, I shouldn’t be doing this,” Harbour replied.

“Are you in your costume?” she asked.

“Yeah, but they saw it in the clip.” And it’s true—we have seen Hopper in this rugged blue get-up before, in a sneak peek of season 4.

But that didn’t stop someone important from railing on Harbour’s door, along with a quick warning from Brown: “Get off of Live and go back to work!”

“I’m getting fired. I miss you. It’s good to see you,” Harbour says as he signs off.

So, no real spoilers from set—unless you count Harbour revealing he hasn’t seen (i.e. shot with) Brown recently—but a good reminder that this cast knows how to entertain us, and that only bodes well for season 4.