Since 2005 year, Jensen Ackles and Jared Padalecki have battled all kind of mystical creatures as hunters Dean and Sam Winchester on Supernatural.

DO NOT MISS: The Ackles family with a important message [PHOTO]

They’ve saved the world multiple times — despite what God and others have tried. Now, they’re entering the homestretch with the CW series’ final season — which began last week with the “Last Holiday” episode — as the brothers’ prolonged saga finally reaches its conclusion. For our latest episode of The Breakdown, Ackles spoke to us about his audition for the show, how he matured and grew into the character over the years, his favorite moments, and how he’s dealing with the end of this character that has consumed so much of his life.

As he explains, Ackles was originally on another Warner Bros. teen franchise, Smallville on the WB (and Padalecki was on Gilmore Girls), when he got the call for Supernatural. At first, he thought it would be a fun show as they attempted to “shoot a weekly horror movie.” So he put his life in Los Angeles on pause and moved to Vancouver.

“I didn’t realize the audience we were reaching until there was a huge U.K. push for the show. We’d only been on for one season, but the crowd response was jaw-dropping when I came out for the show,” he says, recalling a small comic-con-type event in 2005 at a time when Buffy, Angel, and Smallville were popular.

Ackles began playing Dean when he was in his mid-twenties; he’s now married with three kids. “The character of Dean, he really grew as well; we kind of grew together over the years. Before, he was this sort of gunslinging, blue-collar, unlikely hero. And I feel like he’s always kept that, but it’s just matured into a more paternal type of situation. He feels — and you’ll see that a lot in these final few episodes — he has started taking this father-figure role… He cares with a love that is more paternal.”

DO NOT MISS: ‘Supernatural’ star Jared Padalecki shared an awesome PHOTO with baby

Anyone who’s seen the show over the years will understand why Ackles loves the 1967 Chevy Impala that the brothers drive. It’s become another character and even had its own episode in Season 11 titled “Baby” — told entirely from the car’s perspective. Ackles breaks down why it’s one of his favorite moments from the past 15 years. “They outfitted eight cameras in and around and on the car and they just sent us off. There was no camera operator, no grips, no DP, no director, no script supervisor, no makeup, no nothin’. … Jared had the audio deck between his legs. We were doing everything ourselves. … One of my other favorite moments happened the other day when I drove the car and put it in my garage.”

Rather than wallowing in all the last moments of the final season and how he’ll miss his friends in the cast, Ackles says: “I tried to keep my eye on the prize and keep steering us toward the finish line. So I think it was less a ‘long goodbye’ and more of the fourth quarter of a Super Bowl game.”

DO NOT MISS: The Boys season 3 begins filming early in 2021 and showrunner drops a little tease about Jensen Ackles’ debut 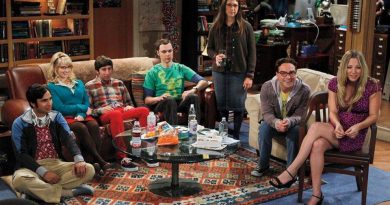 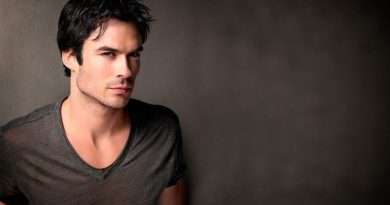