Riverdale star Skeet Ulrich shares some cute photos with his kids. The photos were uploaded for their birthday. Here’s what he said – “Happy Birthday to my little angels ❤️ There is no way to describe the love and joy that you bring to my heart. From your first breaths you have been” You can … Read more

It was announced last year that Riverdale star Skeet Ulrich, who has played Jughead’s father F.P. Jones since Season 1, would be leaving the show prior to its fifth season, with Ulrich citing creative boredom as his reason for departing. Now, a synopsis for the upcoming episode “Chapter Seventy-Nine: Graduation” teases the in-universe reason his … Read more

Riverdale ex-star Skeet Ulrich is going to join Michelle Monaghan in a new psychological thriller film from director Brad Anderson, titled Blood. Skeet Ulrich already has his next career move lined up after confirming he would be departing from his role as Jughead’s father, FP Jones. The 90s heartthrob will join Michelle Monaghan in an … Read more 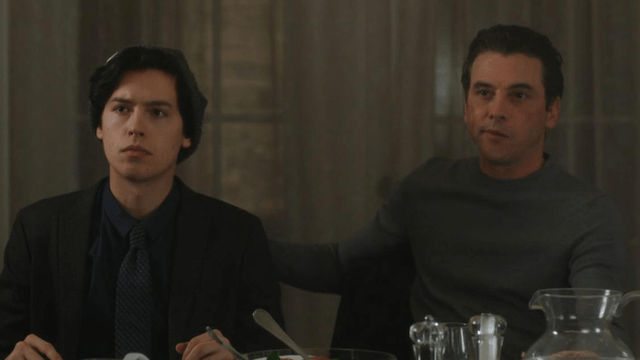 Riverdale’s Forsythe Pendleton Jones will be leaving the series in season 5. But will Jughead Jones’ dad be killed off from the series? Riverdale restarted filming for series 5 last month in Vancouver where the show will pick up where it left off. The final few episodes of series four weren’t completed before the worldwide … Read more

Skeet Ulrich announced was not a secre. In February he already said, that he would be leaving Riverdale after filming its upcoming fifth season. And Skeet Ulrich said goodbye to the long-running CW series on Thursday to mark his last day on set. The 50-year-old actor, who played the father of Jughead Jones (Cole Sprouse), … Read more

Jughead’s going to have even less parental guidance on Riverdale soon enough: Skeet Ulrich will not return to the CW teen drama next season. “I’m incredibly grateful for the friendships I’ve made on Riverdale, and I will miss seeing everyone on a daily basis,” Ulrich said in a statement. “I’m proud to have been part … Read more