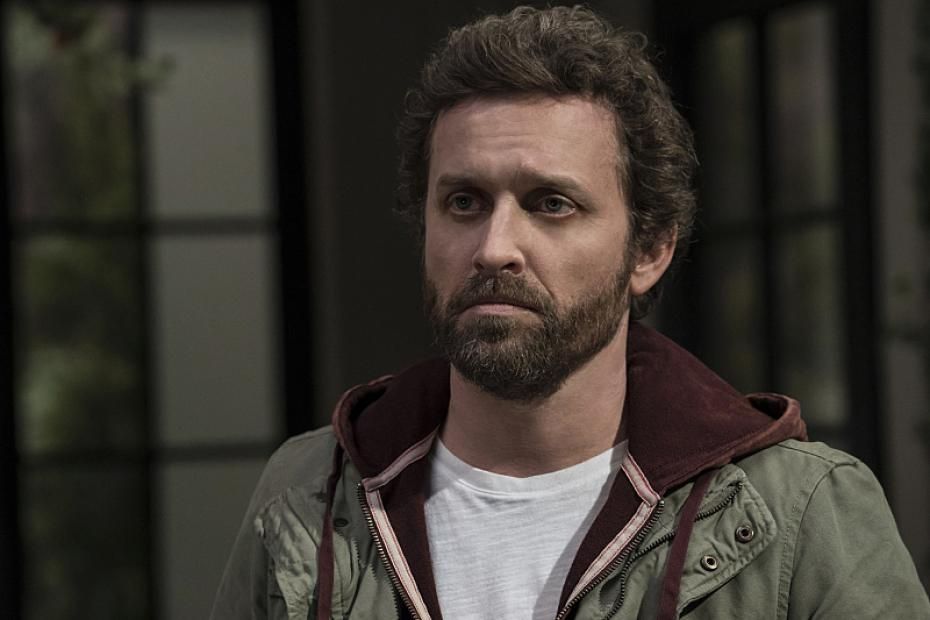 In the Supernatural Season 14 finale, Sam and Dean Winchester royally pissed off God. The brothers were left reeling from both the deaths of their mother, Mary, and their Nephilim ward, Jack — at the finger-snapping hand of his own almighty grandfather, no less. And their moods weren’t exactly helped by Chuck’s irritation at his grand “story” not ending the way he wanted it to.

That comment was enough to tip the Winchesters over the edge. Dean declared they would no longer be mere pawns manipulated by Chuck for his own amusement. Meanwhile, Sam took more drastic action: shooting Chuck in the shoulder with The Equalizer, a gun of his own divine creation. For their insolence, Chuck welcomed them to “the end.”

Season 15’s premiere confirmed the brothers’ commitment to liberating themselves from the deity’s cosmic narrative but, so far, they’ve tip-toed around the question of the actual logistics of this. To be fair, this is mostly because the boys have had their hands full with a possible Apocalypse 2.0. Chuck stamped his foot in the Season 14 finale and Hell cracked open, threatening to flood Earth with every nasty thing the Winchesters had sent down there — and a whole lot more.

Now that the escaped evil spirits have been put back in their subterranean box — at great cost to our heroes — Supernatural‘s final season needs to address the all-seeing, all-knowing elephant in the room: How do you kill God? Or even, should you kill God?

The obvious answer to the first question is the mystical weapon that Chuck boasted could kill “anything.” Even though this claim about the Equalizer appeared to be proven incorrect, the fact it even leaves a mark is impressive enough. Previously, the only thing we’ve seen inflict significant damage on the Creator is his own sister, Amara — the darkness to his light. It appears, too, that this is no coincidence.

Amara was who Chuck went to right after being shot, and it didn’t take her long to spot the toll the wound was taking on him. No longer able to zip through realities in his weakened state, Chuck threw himself at her mercy. He even hinted that she might be able to heal him, implying that the energy he’d used to create the gun’s quantum “bullets” could be similar to Amara’s own life force. She is The Darkness, after all. What greater darkness is there than death itself?

As long as Amara remains coldly ambivalent to her brother’s plight, it could just be a case of waiting for the Equalizer’s mysterious injury to run it course within Chuck’s body. The only downside is that the same fate could befall Sam, as firing the Equalizer — as its name suggests — harms both the wielder and target.

Speaking of death, what about… Death? Death is the only being in Supernatural whose power level is on par with God and The Darkness. In fact, Death has a position of authority over God, in a sense, because according to the primordial being itself, it has the power to reap all souls when their time comes, God included at “the end of time.” 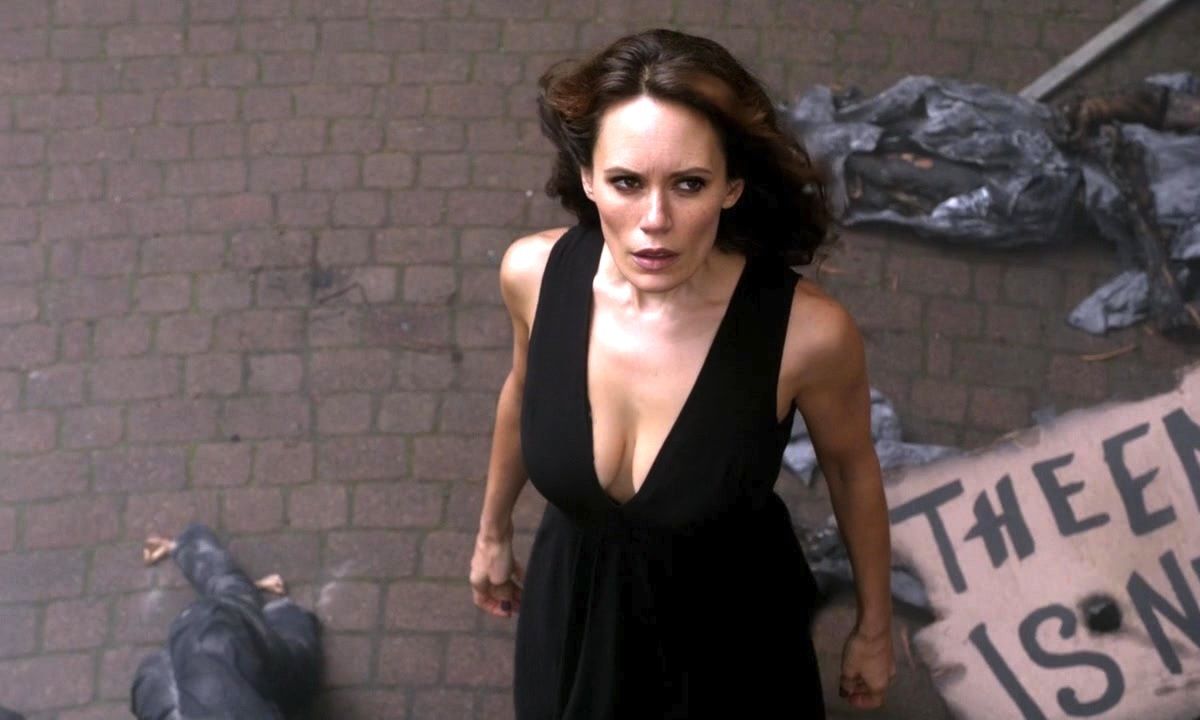 But Death, unlike God, has a more obvious weakness. The Grim Reaper once took the form of a fast-food loving senior citizen who prowled Earth’s roads in a snazzy, ’59 Cadillac. Then, an angry Dean made the foolhardy decision to off the ruler of the Reapers in order to save Sam — as always. He pulled off this impressive feat using Death’s own scythe, presumably the only weapon capable of doing so, effectively prioritizing his brother over the natural order of the entire universe.

Order was restored, however, when a Reaper named Billie, who Castiel had killed, was resurrected to fill the vacancy. She’s, understandably, had it in for the Winchesters and their allies ever since, especially Dean.

Obviously, there must always be a Death in the universe. But must there always be a God? We learned the answer to this in the Season 11 finale, which saw Chuck and Amara going head-t0-head in a grudge match that threatened to tear the fabric of reality apart. In the process, it’s revealed that the existence of everything created by Chuck is apparently contingent on his own continued existance, as is Amara’s — and vice versa. Basically, if they die, so does everything else. Death, being a natural force of its own, is the only thing exempt from this law.

This means that, as far as we know, God can be killed by Death, Amara and possibly the Equalizer if enough time passes. Or, should Chuck’s power continue to dwindle thanks to his wound, Sam and Dean might just be able throw their usual arsenal of spells and relics at the All-Mighty and get the job done themselves.

Of course, given what we — and they — know what would happen to reality should this happen, it seems that even a Dean Winchester who doesn’t think twice about offing Death itself would (should) give the idea of doing the same to Chuck more consideration. Even when Sam fired a gun he thought capable of doing this, you’d think he would have gone for a headshot if he’d seriously meant to go through with it.

Going back to the mantle of Death being passed from Reaper to Reaper, could a similar system of succession be possible for the “role” of God? We have no idea whether or not God’s powers are transferable, but… why not? God’s whole thing is creation. Why couldn’t he pour his essence into a viable vessel? Jack, his grandson, might be the perfect candidate. There’s the small matter of his soul being gone and his body smote by Castiel, but there’s probably no problem another snap of Chuck’s fingers couldn’t solve. The tricky part at this stage in their tattered relationship would be getting the Winchesters and a wrathful Chuck back on speaking terms to negotiate all this.

Then again, considering the last time we saw Jack — in The Empty, after his death — he was in the company of both The Shadow, The Empty’s ruler, and Billie, Jack’s return could be out of God and Sam and Dean’s hands entirely. Maybe the Grim Reaper’s bony hand in God’s demise will go ahead as destiny dictates, after all.

Make no mistake, the question of whether Sam and Dean should kill God isn’t an ethical one. As seasoned hunters, the pair are professionally unscrupulous in their regular dispatching of magical beings. Each season of Supernatural also demands the head of a big bad, and when you’ve killed the Devil and Death already, only a decisive battle against God will suffice where the need for rising stakes is concerned.

We know the methods and we know the consequences. Really, the only unknown factor is how far Sam and Dean are willing to go to win their freedom and, in turn, the freedom of everyone else in the universe.